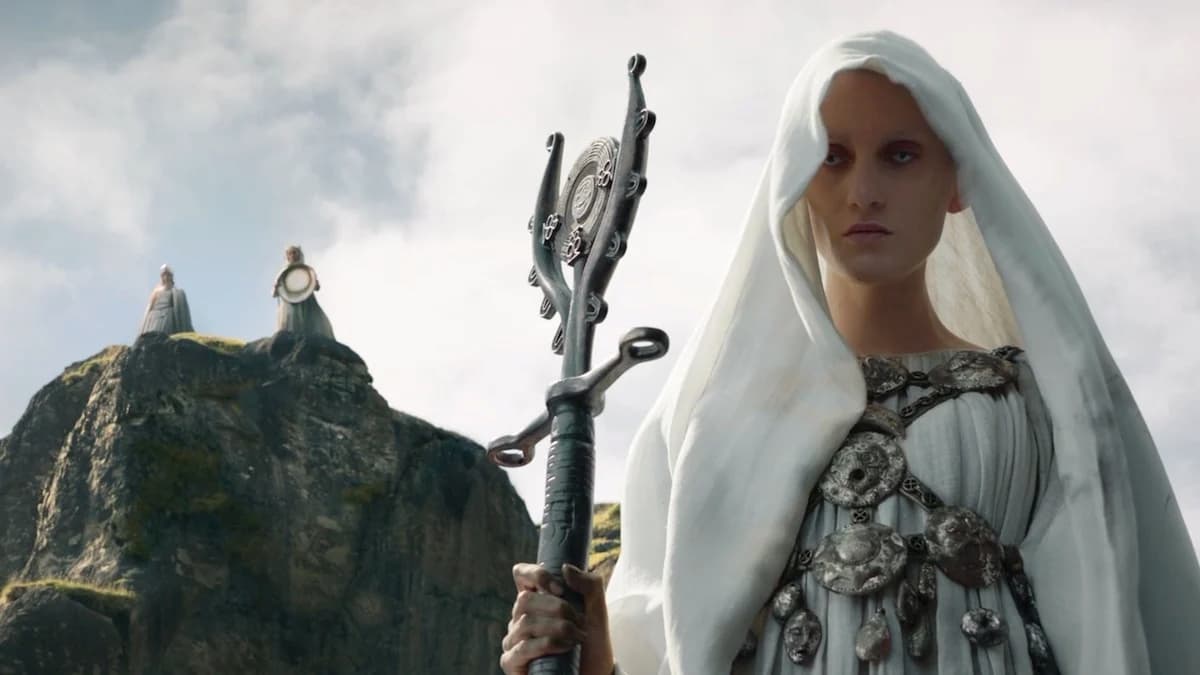 In recent episodes of Amazon’s The Rings of Power several characters have been introduced whose true purpose and identity is yet to be seen. The Stranger and just about everything connected to him is a mystery: especially the white robed figures investigating the spot where he fell from the sky. Their appearance in episode 5 raises a number of questions. Here’s everything you need to know about who the white robed people in Rings of Power are.

Who the White Robed People Are in Rings of Power

It’s too early to know the purpose of the white robed figures in the show; however, the names of the figures have been revealed in the credits. Their names are The Nomad, The Ascetic, and The Dweller. Additionally, the executive producer of Rings of Power Lindsey Weber revealed in an interview with Time that these characters come from the far east of Middle Earth.

This area, known as Rhun, was never fully fleshed out by Tolkien, giving Amazon some creative freedom in depicting it. The Lord of the Rings books do reveal that Sauron consolidates his power and builds an army before invading from the east. This means that The Nomad, The Ascetic, and The Dweller have the potential to be dark wizards associated with Sauron. It will be fascinating to see how these white robed figures interact with The Stranger.

That’s everything we have on who are the white robed people in The Rings of Power. The next few episodes may have the answers to the show’s burning questions. Check out some of our other Rings of Power content like where Numenor is or who’s the High King.