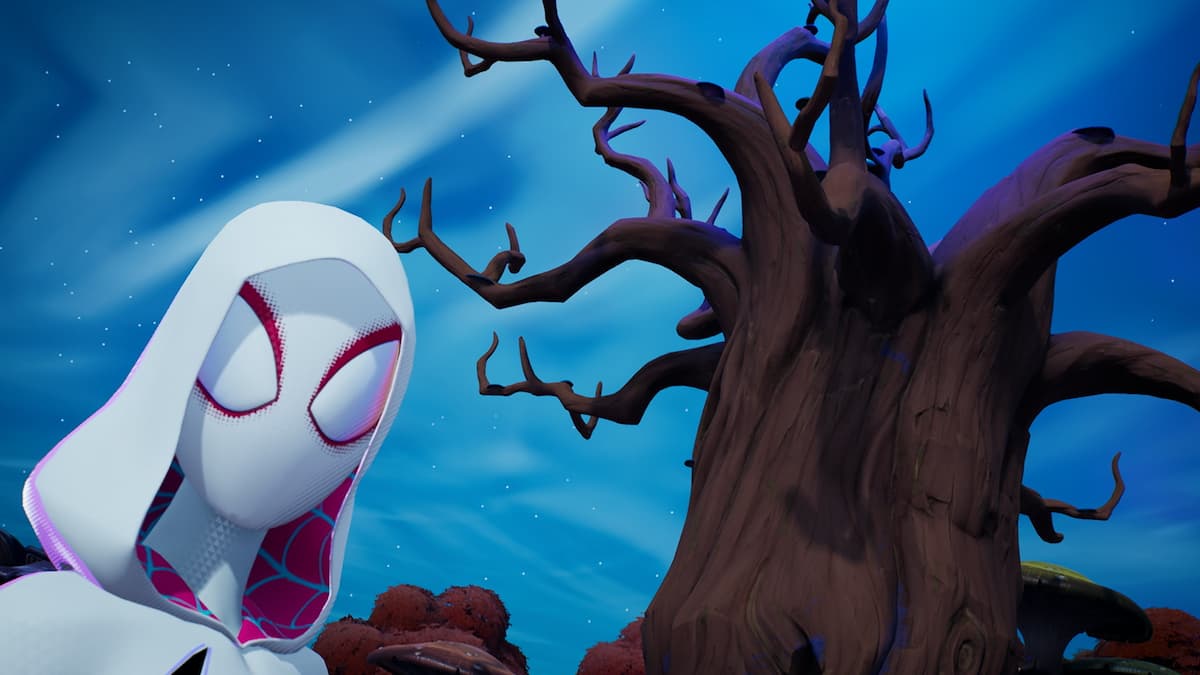 With the arrival of a fresh, new season of Fortnite, comes a brand-new Battle Pass teeming with different new cosmetics for players to unlock. This season, there’s a big emphasis on ‘Chrome’ being the theme, with new metallic-tainted named locations, weapons, and a big bad called ‘The Herald’ as the secret Battle Pass skin. In this guide, we’ll be running you through what the level 100 skin is on the Fortnite Chapter 3 Season 4 Battle Pass.

Yep, that’s right, the Tier 100 skin is no other than Spider Gwen, from the Spider-Man universe. Gwen was leaked as an upcoming skin a good few weeks ago, and now we know exactly what we’ll need to do to add the female Spidey to our in-game Locker.

Gwen will have both a masked and unmasked variant, as shown in the tweet below from popular Fortnite leaker and dataminer iFireMonkey.

Alternatively, the best ways to earn XP and level up fast in Fortnite Chapter 3 Season 4 is to complete the various weekly and storyline quest challenges that drop in-game. These will award players with tens of thousands of XP and are relatively straightforward to complete, too.

The other ways to make sure you’re earning a good amount of XP in matches is, honestly, to play well. If you perform well and end up finishing as one of the last few players, you’ll automatically get a bunch of XP for it. Opening chests, catching fish, replenishing your shields and interacting with other objects around the map will also see you racking up some easy XP.

That’s everything you need to know on what the Level 100 Battle Pass skin is in Fortnite Chapter 3 Season 4. For more tips and tricks on the game, be sure to check out the links below. We’ve got you covered with guides on all weapon balance changes, all new, vaulted and unvaulted weapons, how much XP you’ll need for every level, and what the Fortnite Chapter 3 Season 4 map looks like.