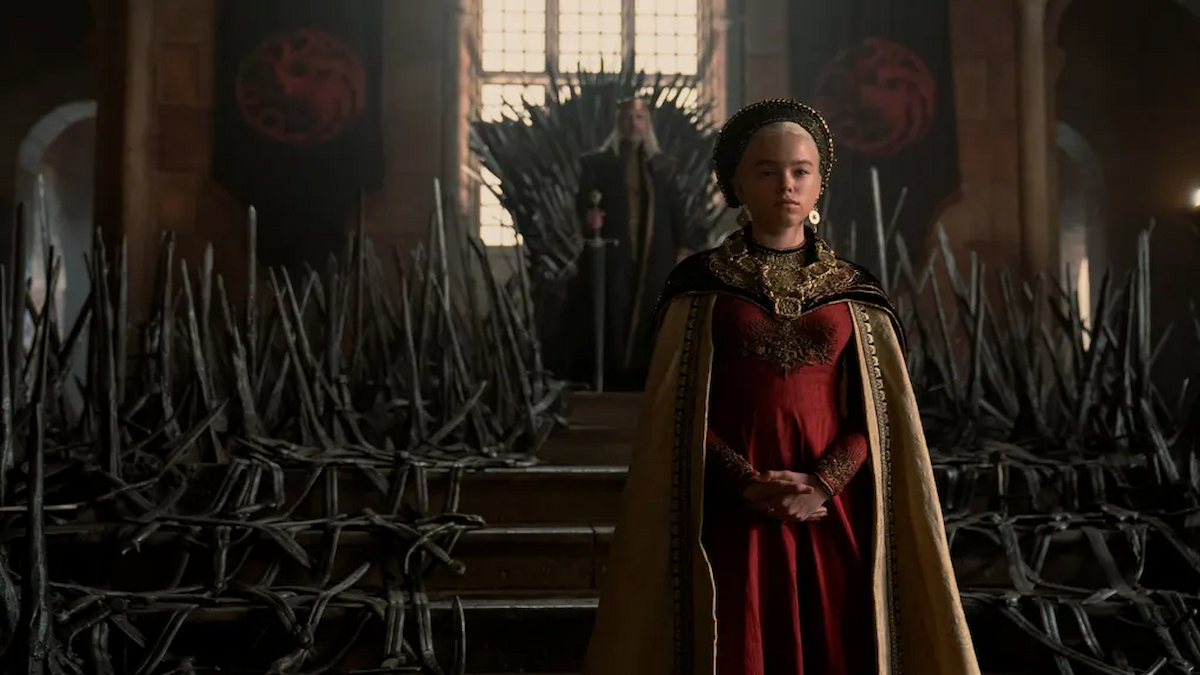 Given that it’s set a century before Game of Thrones, HBO’s new spin-off show introduces plenty of new lore to the world of The Seven Kingdoms. That includes one curiosity highlighted in a recent episode; here’s what a White Hart is in House of the Dragon if the scene it featured had you confused.

What Is a White Hart in House of the Dragon? Answered

The white hart is a stag, a male deer which is a rare prize for a hunting party such as the one which had ridden out to the Kingswood for a grand hunt in celebration of Aegon’s second name day.

More importantly, according to Targaryen traditions, the white hart is regarded as a good omen and a sign of great things to come for Viserys’ reign and Aegon’s potential claim to the Iron Throne.

Interestingly enough, and as is so often the case with many worlds from popular fantasy novels, the white hart has its roots in human history. The white hart was the personal badge of Richard II of England, a 14th-century king, which has also gone on to become a popular name for British pubs even to this day. It is, in fact, the fifth most popular name for a pub or Inn.

Again, in the context of the show itself, and as we’ve explained in our detailed guide on the subject, the white hart’s appearance in Episode 3 symbolizes Rhaenyra’s own claim to the Iron Throne instead of Aegon.

That’s all you need to know about what a White Hart is in House of the Dragon. Be sure to search for Twinfinite for more news and information on the show, including where the Stepstones are geographically, and who is in the Kingsguard at this point in time.