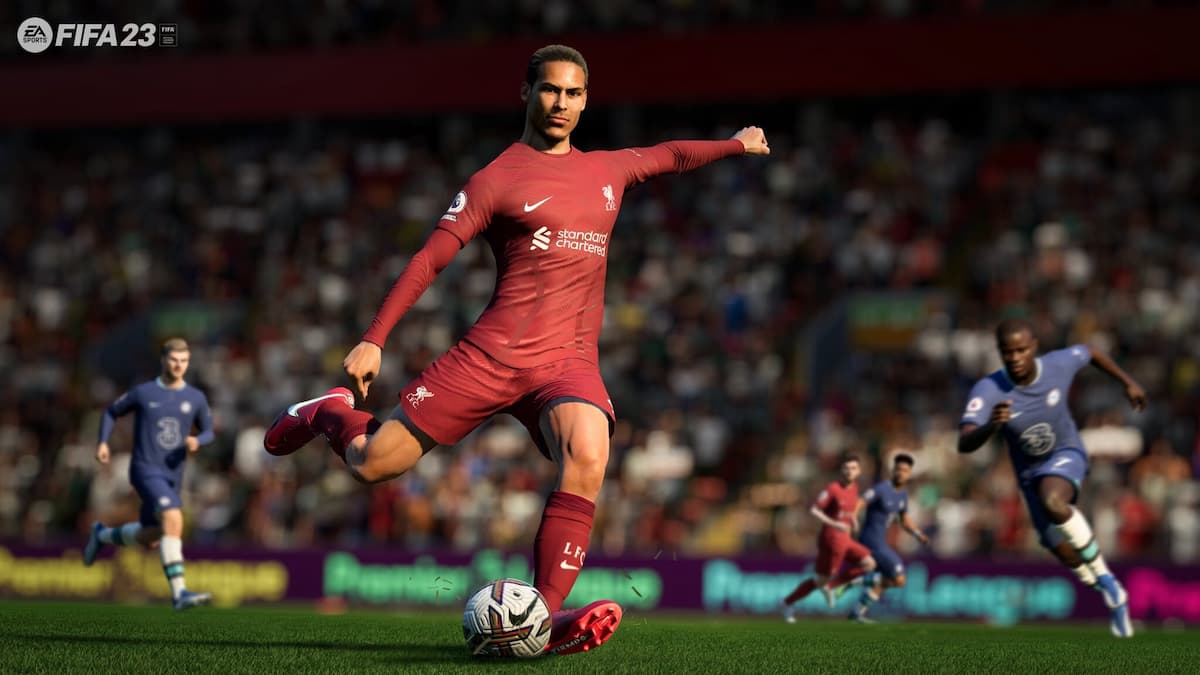 FIFA 23 is upon us, and with it, excitement. Yet while player ratings are all well and good, nothing quite compares to taking the field with a powerhouse. So today, we’re going to break down all the best teams in FIFA 23.

As one could imagine, the likes of Manchester City and Liverpool are inescapable in England. But this isn’t Premier League 23, this is FIFA 23, and we’re here to show you every single five-star team the game has to offer.

The Big Three of Spain remain, though it could be argued that Atlético just about sneaks on to this list. Outside of that, La Liga boasts multiple teams with four-and-a-half stars, including Real Betis, Real Sociedad, Sevilla, and Villarreal.

Union Berlin [ 74 / 73 / 74 ] may be challenging the norms by sitting atop the Bundesliga table after seven matches in real life, but FIFA 23 has made it unequivocally clear that the Bundesliga is a one-team league. And with Bayern’s run of dominance, we cannot blame them. Borussia Dortmund, Bayer Leverkusen, and RB Leipzig all lag behind at the four-and-a-half star mark.

Best Serie A Teams in FIFA 23

Like the Bundesliga, only one Serie A club sits atop the five-star mountain in FIFA 23. Unlike the Bundesliga, it’s a lot more even. Coming in at four-and-a-half stars include the likes of Bergamo Calcio (Atalanta), Juventus, Latium (Lazio), AC Milan, Napoli, and Roma.

Woof. Not only does Ligue 1 offer up PSG as its only five-star side, no other club even reaches the four-and-a-half star threshold. There is a smattering of clubs at four stars, but again, woof. If you’re looking for a Career Mode challenge, maybe think about taking a side from the depths of Ligue 2 and turning them into a powerhouse.

The best of the BWSL is clear for the world to see, but the likes of Manchester City and Manchester United appear to be right on their heels at four-and-a-half stars.

Let’s all rejoice in the fact that it’s not just PSG this time around. Additionally, Paris FC comes in at four-and-a-half stars.

For those looking for actual clubs in the Rest of the World, it’s slim pickings. Amusingly, the MLS All-Stars can muster up four-and-a-half stars as well. But if you’re looking for some fun, AFC Richmond (four stars) and Wrexham FC (one star) are available.

We get a nice bit of variety here with eight different men’s national teams, as well as the likes of Brazil, Croatia, and the Netherlands all knocking on the door with four-and-a-half stars.

Fewer national sides, but still a nice variety. On top of that, Brazil, Canada, Netherlands, and Sweden follow closely behind with a four-and-a-half star rating.

So there you have it, folks—everything you could possibly know about the best teams in FIFA 23. Do any of them stand out to you? If so, be sure to leave a comment below!

And if you’re looking for more FIFA 23-related content, Twinfinite is the place to be! We’ve got other guides such as how to do the Mbappe Crying Celebration and how to play with friends—as well as endless information at the links below.