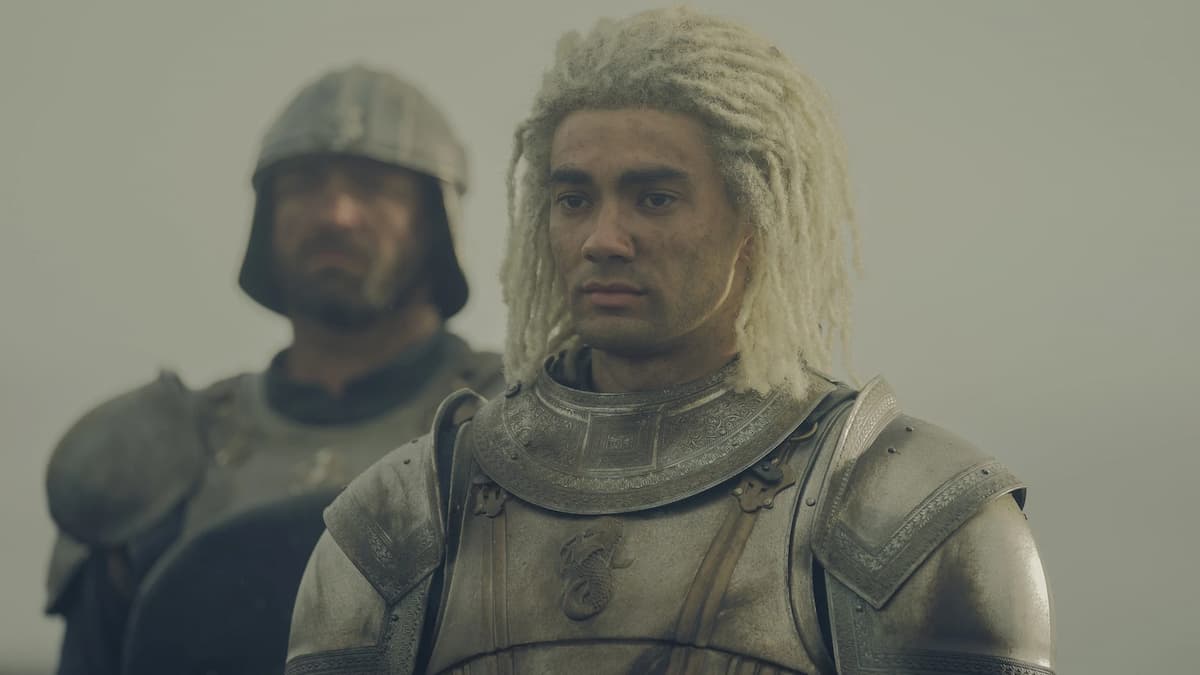 The sixth episode of HBO’s House of the Dragon series introduced a whole bunch of kids and babies into the mix, and it can be tough to keep track of who’s who, and who’s an illegitimate child and who’s not. But we’re here to help you get everything straight. If you’re wondering if Joffrey is Laenor’s son in House of the Dragon, here’s what you need to know.

Who Is Joffrey’s Father in House of the Dragon?

On paper, yes, Joffrey is Laenor’s son in House of the Dragon. However, Laenor is not his biological father. Joffrey’s biological father is Harwin Strong, who’s been having an illicit affair with Rhaenyra for the past 10 years.

This is why all of Rhaenyra’s children have dark hair, even though both Laenor and Rhaenyra have silverish platinum hair. This is also why Alicent asks to see the baby immediately after it’s born, as she wants to determine whether the baby was actually fathered by Laenor himself rather than Harwin. She also makes the comment to Laenor that he should keep trying, and one of his kids will eventually look like him.

While Joffrey might be a bastard, he was also named after Laenor’s boyfriend from the previous episode, who was beaten to death by Criston during their wedding dinner.

That’s all you need to know about whether Joffrey is Laenor’s son in House of the Dragon. Be sure to search for Twinfinite for more news and information on the series, including the symbolism of Alicent’s green dress.