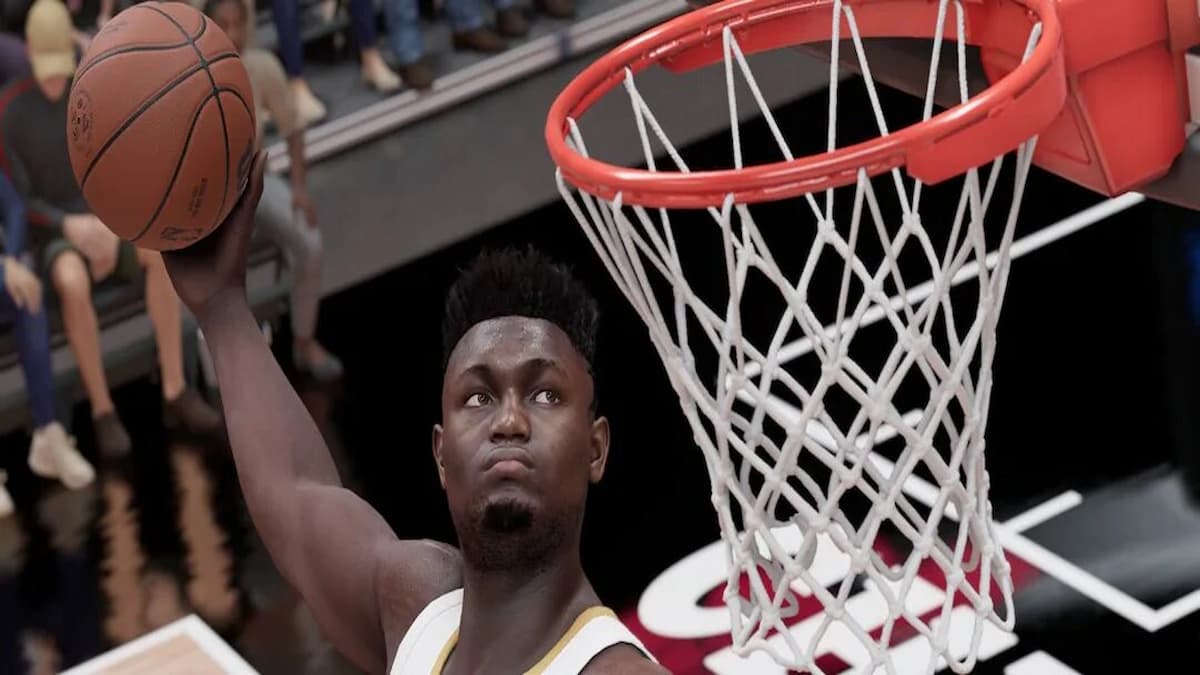 Who doesn’t love dishing out a little bit of style on the hardwood? NBA 2K games have always presented their players with the tools to do just that, and they’re not slowing down anytime soon. So if you want to put a little extra on your scoring touches, why not master the art of the alley-oop? This guide will show you just how to perform an alley-oop pass in NBA 2K23.

Never content to settle for just one, there are actually three different alley-oop passes in NBA 2K23 for players to attempt: to a teammate, to yourself, or with a slick bounce pass.

Alley-Oop to a Teammate

The lob pass has often been the best friend of a 2K player, and 2K23 is no different. To perform a good old-fashioned alley-oop to a teammate, simply double-tap the lob pass button and move the left joystick towards who you wish to receive the ball. That’ll be Triangle on PlayStation, Y on Xbox, and X on the Nintendo Switch.

However, do make sure your intended target(s) are either near or at least moving towards the basket as you attempt an alley-oop. If not, you run the risk of tossing the ball harmlessly out of bounds—or, perhaps worse, dropping it right into the hands of the opposition.

Don’t trust your teammates to get the job done? No problem. Perhaps that isn’t the issue, and you’d just rather show off. Whatever the case may be, there’s an easy way to keep an alley-oop all for yourself. Once again, simply double-tap the lob pass button. This time, though, make sure your player is currently making their way to the rim while also operating within plenty of space.

There is always the chance that this registers as a regular alley-oop, and thus tosses the ball to a nearby teammate, but do not fret! Making sure your player has plenty of space is crucial. A little bit of practice wouldn’t hurt either.

Let’s get nuts! NBA 2K23 also gives players the option to time a bounce pass alley-oop to a teammate—and trust us when we say the emphasis is very much on timing. To pull it off, the player must hit the pass and bounce pass buttons at the same time while directing the left joystick to their intended target. That’ll be X + O on PlayStation, A + B on Xbox, and X + A on the Nintendo Switch.

That’s everything you need to know as it pertains to the alley-oop pass in NBA 2K23. Now it’s time to get out there and bring your own style to the court. While you’re at it, check out our other guides for NBA 2K23 at the links below. And as always, keep your eyes on Twinfinite for even more, including a rundown of all VC prices and microtransactions in the game.