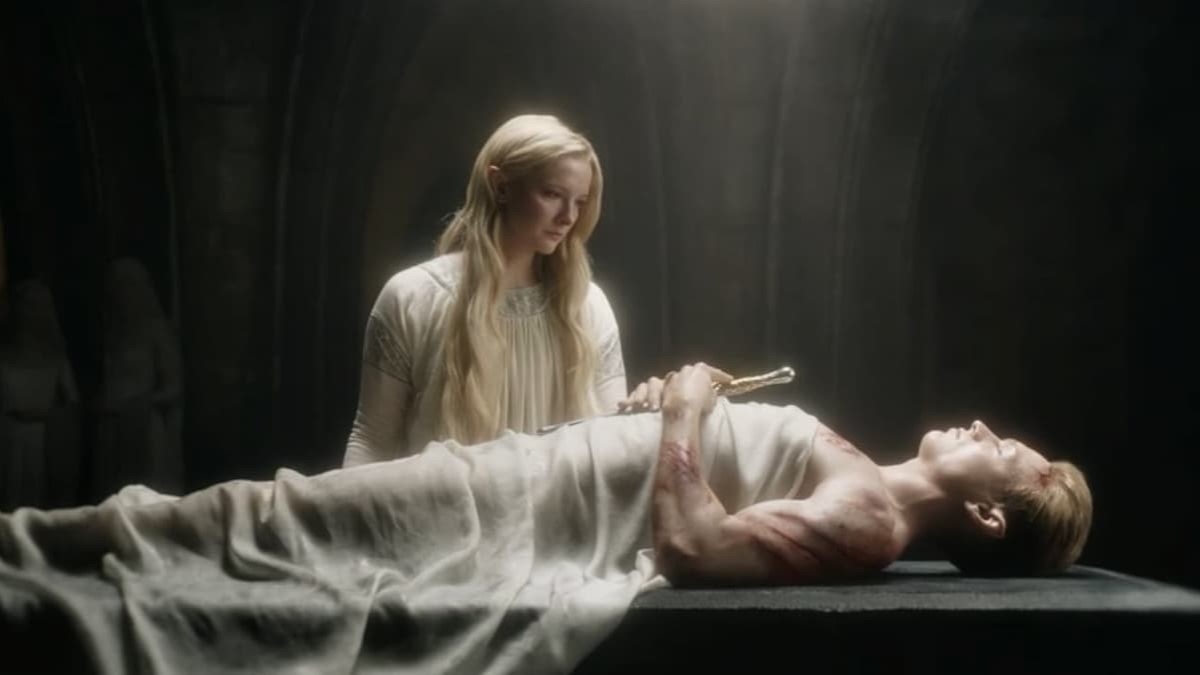 Galadriel’s brother, Finrod, was a noble warrior that fought in several battles, along with his kind-hearted nature that befriended many elves and men. But, since he is briefly mentioned in The Lord of the Rings: The Rings of Power, some question how the character died in the show. In this guide, we’ll provide you with some answers to this inquiry by examining the events of the Amazon series and The Silmarillion.

How Does Finrod Die in The Rings of Power? Answered

During Episode 1 of The Rings of Power, Galadriel tells the story of the infamous enemy, Morgoth, that once brought darkness to their realm until he was finally defeated. Unfortunately, the Dark Lord’s most loyal servant, Sauron, survived, resulting in Finrod’s mission to bring him down. Yet, while the elf searches for his enemy, Sauron finds him first and ultimately kills Finrod in battle.

Therefore, Galadriel carries on his goal of eliminating Sauron as she tries to decipher the strange markings on her brother’s body. However, the storyline within The Silmarillion differs from The Rings of Power since Finrod doesn’t die at the hands of the show’s main antagonist.

In the book, the elf owes his life to a man named “Barahir,” who saved him in the battle of Dagor Bragollach. As years go by, Barahir’s son, Beren, asks Finrod for help to get the Simaril from Morgoth’s Iron Crown, and the prince happily accepts the request due to his connection with his father.

The two characters set out on the quest and are accompanied by several others while disguising themselves, thanks to Finrod’s talents. Eventually, Sauron captures the group and imprisons them to find out who they truly are by using a werewolf to brutally attack them.

Once it was Beren’s turn with the vicious animal, Finrod knew that he had to protect Barahir’s son because of his debt and killed the wolf without any weapons. At the same time, the elf prince gets mortally wounded during this attack, but these heroic efforts allow him to be reincarnated, where he returns to Valinor.

What Does the Symbol in Finrod Mean?

The symbol on Finrod in The Rings of Power is Sauron’s trademark sigil, which is still a mystery to the elves in the show. Some fans have indicated that it looks like Sauron’s legendary eye, while others say the symbol resembles the layout of Mordor. Furthermore, Galadriel has mentioned that it is a trail that will lead you to him, but we have yet to see what this sigil means in future episodes of the series.

We hope this guide helps you understand how Finrod died in The Rings of Power. If you want more content about the show, you can explore the relevant links below and see our guides about how long elves and dwarves live and if Sam and Frodo are in the Amazon series.