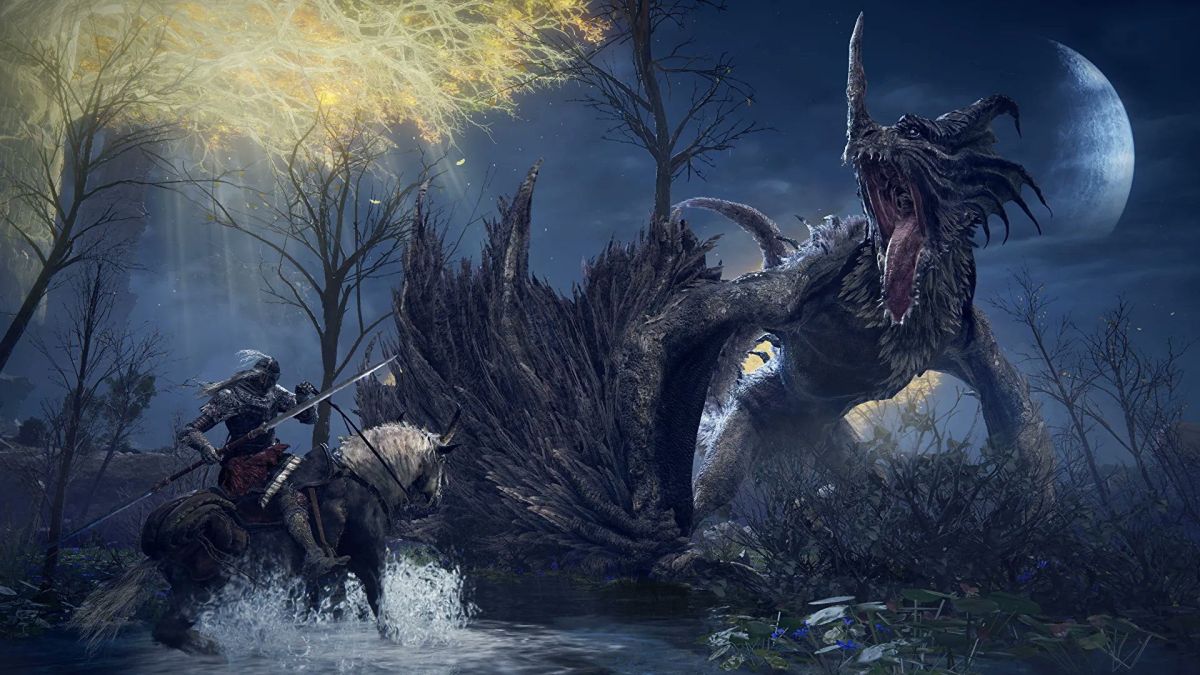 If you’re into magic, then FromSoftware’s latest RPG has a lot to offer, but if you’re wanting to become a spell caster then you’ll want to know where to find the best Astrologer gear early on. Here’s the Elden Ring Meteorite Staff location, and where to find the Rock Sling gravity spell, a combination that makes for an extremely powerful early-game build.

The Meteorite Staff is powerful because it scales S with Intelligence, meaning that Astrologer builds benefit from huge damage buffs for every level of Intelligence they pour into their build. Unfortunately, the staff isn’t actually upgradable with Smithing Stones, but that doesn’t really matter because S scaling more than makes up for that — at least in the early to mid-game.

If you have already got or have considered getting the Demi-Human Queen Staff, which is superior to the standard Astrologer Staff, then our advice is not to waste your Smithing Stones upgrading it. Instead, get the Meteorite Staff as it’s much better — especially so because it increases the damage output of Gravity spells, one of which can be found nearby to its location as we’ll also show you below.

The Meteorite Staff is an item you can go and get right from the start of the game after you have acquired your mount, Torrent. It requires you to ride quite a long way and dodge a lot of powerful enemies along the way, but it’s certainly possible from as low as Level 10 or so.

The Meteorite Staff is located in Caelid, east of Limgrave. Specifically, it’s found in the Street of Sage Ruins in the Aeonian Lake Swamp. This area is extremely dangerous to any character under level 15 or so. Do not even think about taking on the enemies here. Don’t worry, though, all you need to do is quickly ride in, grab the gear, and ride off into the sunset.

From the Site of Grace on the shore of the Aeonian Swamp, ride down to the shore and hug the left side of the swamp, carefully avoiding the enemies who will wake up and chase you. There is a ruin ahead of you with stairs leading up to a window. Hanging out the far end is a corpse with an item. This is the Meteorite Staff. Pick it up, then quickly ride off and head towards the ruins opposite it.

You are looking for another abandoned ruin on the other side of the swamp. In the center are steps going down into a cavern. Go down there and quickly open the door to reveal a chest with the Rock Sling spell.

Now you have both items, it’s time to ride off quickly! After you have your new gear equipped, you can reap the benefits of this powerful combination of staff and spell.

That should give you everything you need to know about the Elden Ring Meteorite Staff location and where to find the Rock Sling gravity spell. Be sure to search for Twinfinite or check our guide wiki for more tips, tricks, and information on the game.