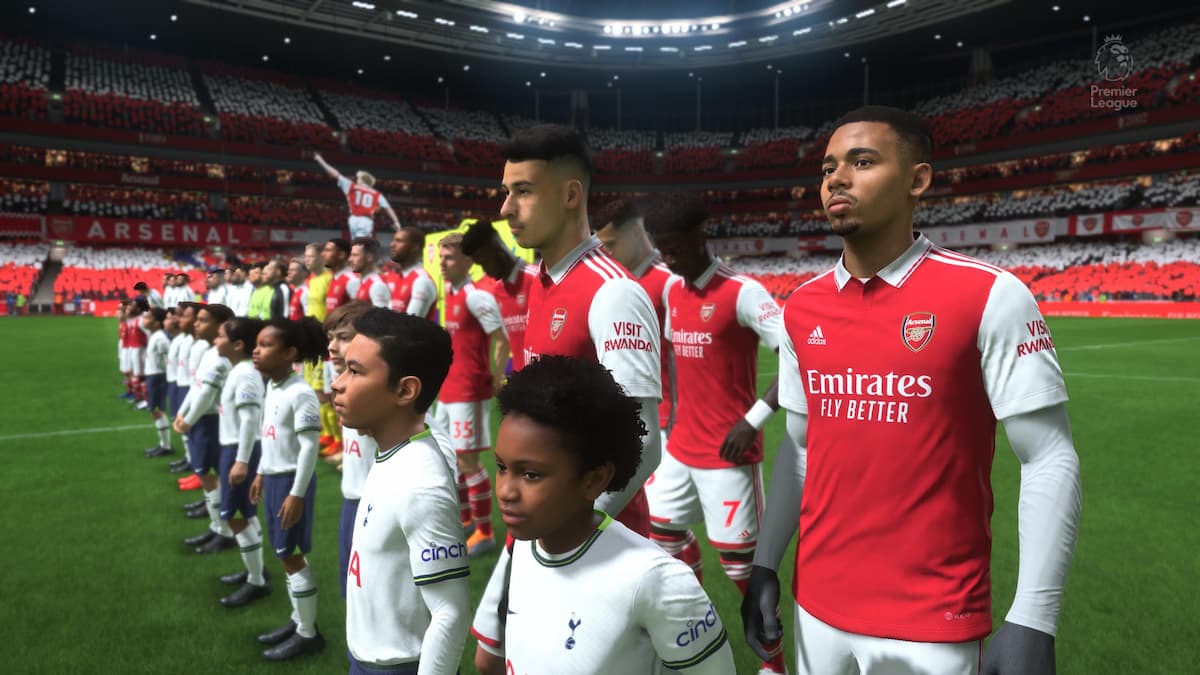 There’s no debate quite like a player ratings debate, and the latest installment of the long-running football series appears to be no exception. This time, it’s Arsenal fans taking exception to what FIFA thinks of them. So what’s all the fuss about? Well, let’s break down all Arsenal player ratings in FIFA 23 so you can judge for yourself.

Through seven Premier League matches, Arsenal are off to a flying start. They currently sit atop the table with six wins and one loss (18 points) with the third-best goal difference (+10) and third-highest amount of goals scored (17). That may be why some fans have taken offense to the latest batch of ratings.

So to make it easier for all of you, we’ve gathered all Arsenal player ratings in FIFA 23 into this tidy table.

So here’s the thing—largely, these ratings are fine. Let’s take a couple of factors into account here. First off, this game was ready to go well before the Premier League season began. Secondly, not many could’ve predicted this type of start from the Gunners.

For what it’s worth, I’d argue the likes of Ødegaard and Jesus should be a tad higher. That said, with the way things are going, plenty of Arsenal players stand to get a bit of a ratings boost or special FUT cards if their early-season form continues.

Saliba already has one—an 83-overall Team of the Week card—and it wouldn’t be surprising to see Ødegaard, Jesus, and Martinelli receive similar treatment. Regardless, player ratings are hardly the end all when it comes to FIFA.

That said, these are all the Arsenal player ratings in FIFA 23. Should they be better? Be sure to sound off in the comments below! And, keep your eyes on Twinfinite for all of your FIFA 23-related needs. We’ve got guides such as how to get loyalty in FUT and how to do a power shot—not to mention endless information at the links below.