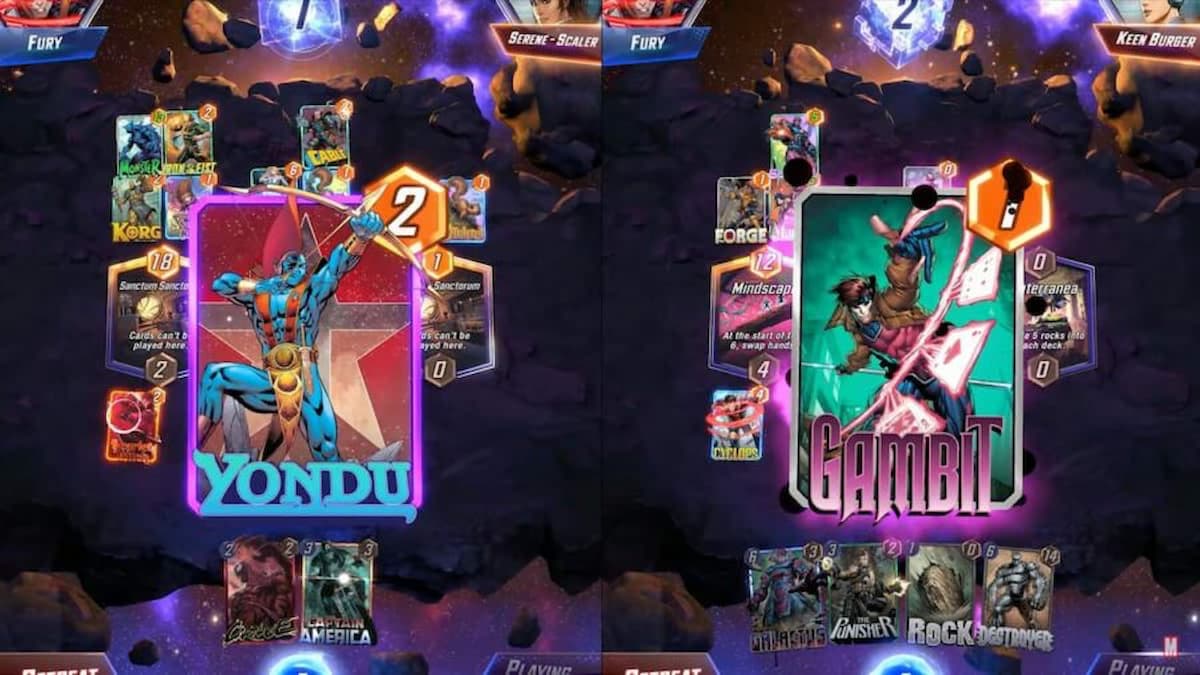 After spending nearly three months in closed beta, it’s official: Marvel Snap finally has a global release date for both PC and mobile devices. While early beta players have probably become extremely familiar with the game’s existing cards and locations at this point, the latest trailer showcases quite a few small, but key, changes that will be present in the final build.

The current iteration of Asgard in Marvel Snap allows the winning player at that location to draw two cards after turn four. However, in the trailer, the location effect has been changed to: “On turn 4, cards here can move.”

That’s a pretty major change to Asgard. Previously, players were incentivized to play there for the extra card draws, as being able to empty out your deck as much as possible can give you a huge advantage in your matches. With the new change, however, the card draws are gone, and cards placed there can be moved on turn four instead.

This is huge for movement-based decks, especially since there aren’t a lot of locations in the game right now that really benefit that archetype. It’s a change that makes sense too. Heimdall moves cards to the left, while the Bifrost location moves cards to the right. It’s only fitting that the other Thor-themed location in the game assists with movement as well.

We also got our first glimpse at a brand new location in Marvel Snap. The iconic Daily Bugle office will be added to the game, and the location effect is as follows: Get a copy of a card in your opponent’s hand.

It’s pretty similar to White Queen’s effect, which gives you a copy of the highest cost card in your opponent’s hand, except the Daily Bugle gives you a random card instead. Information is key in Marvel Snap, and this will give you just a tiny bit of information into the kind of deck your opponent is playing, and might also allow you to plan ahead and play around their next move.

Another new location is getting added to Marvel Snap, and I already know people are gonna hate this one. The Collapsed Mine fills the entire lane with rocks, and players will have to skip a turn in order to remove those rocks.

This sounds incredibly awful on paper. Information is key in Marvel Snap, but so is board management. If your board space becomes extremely limited, it’ll be difficult to play your cards effectively and efficiently, and the Collapsed Mine could really throw a wrench into your plans.

That being said, there are a couple of deck archetypes that could benefit from this. Anything with Sunspot and Infinaut would work with this location, for instance. If you managed to place Sunspot in the Collapsed Mine before it was revealed, skipping a turn allows Sunspot to buff up in the meantime.

Patriot decks will also work well with this location, especially if your opponent doesn’t have a way of clearing those rocks without skipping. Patriot can buff the rocks to give you an advantage in that lane instantly, while your opponent has to work around them.

She-Hulk was one of the cards that featured in the trailer, and she was revealed to be a 4-cost, 3-power card with the following ability: Costs 1 less for each unspent energy last turn.

However, a datamined version of the card suggests that she’ll be a 6-cost, 10-power card instead. She-Hulk’s finalized stat line is still unconfirmed, but considering that the trailer does feature some pre-patched cards like the 1-cost, 2-power Scarlet Witch, we may very well get the 6-cost, 10-power version in the final build instead.

We’d previously thought that she’d be the featured season pass card for the Heroes for Hire season, but we got Daredevil instead, and She-Hulk’s still nowhere to be seen. With her unique ability and adjusted stats, however, we’re definitely excited to see how she plays in the current meta.

Variants are most likely going to be Marvel Snap’s main source of monetization, so it’s important that they actually look good. Judging from the new variants that got shown off in this trailer… yep, they do look good.

Juggernaut already has some really cute variants in the beta, but his new one in the trailer looks even better. We even get a glimpse of a new Luke Cage card here, another Doctor Strange variant, as well as a cartoonish Hulk variant that players can get by pre-registering on Android.

iOS players won’t be left out either, as pre-registering for the game on an Apple device will also get you a nifty-looking Iron Man variant.

And those are four little details you might’ve missed in Marvel Snap’s global launch announcement trailer. Did we miss anything else? Let us know in the comments down below.