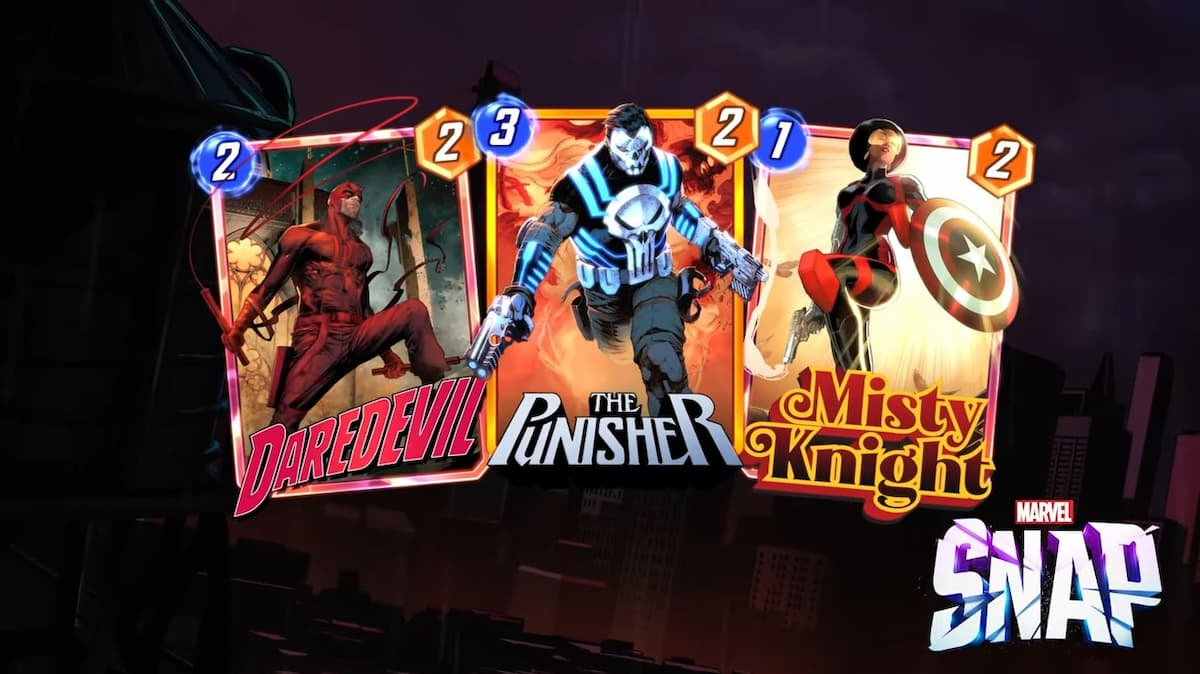 If, like me, you were convinced that She-Hulk was going to be the star of Marvel Snap‘s third season, well, egg on your face. And mine, I guess. The third season has just dropped, titled Heroes for Hire, and it introduces Daredevil as a new card for players to experiment with.

Daredevil is a 2-cost, 2-power card with an ability that sounds pretty nuts: on turn 5, you’ll be able to see your enemy’s plays before you make your own. The card does need to already be on the field for this to work, and this could make for some very interesting plays and counter-plays going forward.

Just like with the first two seasons, Heroes for Hire also comes with its own season pass. The paid track will grant you Daredevil and a variant at level 50, along with other goodies like extra card backs, variants, avatars, as well as Gold and Credits. The free track does offer up quite a bit of free currency, but if you’re an F2P player, you’ll need to wait about two months before Daredevil gets added to the collection track.

In other news, Wave, who was the featured card in the very first season, Atlantis Beach Club, is now available in the collection track. This means that you’ll have a chance of pulling her card in Pool 3 when you open a Collector’s Cache or Reserve. It’s also worth noting that while She-Hulk is nowhere in sight, her card has been datamined, and we might still see her in the coming weeks.