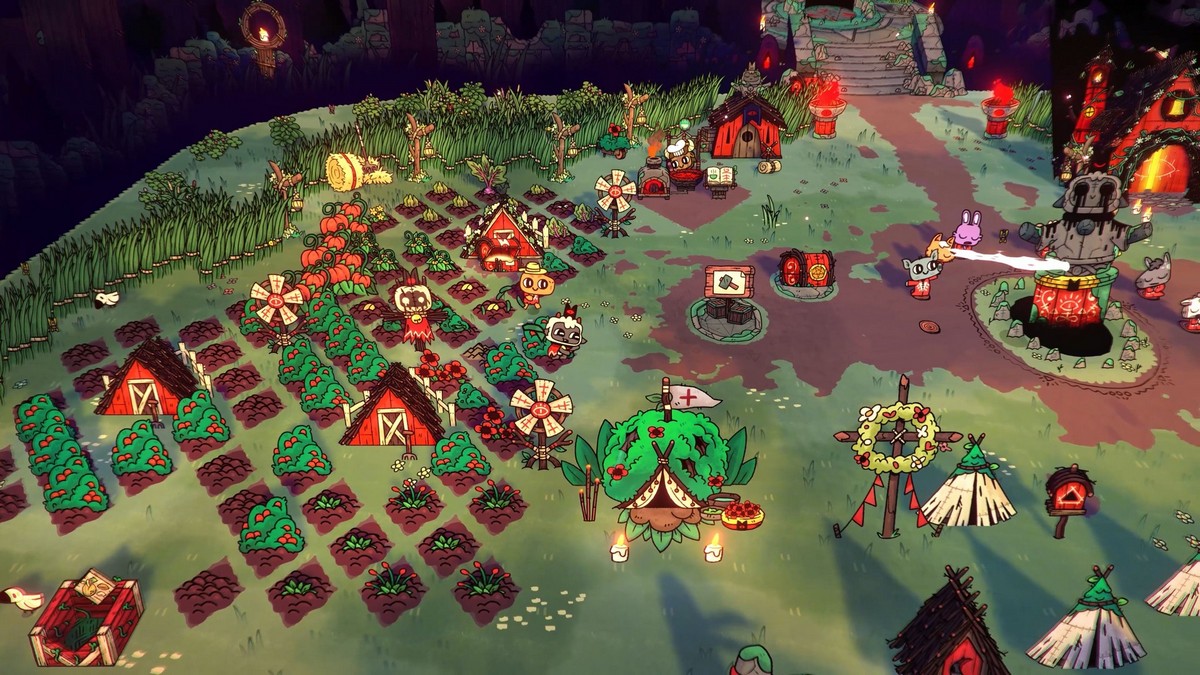 Having a devoted following is a good thing when you are trying to run a cult, and having a variety of followers makes things more interesting visually. In Cult of the Lamb, sheer numbers can be enhanced by distinct looks, and if you are seeking ways to unlock more Follower forms in Cult of the Lamb, you are in the right place.

Unlocking Follower Forms in Cult of the Lamb

You’ll unlock Follower forms in Cult of the Lamb in a number of different ways naturally, as they’re often given as prize drops for defeating enemies while on a crusade. This is especially so when defeating mini and main bosses.

In addition, there are also triangle-shaped mirror-like objects and vendors located in almost all the major locations that are available outside of your crusades. To purchase more forms, simply spend gold at each of these, and it’ll add the form to your book of selections. This will allow you to have a healthy collection of different Followers that can fill your cult with devotion and faith.

There are ones that you can unlock in each area and ones that can be unlocked in general. We’ve listed how many are in each below.

Armed with this knowledge of how to unlock more Cult of the Lamb Follower forms, it is time to grow the cult even more. For more tips and tricks for the game, be sure to check out our other guides, including how to gain and maintain faith, how to command your followers, or how to make the most out of your food. For everything else, please search Twinfinite.