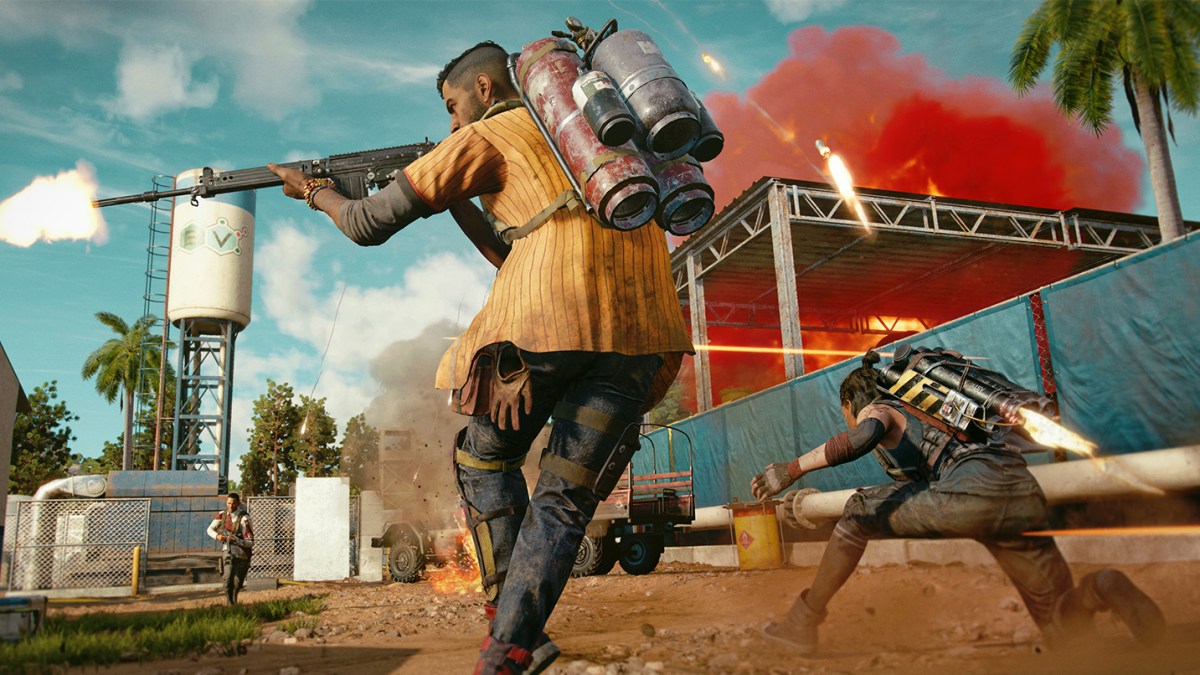 Tanks and choppers are by far the most annoying enemy vehicles to come face-to-face with in Far Cry 6, but fortunately, you can turn the tide of battle against them pretty easily with the help of Zeusito.

Sometimes, you just want to make things go boom. Especially so when you have a tank, plane or helicopter hunting you down across Yara. While the Zeusito can be a lot of fun, there’s no weapon in the game that packs quite such an explosive punch as the RPG-7.

Here, we’d recommend equipping the Gunslinger, Trigger Discipline and Nimble Shooter mods, as these will increase draw and holster speed, aimed weapon damage, and improve your movement speed with this incredibly weighty and cumbersome weapon on the battlefield. Without mods, the RPG-7 is great, with them, it can make you a force tank drivers across Yara will fear.

An assault rifle is your right-hand… weapon(?) in most shooters, and in Far Cry 6, the very best one you can get is this rather fetching one called the SSGP-58. With incredibly high stats in Damage, Accuracy and Handling, this weapon allows you to mow down waves of enemies with relative ease.

What attachments and mods you whack on it is entirely up to you, but we’d recommend putting on the Resolver Reflex Sight Mk. 2 and Laser Pointer, as well as the Trigger Discipline and Vampiric Triada mods. This will make the weapon even more accurate and easy to use, while also giving you a chance of healing when dealing damage with the weapon.

It might not be quite as fun or outrageous as some of the other weapons in Far Cry 6, but the SSGP-58 is easily the most balance and well-rounded weapon you can get.