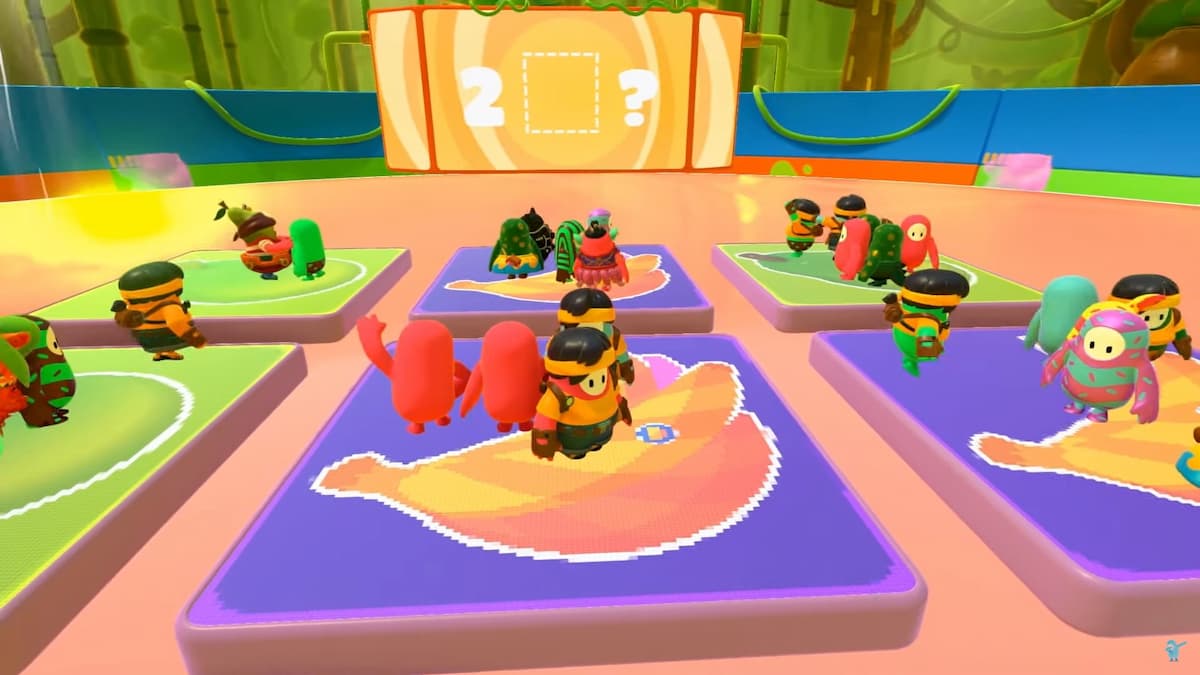 Wondering how to play Count the Fruit in Fall Guys? Also known as ‘Sum Fruit,’ this round has been throwing a ton of players off because of how vague the in-game description is, and how difficult it can be to actually see what fruit you’re supposed to be hopping on. In this Fall Guys Sum Fruit guide, we’re going to explain absolutely everything you need to know about the minigame, so it never gets in your way of securing a Crown again.

The in-game description of Sum Fruit reads: “Count the fruit. When the screens show the quantity, stand on the tile of a fruit matching that number.”

The easiest way to explain how this works is to break the round down into its different segments, and that all starts with counting the fruit.

1. Count the Fruit that Drops Into the Arena

You then have 12 seconds in the first round, or 17 seconds in rounds two or three of Sum Fruit to memorize the amount of each type of fruit.

Once the timer has ran out, purple slime will begin rising from the floor of the arena. Use the platforms in the center of the arena to avoid this, and then step on the grey tiles that appear. Don’t fall into the slime, or you’re out completely.

3. Look at the Arena Screens to See the Number

When the grey tiles appear, look around the edge of the arena and you’ll see a number of yellow screens. These screens will have a number on them, and this will correspond to one of the types of fruit that dropped into the arena.

4. Stand on the Fruit Tile That Matches the Number of Fruit Displayed On-Screen

You’ll have five seconds to pick the correct tile. After the correct answer is shown on the screen, the tiles of the wrong answers of fruit or random objects will disappear, plummeting the players standing on them into the slime and eliminating them from the game.

As long as you survive all three rounds, you’ll advance to the next minigame in Fall Guys.

Remember, this challenge can be tricky at first, you’re not alone! Hopefully now you’re able to wrack up some more wins with confidence. There you have it, that’s everything you need to know on how to count the fruit in Fall Guys’ Sum Fruit minigame. For more tips and tricks on the game, be sure to check out more of our coverage on the game below.