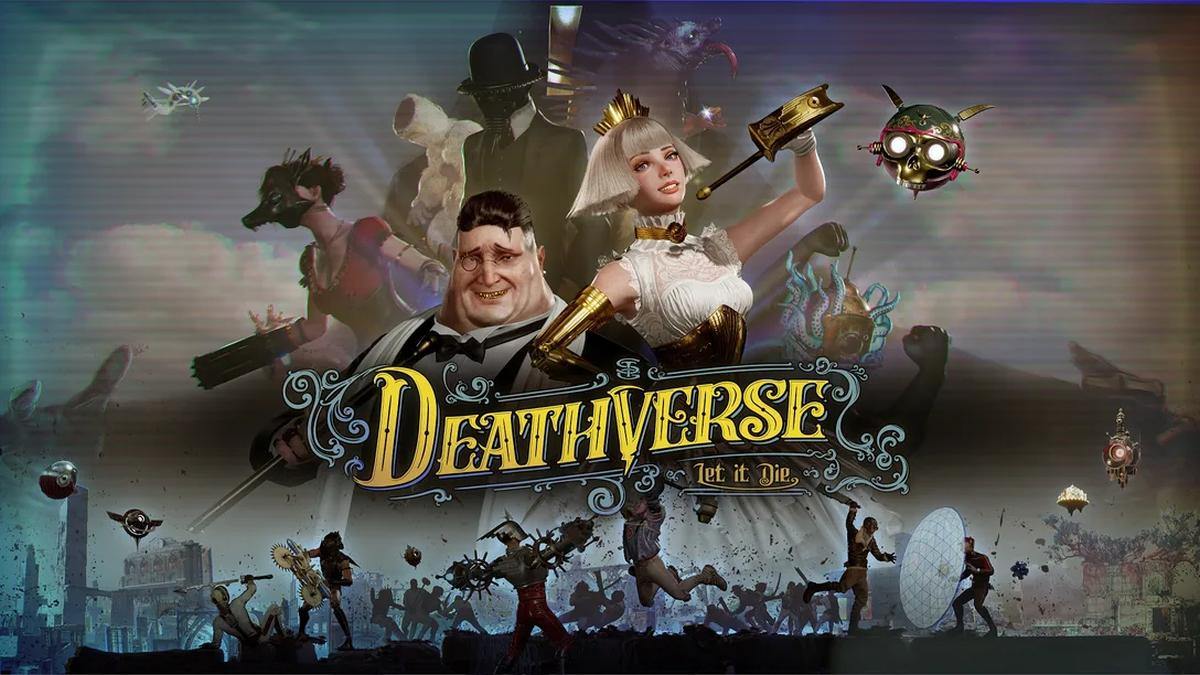 Supertrick Games is working on the follow-up to Let it Die, titled Deathverse: Let it Die, and it’s a rather different game. The new title is going to be a PvP survival game, so it’s quite the departure from the original, but the recent beta revealed interesting gameplay and potential.

To know more about the upcoming game, we talked with director Hideyuki Shin about the project’s origins, what we can expect, and more.

Giuseppe: Could you talk about the origin of Deathverse: Let It Die? When did you realize you wanted a new Let It Die game, and why?

Hideyuki Shin: Originally, we launched Let it Die, and about a year after the game started, it got a number of downloads and we started to examine the pros and cons of the game. That’s when we started to talk about what to do next.

We didn’t really decide that it was going to be a continuation of Let it Die. We were just kind of talking about what to do and the idea came up so.

We actually had a lot of different ideas from what we have now. For example, there was an open-world version of Let it Die… totally different things.

After we went through all the good and bad points of those ideas, we decided that we needed an action game, and we received some feedback from the Ninjala team, indicating that players wanted an online game where they can fight each other. So that is why we decided to create a real-time action game.

Giuseppe: What are your main takeaways from the user survey from the open beta?

Hideyuki Shin: For both myself and the team, it was their first time doing a beta test for a real-time PVP action game, so we prepared a lot of things including getting ready for any network issues, server issues, and all the problems that could happen during the beta.

But surprisingly, the players who really played the beta for a long time didn’t really have any issues with it. On the other hand, depending on the player, some would kind of get stuck in certain places that we didn’t expect players to.

So a lot of things that we expected did happen but also it went beyond our expectations so and we’re all thankful and surprised that people who are used to action games and people who haven’t tried the beta. A lot of different types of gamers participated.

But from players who aren’t former Let it Die players or players who had a neutral standpoint, we received positive answers. They wanted to play more and they had fun. We were very surprised and thankful for those answers.

Given the survey results, what we plan to do is, of course, make a game that Let it Die players will enjoy, but also one that can be enjoyed by those who weren’t Let It Die players. We’re trying to adjust the game and to make improvements for that.

Giuseppe: At the moment the game has been announced only for PS5 and PS4. What’s the reasoning behind such a narrow choice of platforms? It’s undoubtedly uncommon among third-party developers nowadays.

We talked about other platforms during development, but because most of the players that would probably play Deathverse are probably on Playstation we started to create it mainly for PS5 and PS4.

Giuseppe: In the latest developer diary video, a PC version was mentioned twice but you made it sound like a joke. But come on. Was it really a joke or something we can actually expect?

Hideyuki Shin: Yeah, in the video it did sound like a joke and we’ll keep that vibe for future Dev Diaries, but about that question about a PC version… Yes. We are planning to release a PC version so please look forward to it. We will actually be announcing this during a livestream on August 17th Pacific Time.

Giuseppe: Will there be more betas before the game is actually released?

Hideyuki Shin: Not for now, but if a situation in which we really need or want to do a beta test came up, it could happen. That being said, for now, there are no plans for another one.

Giuseppe: What kind of optional microtransactions can we expect in Deathverse: Let It Die?

Hideyuki Shin: like other free-to-play PVP games, we’re going to have a similar system, so we’ll have seasons and season passes and other things like skins to customize your player.

Giuseppe: So there won’t be anything that gives an advantage in the gameplay, correct?

Hideyuki Shin: Yes, there won’t be any microtransaction that will give you an advantage for the gameplay itself.

Giuseppe: Collaborations and crossovers are very popular in free-to-play games. Is there a dream collaboration you’d really like to do? I’m talking about personal desires and dreams. I know you can’t tell me about any that you’re actually going to do.

Additionally, I like movies and this might be very difficult, but I believe that the Aliens or Predator movies might go well with a game. So those are some examples.

Giuseppe: You said you’d like to add new maps. What can we expect from those?

Hideyuki Shin:  Each stage is made up of 7 units, and we do plan to add new designs and new shapes to those stages. We’ll also, of course, add different variations of existing units and stages, on top of different designs of the structure of the units.

We also have NPCs called Cryptids, which are weird creatures in the game, and we also plan to add Cryptids that are specially made for certain units, so they would only appear in those certain areas.

Giuseppe: Here’s something I’ve always been curious about: How did you come up with Uncle Death?

Hideyuki Shin:  Of course, Uncle Death is originally from Let it Die. And that idea came up when we still were working at Grasshopper. We were thinking about a story and a character that could represent the game and we wanted a character that was created within the game.

The original idea was inspired by Rakugo, are familiar with it? There’s a Rakugo titled “Shinigami” which means grim reaper. That was the original inspiration.

[Editor’s Note: Rakugo is a traditional form of Japanese comedic storytelling from the Edo period, “Shinigami” is one of the most popular and tells the story of a lazy man who needs to make money quickly and ends up summoning a Shinigami, who is bound to him and promises to help him make money to win his freedom back]

Giuseppe: Is there anything else you’d like to add or tell your players?

Hideyuki Shin: Since Deathverse is a game where players can fight each other, If you only look at it like that, it looks like a simple melee action game, but we think that adding the concept of survival to it is not that common

The initial concept of this game came up fairly quickly pretty easily, but from that, there were a lot of difficulties, and a lot of thought and time were put into it.

We’re proud of what we have now, and we hope that players can enjoy it. At SuperTrick Games, this real-time PvP gameplay is a first for us and a challenge.

In addition to playing the game, it has become the norm to just watch games being played instead of playing directly, so we want to incorporate this because this game is about a survival TV show. That’s why we planning a way to involve viewers outside of the game, if that makes sense. We can’t he can’t talk about it too much for now, but that is something we are planning to do and hopefully, players and viewers can look forward to it.

Deathverse: Let It Die will launch as a free-to-play game-as-a-service “soon” for PS5, PS4, and PC.