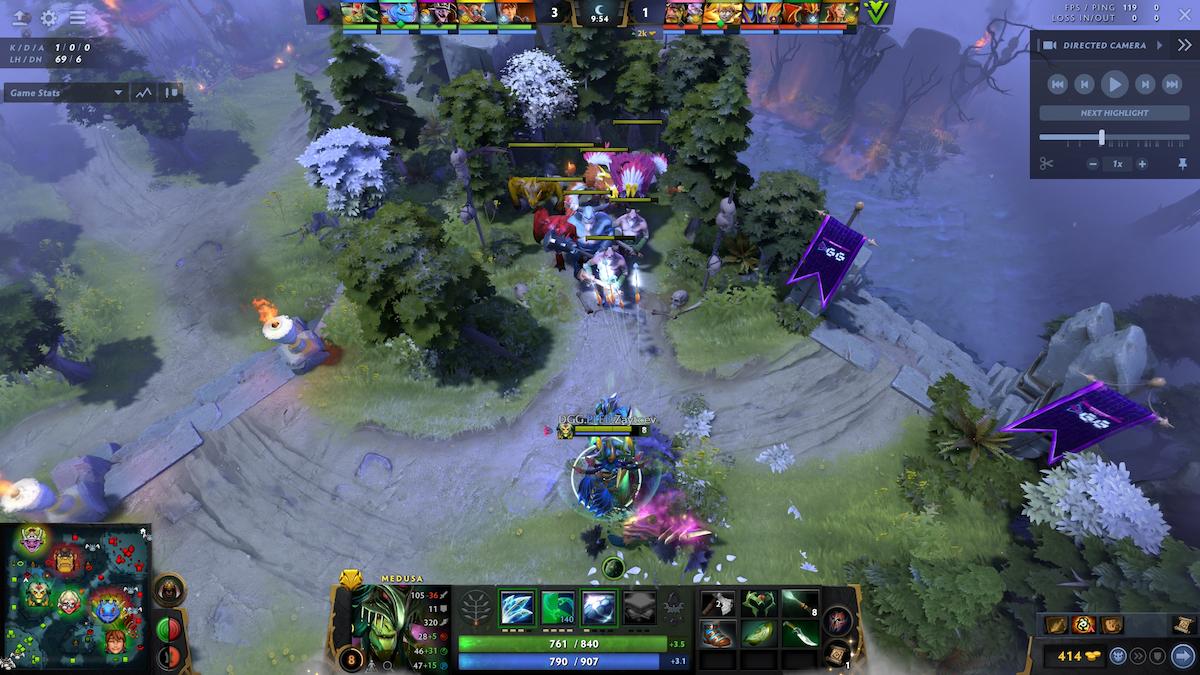 Wondering what the top 5 Best Dota 2 Carries for Patch 7.31d are? Well, you aren’t alone, as the game’s meta is constantly evolving. Every released patch can make or break any particular hero, change the map, or edit the value of gold and experience. With this in mind, here is everything you need to know.

Ursa is a fantastic hero no matter the patch, the reason is rooted in his ability kit:

Overpower and Fury Swipes, in particular, are why he thrives in the current patch theme of faster games and less gold accumulation. Consistently, the patches released for Dota 2 make the game end faster and reduce the speed at which one can acquire gold due to jungle creeps giving a flat bounty. In the past, creeps had their bounty increased every minute; however, since Ursa thrives off of levels and not items these changes impact him less.

Overpower essentially maxes one’s attack speed, where Fury swipes generate stacks of physical damage destroying even the tankiest of heroes. Along with decent base armor and excellent base movement speed, Ursa gets a spot in the top 5 Carries.

Did I mention he is the only hero who can solo Roshan under 10 minutes into the game?

Medusa is a hero that has been strong for a few patches. Despite the nerf to bounties and a faster laning stage, Medusa negates these issues by having built-in farming tools with Split Shot and Mystic Snake.

While other heroes have to stay in lane until they get a Battlefury or Maelstrom, so they can AoE farm the jungle camps, Medusa has AoE right-click damage from level one if you so choose. In a faster-paced meta, skipping a farming item and opting straight for team-fighting items gives her a solid edge.

Pair this with the ability to replenish her mana, effectively double her health pool with Mana Shield, and be a team fight monster with Stone Gaze– Medusa easily makes one of the best carries of 7.31d.

Just don’t pick her into Anti-Mage.

Juggernaut is an extremely popular hero choice for both professional players and otherwise. He has everything a good melee carry should have:

His abilities are well-rounded and provide a powerful toolset:

Most notably, Blade Fury while active provides complete magic immunity. The concept behind Juggernaut is to farm and keep pressure by constantly pushing in lanes until you get the items required to team fight. You can afford to play more aggressively, if the enemy tries to gank you simply pop Blade Fury and teleport out. Rinse and repeat.

Lifestealer is a hero typically free from the burden of having to build a farming item– he rushes tanky fighting items and can indefinitely sustain himself in the lane or the jungle. He has fundamental qualities that make him good in the laning stage, too.

Essentially, you will play Lifestealer very similarly to how you would play Juggernaut.

Lifestealer is a very powerful hero if you follow these guidelines.

Wraith King used to be a very weak hero, then more recently became quite powerful.

Although his starting armor is not fantastic for the laning phase, he has solid base movement speed and Mortal Strike provides a reliable crit to make sure your range creep never gets denied. His built-in life steal and summonable minions (Vampiric Spirit) allow him to jungle if the lane becomes difficult, and his stun (Wraithfire Blast) helps him secure early kills or creeps. He can also team fight earlier due to his ultimate (Reincarnation), which provides another life.

Tackle Roshan and he can die three times in a row, making him a menace for any team. Wraith King is generally a great carry for all skill levels and MMR.

Hope you enjoyed the top 5 best Dota 2 Carries for Patch 7.31d. With practice, any of these heroes can provide consistent wins. Be sure to search for Twinfinite for more video game coverage, including Dragon’s Blood season 3’s release date and today’s Wordle answer.