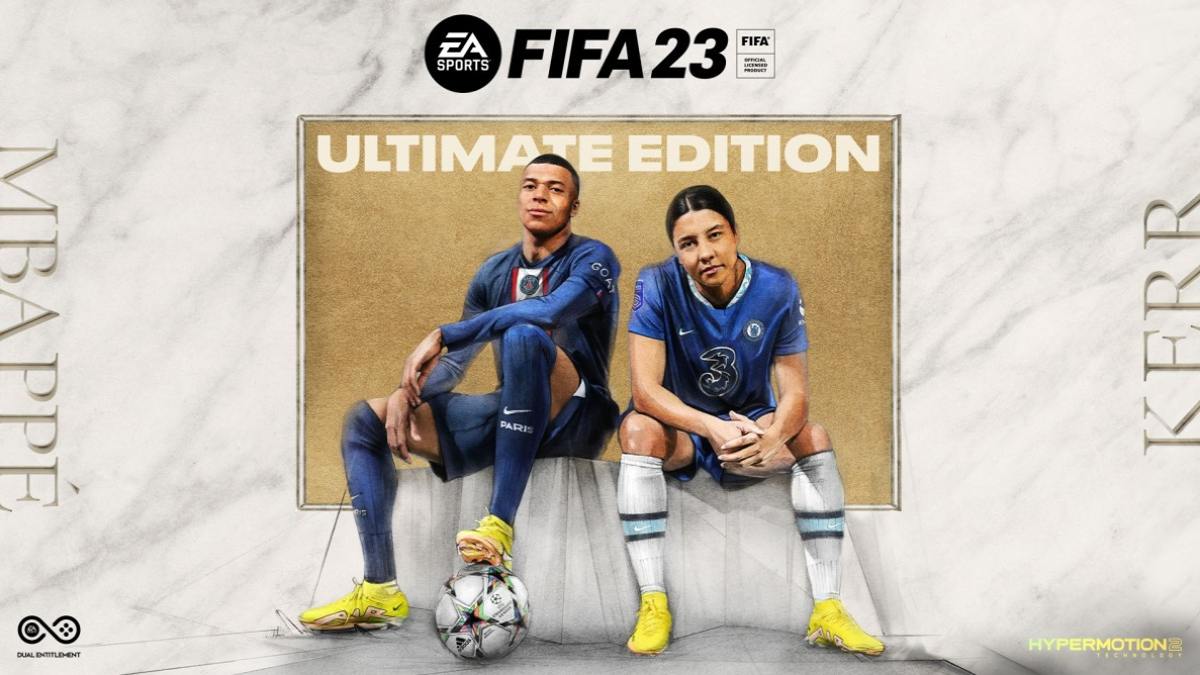 Today, EA Sports has just unveiled both of the cover athletes that are set to grace the front of the upcoming Ultimate Editions of FIFA 23. The reveal makes history, as it features the first woman ever to grace the cover of the game in the franchise history.

Who Is on the Cover of FIFA 23 Ultimate Edition Cover

The cover athletes for FIFA 23 Ultimate Edition are Chelsea forward Sam Kerr and Paris Saint-Germain striker Kylian Mbappé. The former is captain of the Australia Women’s National Team and is the only player to have won the Golden Boot in three different leagues and on three different continents, while the latter has now been on the cover of FIFA for his third consecutive year.

The cover features both stars seated next to each other in their blue kits, with both also sporting bright yellow cleats. More announcements surrounding FIFA 23 are set to be unveiled later this week, including an official trailer that is coming on July 20, 2023, according to the official website.

Be sure to check back to the site on that date for more info. In the meantime, you can also take a peak at all of the other FIFA coverage we’ve got for your down below. That includes plenty of guides, news, and features that fans of the franchise will surely love.