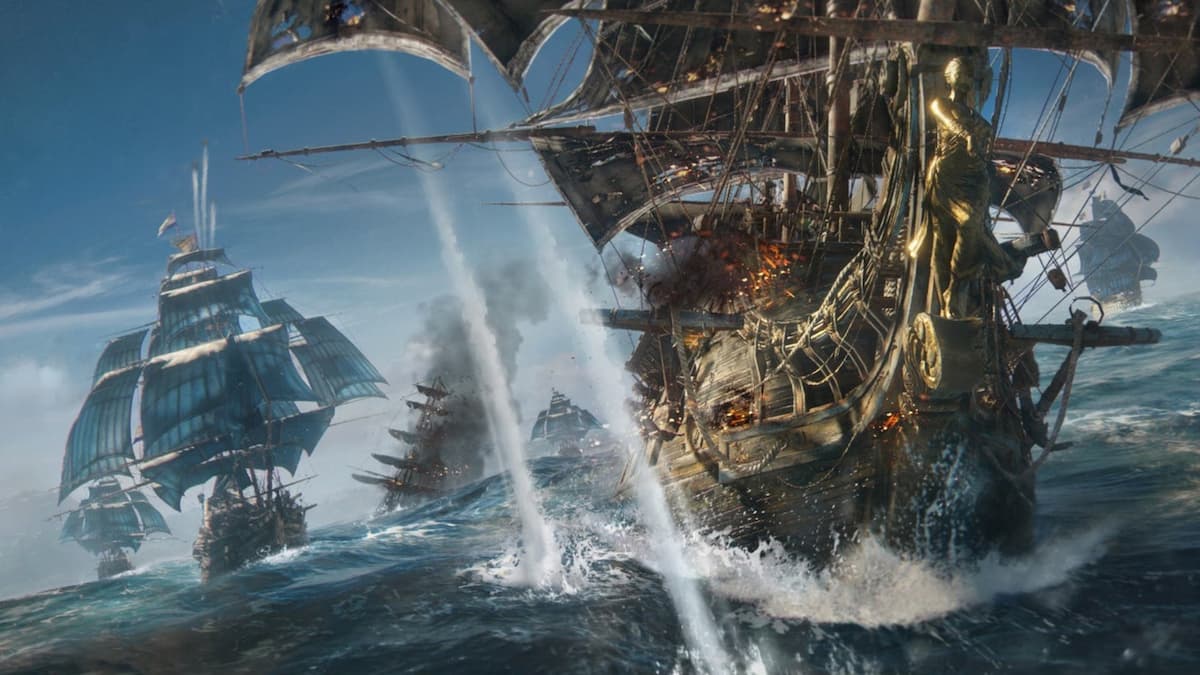 It has now been revealed that Skull and Bones is not coming to PS4 and Xbox One. The gameplay overview trailer that was part of the livestream today includes in its description the platforms the game is available on, and both of the last-gen consoles are missing.

Instead, Skull and Bones will only come to PlayStation 5, Xbox Series X|S, Stadia, Luna, Epic Games Store, and Ubisoft Connect.

Currently, players can head over to the official Skull and Bones page on the Ubisoft site and sign up for future playtests on Xbox Series X|S, PS5 and PC.

When we previously reached out to Ubisoft for comment, they replied stating they “do not comment on speculation.” Currently, it’s not been revealed as to why the last-gen versions were cancelled.

That’s everything you need to know on whether or not Skull and Bones is coming to PS4 and Xbox One. In the meantime, you can check out our Skull and Bones hands-on preview impressions from E3 2018, read up on why the game isn’t connected to Assassin’s Creed, and how combining Sea of Thieves and Skull and Bones would make for the perfect pirate game.