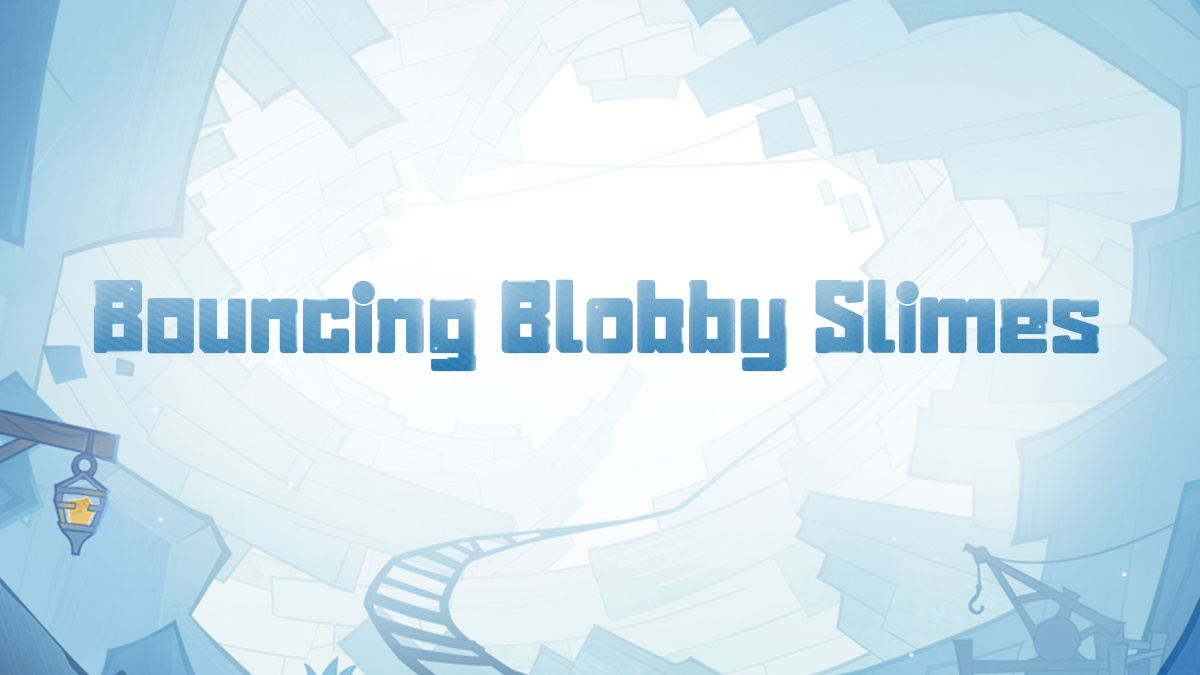 HoYoverse has kicked off a new Genshin Impact web event called Bouncing Blobby Slimes, which runs from July 4, 2022, to July 10, 2022. The primary objective of the players during this event is to help Slime jump across rock platforms until it reaches the end of the map. Doing so will reward players with Blob coins that can eventually be exchanged with rewards. Here’s a detailed breakdown of the Genshin Impact Bouncing Blobby Slimes event.

To participate in the Genshin Impact Bouncing Blobby Slimes event, players must head to the official web event page and log in to their HoYoverse account to play the game. Select the correct server as per your region to get started.

Once you have access to the mini-game, you will initially be required to complete a practice mode that will roughly take your few minutes. During training for this mini-game, you will be asked to bounce a slime by holding the left mouse button or space bar.

This will bring a target line that should be aligned with the next platform for a successful landing. Once the target line is aligned, release the mouse button or space bar to bounce the slime. Landing slime in the center of the platform will reward you with 30 points.

Soon after you complete the training, a level called Rolling Stones will be unlocked for you. A certain amount of Stamina is consumed for each level; in this case, you will require 30 stamina points to play. You can also earn stamina points completing actions like logging into Genshin Impact daily, completing two Daily Commissions daily, consuming 40 Original Resin daily, and logging into the web event every day.

Genshin Impact Bouncing Blobby Slimes event features eight levels in total. In each Bouncing Adventure Level, there is one chance of revival that revives the slime without consuming Stamina or Blob Coins if you fail to land on the next platform. After completing all 8 Levels in the Bouncing Adventure, you will gain access to the “Infinite Bouncing” mode. In this mode, you can obtain a maximum of 400 Blob Coins for each run.

Once you earn a handful of Blob Coins by playing Bouncing Adventure, head to the event’s home page and click on the Golden Gift button to access the rewards menu. You can exchange your earned Blob Coins with rewards like Primogems, Hero’s Wit, Mystic Enhancement Ore, and more.

It’s worth noting that rewards in the Blob Store are divided into multiple tiers. Travelers need to exchange for all the rewards in the current tier before the next tier unlocks. As always, the in-game rewards will be distributed via in-game mail, and you can’t claim them after the event ends.

That’s everything you need to know about Genshin Impact Bouncing Blobby Slimes event. Before leaving, don’t forget to check out some of our other Genshin Impact-related content here at Twinfinite, like How to Get & Use Electro Sigils and All Liyue Shrine of Depths Locations.