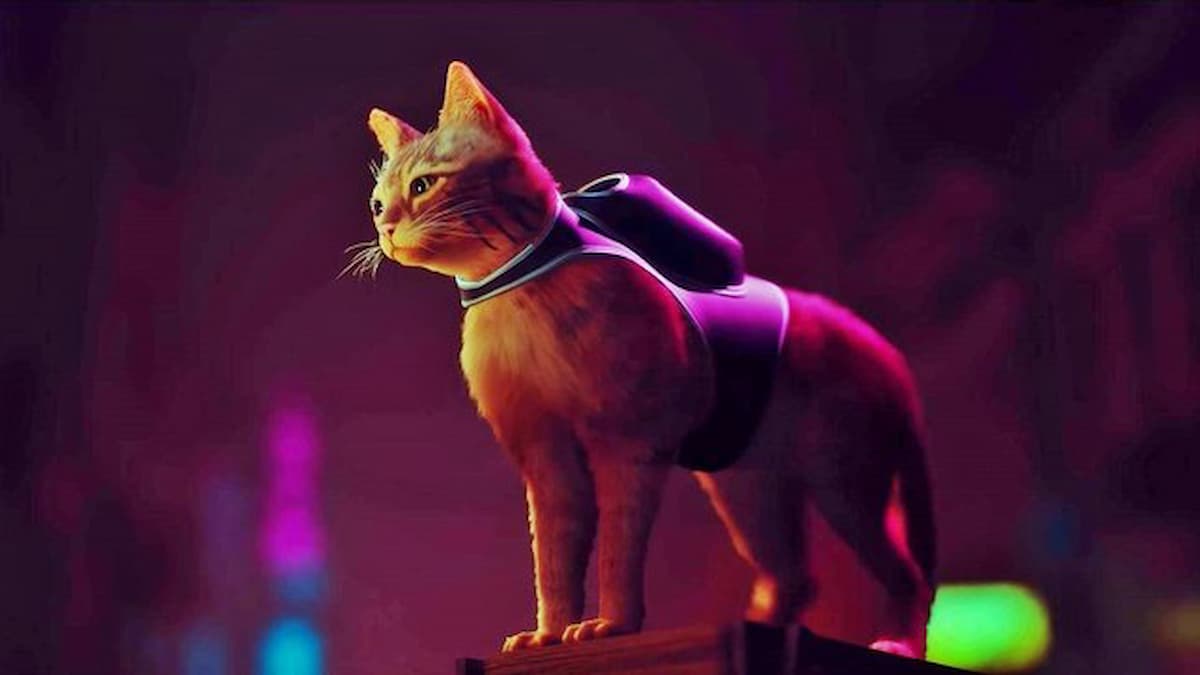 Our feline friends don’t show up in video games that often, which seems to be pretty on par with how cats are in real life. But when cats do make an appearance in games, they almost always leave behind a lasting legacy. Here are 10 of the best cats in video games, in no particular order.

Red XIII—real name Nanaki—is amongst the coolest characters that you can have on your team in the original Final Fantasy VII and even appears as a temporary party member in the FFVII Remake. But what exactly is Red XIII—a cat or dog? Well, Tetsuya Nomura once described Nanaki as “feline,” though he definitely has a few wolf-like characteristics, too.

What solidifies a spot for Nanaki is his sense of honor and dedication to defending the Planet. Even though he has an animalistic appearance, Red XIII is incredibly intelligent and knows a great deal about the Planet, thanks to his upbringing at Cosmo Canyon.

Stepping off the train in a strange new land without any friends is the experience of every person who boots up Animal Crossing for the first time. You quickly realize that you are among a cast of characters that aren’t necessarily human. Unlike most of the citizens in Animal Crossing, you are the new guy.

However, the first time you meet Rover, he’s genuinely nice. He completely understands how stressful moving is. Instead of focusing on the worst aspects of finding a new home, Rover just wants to talk and get to know you.

If you stretch the definition of cat, then Meowth fits right in. In the Pokemon anime, Team Rocket’s Meowth has had a troubled past full of theft and rejection. Over time he learned to walk upright and speak English, eventually partnering up with Jessie and James. Despite being a Pokemon, he’s the mastermind of the trio, even building the machines for their hijinks.

In the Pokemon games, Meowth is quite the opposite. Its design is greatly inspired by the maneki-neko, a Japanese figurine of a cat that’s said to bring good fortune. It just so happens that Meowth has the move “Pay Day,” which trainers can use to earn money in battles.

Just about everything you come across in Dark Souls would love nothing more than to see your head on a spike. That makes it all the more interesting when you do find someone who doesn’t check you into a wall.

Enter Alvina, from the very first Dark Souls. She’s just hanging out in the Darkroot Garden, on the windowsill of a crumbling structure, like some twisted Cheshire Cat. The good news is she won’t find you; in fact, if you answer her questions correctly, you’ll be invited to the Forest Hunter covenant.

While Ratchet is technically a Lombax, his near-extinct species shares a striking resemblance to cats and is even described as such. Ratchet easily earns his spot due to his intelligence and resourcefulness.

Ratchet is the hero Quark pretends to be. He may get cocky occasionally, but you would too if you could create gadgets that can disrupt the space-time continuum. What’s important is that Ratchet has a genuine sense of duty, to help people just for the sake of helping and not for personal gain.

In the Monster Hunter universe, if a Felyne takes on the role of hunter, they are dubbed Palico. And with that, Palicoes become some of the most helpful allies you can have—especially in Monster Hunter Rise: Sunbreak.

Not only are Palicoes downright adorable, but they’re also so helpful in battle. They’ll attack, distract, and even heal you. Most importantly, the later Monster Hunter games allow you to customize your own Palico.

King Tom (Ni No Kuni: Wrath of the White Witch)

Cats are lazy, do-nothing creatures—at least that’s what many people think. King Tom from Ni No Kuni: Wrath of the White Witch surely is. While his kingdom is infested with rats, King Tom doesn’t bother lifting a paw.

But fans of Ni No Kuni quickly discover that it isn’t King Tom’s personality trait, but rather a lack of enthusiasm that’s been ripped away. When he returns to his old self, King Tom has quite the kingly nature and even helps you out with a few important spells.

Despite being the new cat on the scene, the orange-colored tabby from Stray is definitely winning the hearts of many. It certainly helps that the world of Stray is interesting, post-apocalyptic, and cold, making the tabby cat stand out as a hopeful symbol.

Of course, arguably the best part is simply living life as a cat. You aren’t double-jumping or flying; cats don’t do that. The interesting part is how Stray designed its world to be traversable as a plain old normal cat.

Khajiit get a bad rap for their ties to thievery, moon sugar, and skooma. Naturally, many of the other races in Tamriel have a strong prejudice against them. Out of the other races, the Khajiit are amongst the most interesting, not just because they’re humanoid cats, but because of their entire history, religion, and dialect.

It also goes without saying that arguably the most important Khajiit in existence is Dragonborn. Then there’s M’aiq the Liar, one of many enigmatic characters in Elder Scrolls.

Don’t think Felicia counts? Sure, she’s technically a cat-woman hybrid, but she does have the ability to turn into a cat. That’s good enough for us, and she definitely deserves a spot.

For starters, Felicia has a personality that’s quite the opposite of typical cats. Many are aloof and impersonal, whereas Felicia is friendly and incredibly altruistic. Not only are Felicia’s feline traits handy in a fight, her upbringing ultimately leads her to open an orphanage.

And with that, Felicia marks the last of the best cats in video games. If this hasn’t sated your need for feline-related content, then perhaps a video game will do. Stray is making waves on Steam. And don’t forget to install a few of the best mods, too.