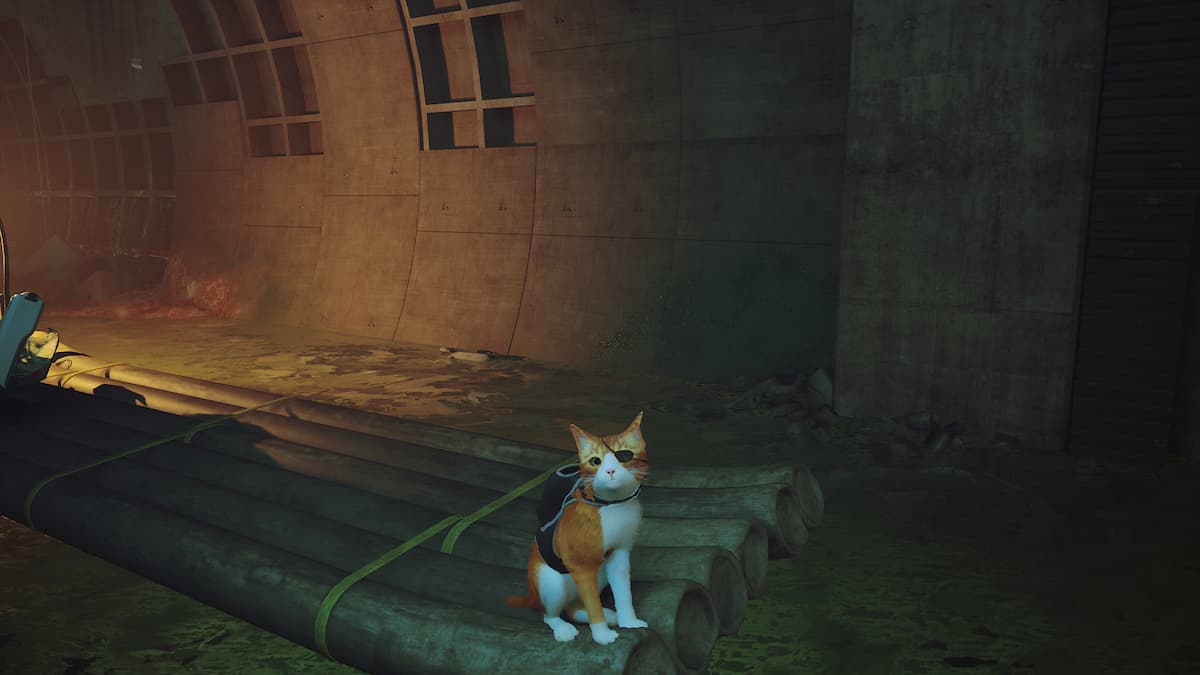 BlueTwelve Studios’ latest adventure game, Stray, earned critical acclaim when it launched earlier this week. Perhaps unsurprisingly, then, the modding community has been quick with a bunch of cool mods to tweak the game in unique ways. Here we’ve compiled the best 5 Stray mods to download and install right now.

If you’d prefer your tabby to look more like Garfield than slinky-cyberpunk-alley-cat, then this is the mod for you. All it does is increase the size of your kitty to make it a little more round… and cute! It’s a simple one to install but follow the instructions over on crubino’s NexusMods page all the same.

Maximum Meow is a graphical mod that seeks to enhance the performance and fidelity of the game to levels beyond what is supported organically. Here’s a list of what’s been changed, according to mod creator Xayjyn:

SSS: This will only show up in two sections of the game. Since you have fur, this setting is for… other folks, not for you.
ACES Tonemapping:
True Volumetric Fog 2D is now 2.5D; yes it’s more atmospheric, and yes it will hella block your vision if you’re at the right angle.
Screen Space Color Matched Shading and Bloom: Goes with the ACES for neato shading on all those slat-covered light walls.
HBAO:The fanciest of AOs. No more weird gray halos.
Whole Screen Shadows: Pretty self explanatory

Chromatic Abberation: Kind of droll they have colorblind item coding and then still keep this. Why.
Film Grain: You know what isn’t cinematic? Getting a migraine.
AA: At resolutions over 1080 TAA is bad, and FXAA is worse, and those are the only options you get. No thanks. I don’t need blur in my blur so I can blur while I blur.
DoF: See above.

Pick of the Litter

If you’re less of an orange tabby person and more of orange with white accents, then Pick of the Litter is worth installing. Not only is there an orange with white accents option but also white, grey, and other colors too! The textures are all hand drawn and painted, so there are no recoloring vanilla textures. Each kitty looks uniquely different. You can download the mod here.

If you want a mod that allows you to customize the appearance of your kitty then here it is. That’s the good news. The bad news is that it isn’t especially easy to use. Now, there is a YouTube video tutorial which is certainly very helpful, but the mod is still by no means plug and play.

There are some presets to get you started, though, which are as follows:

Download the mod here to get started, but make sure you read the instructions carefully and watch the aforementioned video.

Arrr me kitties! This super cute mod adds an eyepatch to the cat. Simple but adorable, and totally worth the download. This is compatible with all color mods.

That rounds out our best Stray mods so far. We’ll be keeping this updated as the talented modding community adds more fun ways to change up the game.