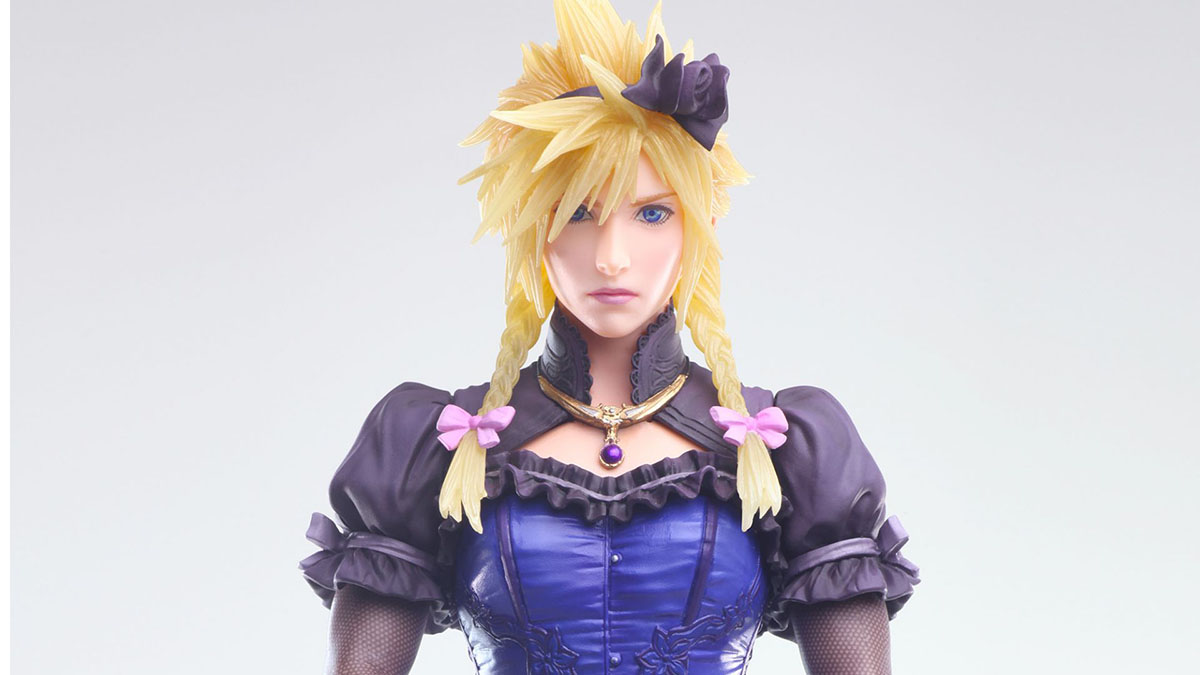 Yet, it’s not Cloud’s usual look that we’re getting, but the version wearing a dress from the Wall Market section of the game.

Interestingly, Square Enix is releasing not one, but two figures portraying pretty much the same thing.

Yet, one is a Static Arts static figure, priced at $199.99 and coming with a fixed pose. You can pre-order it here.

The second figure belongs to the Play Arts Kai brand, and it’s a fully posable action figure priced at $194.99. You can pre-order it here.

While the action figure will release on July 2023, so it’s pretty much a year away, the static one will be shipped even further in the future, in November 2023.

Incidentally, today Square Enix also announced a Final Fantasy VII figure bundled with an NFT certificate of authenticity. It’s worth mentioning that the dress version of cloud will come with no NFT.

More figures were revealed a few days ago.

If you’re interested in the Final Fantasy VII Remake, which is available for PS5, you can read our review. You can also read about the expanded version “Intergrade” that marked the debut of the beloved game on PS5 and PC.