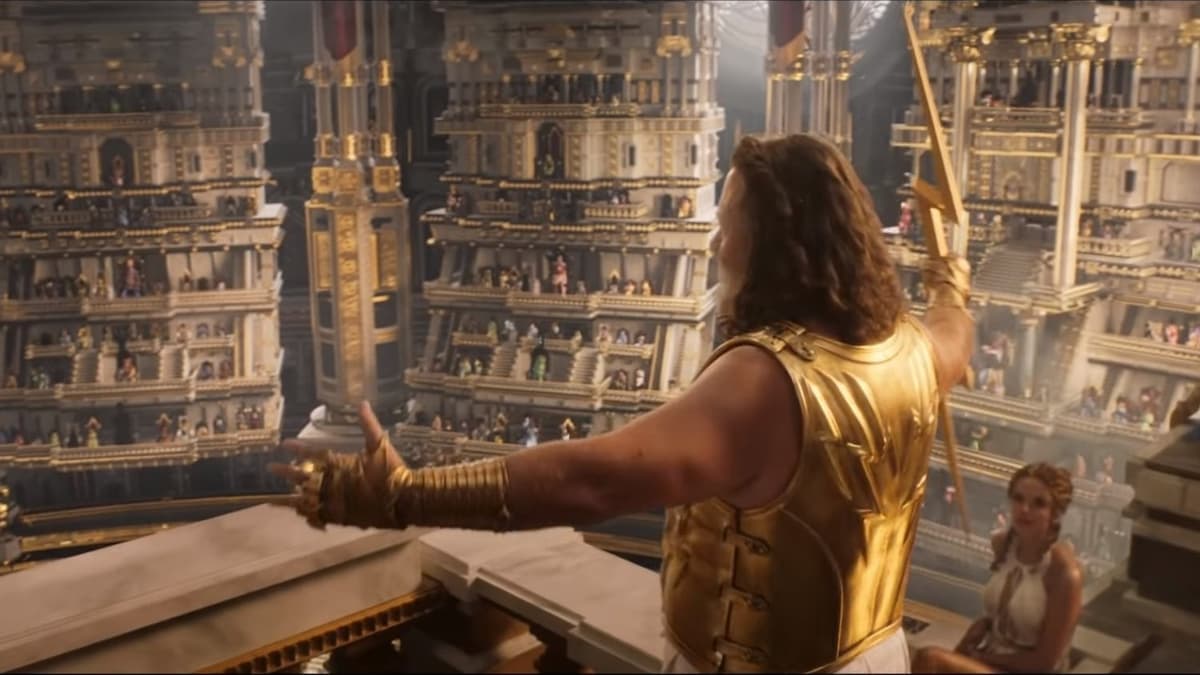 Thor: Love and Thunder has the God of Thunder go up against the God Butcher. So, with all the talk of gods, there must be more gods for our heroes and villains to meet.

***Major spoilers for Thor: Love and Thunder follow, so if you haven’t checked the latest MCU entry out, expect to be spoiled.***

All Gods in Thor: Love and Thunder Explained

Thor: Love and Thunder not only looks at gods from the Norse Realm, as the Thor movies have previously focused on, but now the MCU is bringing a focus on gods from other mythologies, Greek being the notable one here.

Before going into exact details of the gods, I think it’s important to briefly go over how gods and the mythologies and religion that revolve around them works in the MCU. As the franchise brings in more and more cultures, such as in Black Panther, Moon Knight, and Ms. Marvel, we are getting a better understanding as the MCU tries to piece in the different beliefs from all these cultures.

First of all, all religion is seemingly based on fact in the MCU. People come across different powerful otherworldly beings, and thus texts are written, which results in the worship of these beings.

Then comes the way that the afterlife works in the MCU. As far as we have been told thus far, afterlives, whether it be the Ancestral Plane, the Duat, or Valhalla, are all in the same dimension. What type of afterlife a person will interact with depends on the culture and beliefs that a person comes from, along with the people that that person interacts with.

With this all being said, now let’s take a look at the gods of Thor: Love and Thunder.

The Norse God of Thunder himself is, of course, the most notable god in the movie. With this new entry into the MCU, Thor goes on a journey to stop the God Butcher. However, he finds that he must contend with having both of his exes, Jane and Mjolnir, along on the trip. By the movie’s end, Thor finds himself losing Jane and having to raise a kid alone. This is certainly an exciting development though, as this is not something out of the comics and is exclusive to the MCU, so it’ll be interesting to see what happens with Thor next.

A god whose job is to watch over Asgard and the eight other realms with his sight, Heimdall was the watchful guardian over Asgard until Ragnarok struck, where he assisted Thor and Loki in helping the Asgardians escape before Asgard’s destruction. Unfortunately, Heimdall soon lost his life moments into Avengers: Infinity War when Thanos and the Black Order killed him.

In Thor: Love and Thunder, it is revealed that Heimdall had a son named Astrid aka Axl, and a wife named Grace. Axl played a pivotal role in the movie by helping Thor, using the powers he inherited from his father. When Jane finally succumbs to her cancer, Heimdall awaits her in Valhalla, the afterlife where Asgardians go if they have died in battle. Heimdall’s story is clearly not as over as it had initially seemed, especially with the new developments of him having a family.

Another God of Thunder, this one is the ruler of the Olympians. He is also the only god besides Thor that the movie really focuses on. The Greek god appears in the film’s second act, where he turns his back on Thor when the Norse god appears asking for help. When Thor, Jane, Valkyrie, and Korg escape the Omnipotence City, they seemed to have killed Zeus. However, as a mid-credit scene reveals, Zeus has survived and have created a vengeful foe out of the god.

In the comics, Zeus is a part of the Olympians, a species that has most of their history mimic that of stories from Greek mythology. The group came to be known by humans and thus were worshipped by the Greeks and Romans until Christianity became the dominant religion.

The mid-credit scene also reveals that Zeus is sending his son to kill Thor. A character who, if you don’t know much about comics, might surprise you with how vital the introduction of this character is. In the comics, Hercules is the god of strength, who has rivaled characters like Hulk and, yes, of course, Thor. He has even spent time as an Avenger, so Hercules is certainly an important piece that was just put on the board.

It’s also worth noting that with the MCU starting to include LGBTQ+ characters, Hercules has had relationships with both men and women in the comics, and a variant has even dated Wolverine, so this would be another way that the character could fit in with the MCU. Also, this seems even more likely given that Zeus had both beautiful men and women surrounding him as handmaidens.

In a scene that almost precisely mimics a scene from the comics, we see Falligar the Behemoth, one of the gods who were slain by Gorr the God Butcher. Little is known about Falligar, besides the fact that Sif tried to help him, so we mostly have to go off of things that were in the comics, which again is very minimal.

In the comics, Falligar was the god of the Galactic Frontier, who had some run-ins with Thor, though like in the movie, he is dispatched by Gorr, showing how powerful the God Butcher is.

Other Gods of Note

Eternity is more of an honorable mention, as they pretty much surpass everything that defines gods. However, they are certainly in the same vein, thus why they are on this list. Eternity is one of the cosmic entities of the universe. The Cosmic entities have been around longer than the universe itself and were seemingly involved in the Big Bang and the creation of the Infinity Stones, along with the Celestials.

In the comics, Eternity was born alongside Infinity, who make up the entirety of all universes. The form of Eternity that shows up in Thor: Love and Thunder is actually the form that is used in the comics to showcase how Eternity is all of the many multiverses. It is unclear how much of this is true of the version we see in the film but it is worth mentioning.

The altar where the final battle takes place seems to give us a glimpse into who the other cosmic entities are in the MCU, which looks to include Infinity, Death, the Living Tribunal, and the Watcher. The Living Tribunal was briefly seen in Doctor Strange in the Multiverse of Madness, while the Watcher is the main character of the animated Disney+ show What If…?. Infinity and Death have not been in the MCU thus far. However, they may end up proving to be important, especially Death, as Death is a semi-major character in the comics and actually provides a lot of Thanos’ motivations in said comics.

In Thor: Love and Thunder, Eternity is said to give a wish to the person who reaches them first, motivating the movie’s villain, Gorr. At the end of the film, Gorr is able to use Eternity’s wish to resurrect his daughter, Love, with Eternity seemingly having some sort of remnants in her. With Love now being a part of Thor’s story going forward, we may receive more explanation as to who these cosmic beings are in future movies.