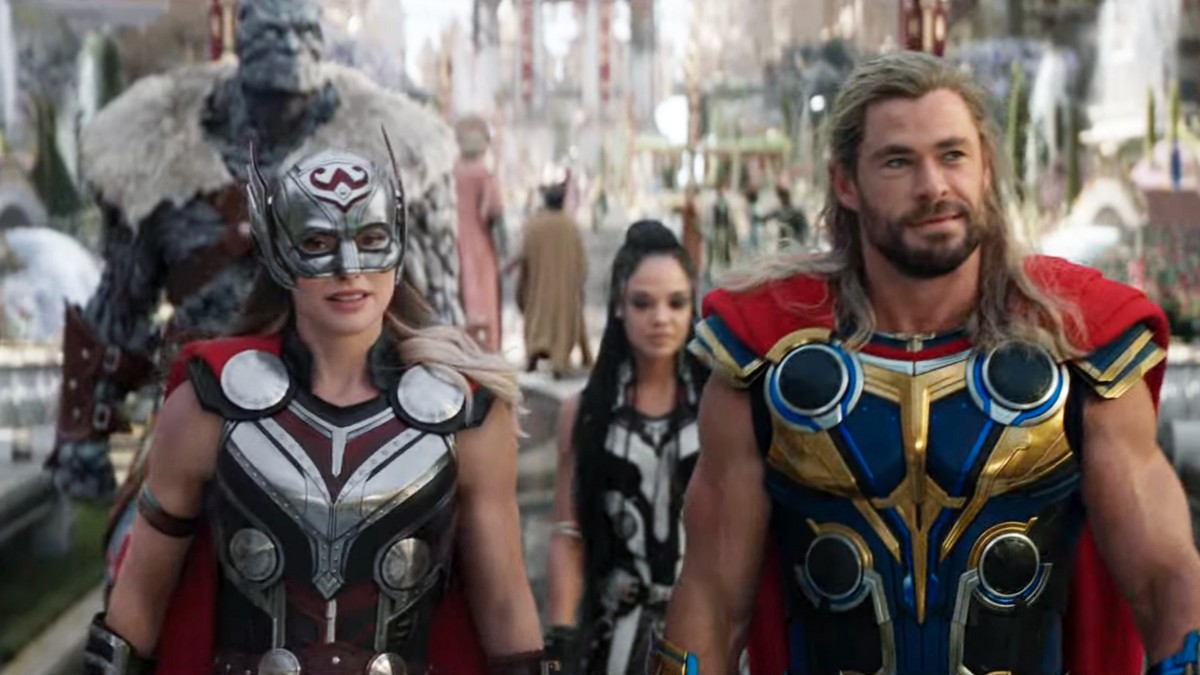 When it comes to all the films and TV shows linked to the Marvel Cinematic Universe, fans are always on the lookout for references and links to previous events, or even future events that are yet to come. In fact, foreshadowing appears to be a key part of the experience. With Thor: Love and Thunder now in theaters, it is no exception to the rule, with many news faces appearing along with some familiar ones. So if you are wondering about all the cameos in Thor: Love and Thunder, here’s a helpful list to guide you.

The following information is firmly in spoilers territory when it comes to the movie. If you would like to enjoy the show without knowing the many surprises that lay in wait, this is the time to turn back.

All Thor: Love and Thunder Cameos

Matt Damon is back as Loki on the theater stage, and giving his all to reenact the events that took place in Thor: Ragnorok. Suffice to say, things aren’t that serious in this play.

Joining fake Loki is fake Thor, once again being portrayed by lead actor Chris Hemsworth’s brother, Luke. The eldest Hemsworth brother gets more screentime this time around with Damon’s Loki, and the pair are not alone in that regard.

Completing the returning troupe from Thor: Ragnorok is Sam Neill’s Odin, which brings plenty of laughs with his portrayal of the All-Father. If you ever wanted a Shakespearian take on the Norse gods, Thor: Love and Thunder has you covered.

Since we are talking about events in Thor: Ragnarok, we can’t have Hela missing from the action. In comes comedian Melissa McCarthy as Hela on stage, and we can’t help but think of what potential this casting choice could have had instead of Cata Blanchett in the role.

The name might be immediately familiar to every MCU fan, but if you have watched the shorts about Thor and his roommate (including a stay with the Grandmaster), then Daryl Jacobson will be a face you might remember. In the latest movie, we see Jacobson return, this time in the guise of a tour guide.

To more serious things at hand, the events of Thor: Love and Thunder see our heroes confronting the imminent threat of Gorr the God Butcher. An army is needed, and the might of the gods will come in handy. This is where we first see the Goddess Bast, seated right in front of Mighty Thor.

A goddess that is worshipped in Wakanda and in reality, ancient Egypt, the deity is the protector of the Panther Clan, and of course, that means she is linked to Black Panther and Wakanda.

As we had previously shared in our post-credits breakdown, we finally see a new player enter the MCU in the form of Goldstein’s Hercules. In the mid-credits scene, we see Zeus nursing his wounds and vowing vengeance against Thor, and that task is given to Hercules. Chances are, we will see Thor and Hercules go head to head in the future.

At the very end of the credits, we also get a scene that serves as a sendoff for the beloved Heimdall. In a brief cameo, the honorable guardian of the Bifrost welcomes Dr. Jane Foster into Valhalla after her sacrifice, and this will likely be the last time we will see Elba’s character in the MCU.