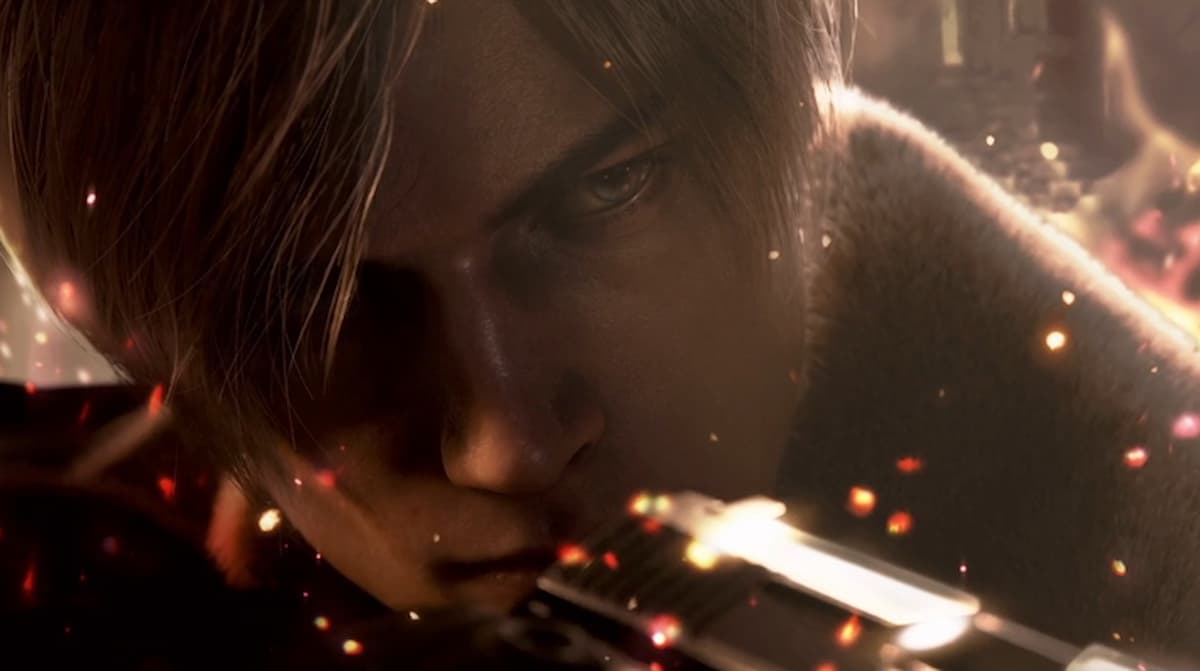 Resident Evil 4 marks a huge turning point for the series. It was the first game that adopted the over-the-shoulder camera angle, providing us with an experience that was more akin to a third-person shooter. For better or for worse, Resident Evil 4 was the title that sent the series down the action-y path, but it definitely didn’t skimp on the campiness that Capcom’s beloved franchise is so known for.

Here are 10 iconic moments from Resident Evil 4 that we absolutely can’t wait to relive in the upcoming remake.

Nothing sets the tone of the entire game quite like that introductory sequence where Leon enters the village for the first time, and is immediately assaulted by every single villager in there. There’s a sense of dread as you approach the village entrance, and things quickly get dialed up to 11 as soon as the first villager spots you. All of a sudden, you’re running for your life, dashing into the nearest building and barricading the doors, hoping to scrounge up enough ammo to fend off your foes.

There’s never been a sequence quite like this in any Resident Evil game, and Resident Evil 4’s village introduction sets the tone perfectly for the rest of the adventure. Your enemies are going to be relentless, and you’re going to have to think quickly on your feet if you want to have any chance of surviving.

The entire sequence wraps up nicely once the bell rings, and all the villagers start shambling off. Leon’s left alone in the village square, and wonders to himself, “Where’d everyone go? Bingo?” Please, Capcom, please keep that line in the remake.

While Resident Evil 4 is known for being the first action-focused game in the series, it definitely delivers on the horror front as well. The Regenerator continues to be one of the most frightening enemy types in the entire series, and we’re absolutely excited to see how they’ll be handled in the remake.

The Regenerators are terrifying because of one simple fact: they can’t be killed by normal means. Shooting them might stun them for a brief period of time, but they can’t truly die until Leon obtains a special scope that allows him to see their weak points. Even then, Regenerator encounters are still a harrowing affair because of their creepy movement and their ability to kill you instantly.

Without a doubt, the first encounter with the chainsaw-wielding maniac is one of the most exciting moments from Resident Evil 4. It pretty much comes out of nowhere, as you’re greeted by a villager’s manic yelling and are forced to start running for your life.

The chainsaw man wears a dirty ol’ sack on his head, and his only purpose on Earth is to dash straight at you with his chainsaw held high. Letting him get close to you will almost certainly mean fatal death; as badass as Leon is, even he can’t survive getting his head lopped off by a lethal chainsaw.

Surviving this encounter requires players to have good spacing and enemy management. Aside from dealing with the chainsaw man himself, you’ll need to manage the other ordinary villagers swarming you and make sure that you’re always a safe distance away.

Bitores Mendez might not be the main baddie of Resident Evil 4, but he sure as hell is one of the scariest ones in the game. He’s the strong and silent type, which often translates to menacing and incredibly sinister in horror games. Leon has multiple run-ins with him in the first half of the game, but it’s not till a little later that we finally get a proper boss fight with this terrifying figure.

The fight against Bitores Mendez takes place in a burning shack, and he finally reveals his true form: a centipede-like skeletal figure that still gives me nightmares to this day. Just like most other fights in Resident Evil, the key here is spacing and making sure that he never gets close enough to deal damage. The problem is that he has such a long reach, and he’s speedy as hell too.

The entire vibe of this fight is so intense and memorable, and even if Mendez gets cut way too early, he continues to be one of the highlights of the entire game.

Speaking of boss fights, El Gigante served as the first proper boss players got to face off against in Resident Evil 4. He’s a huge lug that throws things around and crushes tiny humans under his feet, but he’s absolutely no match for Leon, master of suplexes.

The El Gigante fight opens up with a fun cutscene where the villagers have completely failed to keep him under control, and just as he swipes at Leon, our favorite rookie cop performs a stylish backflip to dodge out of the way and get ready for battle. Mechanically, this isn’t a very tough fight, but it’s definitely a visual spectacle that showed off just what the GameCube was capable of at the time.

As a nice touch, Leon can also get assistance from a friendly dog in the middle of the fight, assuming you helped it out of the bear trap near the beginning of the game.

Capcom certainly wasn’t shy about experimenting with different boss types in Resident Evil 4, and that really shows in the Del Lago encounter.

While it’s not necessarily the most riveting boss fight in the game, Del Lago stood out because of how mechanically different it was from most other boss fights we’ve seen in Resident Evil thus far. The fight takes place on a lake, where Leon is completely vulnerable in a tiny motorboat, looking around and trying to predict where Del Lago will strike next.

The key to winning this fight lies in identifying Del Lago’s position early enough, so that you have time to aim and fire a harpoon at it before it swallows you whole.

Another memorable sequence from Resident Evil 4, defending the cabin with Luis is one of the toughest bits of the game, especially for first-time players. This is essentially a timed sequence where you have to survive for as long as possible, while protecting Luis.

Players are tasked with barricading all of the windows and doors in the house, while searching every cabinet and drawer for all the ammo and healing items they can get. The challenging part about this sequence is that you have such a small space to work with, not to mention the fact that if you shoot Luis too many times on accident, he gets tired of your BS and decides to kill you, immediately ending the game.

The enemy waves don’t let up either, making for one of the most intense and challenging sequences you’ll find in Resident Evil 4.

Resident Evil 4 was also the first game in the series to introduce QTEs, which would then go on to become incredibly overused in RE5 and RE6. Dodging boulders by mashing a button is cool and all, but have you ever mashed buttons while trying to dodge a pirouetting soldier yelling “Die, comrade!” at you?

The knife fight between Leon and Krauser seemed novel at the time, but it’s slowly started to veer into cheesy territory as the years have gone by. Nothing beats watching these two grown ass men dance around with their knives out while performing all sorts of silly acrobatics and growling at each other.

Resident Evil 4 is loved for so many different things, like its iconic boss fights and action sequences, but most of all, it’s loved for creating the greatest character in the series’ history: the merchant. This shady ass hooded man shows up at the most opportune times, opening up his jacket to reveal all sorts of weapons and useful items hidden underneath.

The point is, if the merchant doesn’t keep his iconic lines and that iconic voice acting in the remake, I’ll be disappointed. I won’t be angry. Just disappointed.

Ashley, Ashley, Ashley. She might very well be the most annoying character we’ve ever seen in Resident Evil, but honestly, she’s grown on me over the years.

Ashley just has way too many iconic moments in Resident Evil 4 for us to list just one; there are the little gameplay moments like Leon ordering her to hide in a dumpster while he deals with the villagers or him having to catch her in a large suit of armor and almost falling underneath the weight of all that metal, and the always endearing “Leon, help!” that I’m sure fans can’t wait to hear again for another 20 hours straight.

There’s the cheesy jet ski ending where Ashley awkwardly hints at wanting to go on a date together, while Leon shuts her down coolly like the chad he is. Quite frankly, my biggest fear with the Resident Evil 4 remake is that Capcom is going to make the game way too serious and dark, and this would inevitably result in Ashley becoming, god forbid, actually tolerable and not annoying at all.

Fans love to hate on Ashley but let’s be real, you’re gonna miss her hilarious antics once she’s gone.