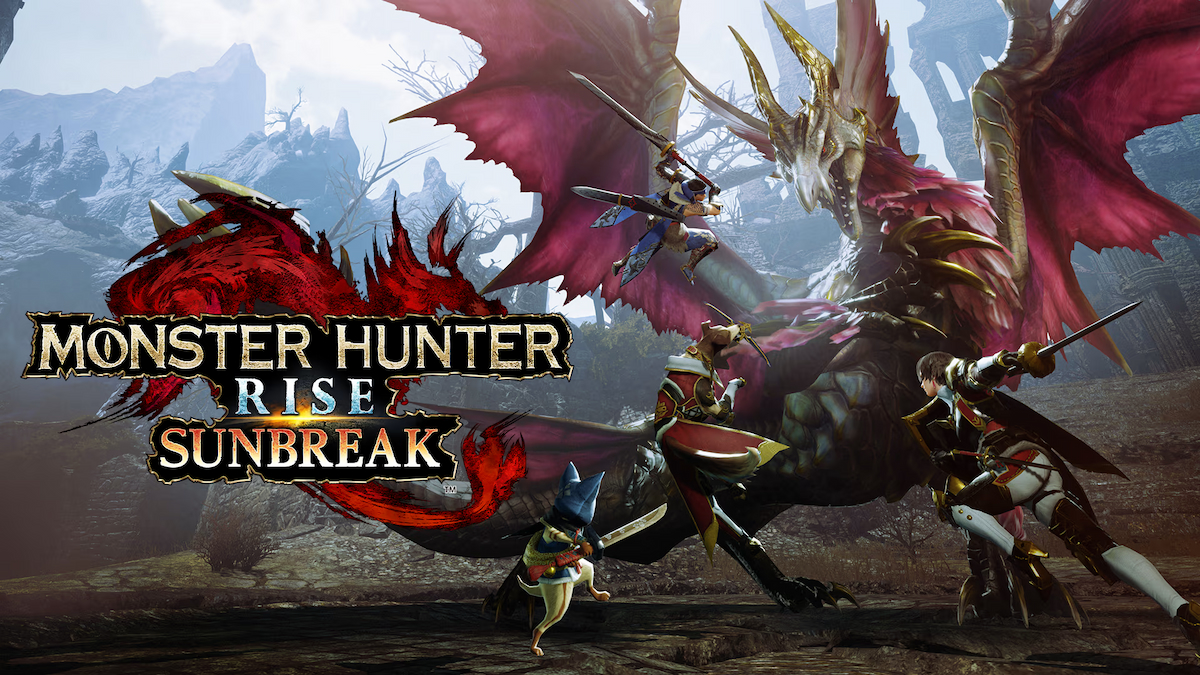 Monster Hunter Rise: Sunbreak continues the series’ core gameplay loop of enticing players into dangerous hunts in order to earn valuable material, which can then be forged into more powerful gear, which you can then use to hunt more dangerous monsters. In Sunbreak, there is an entirely new tier of armor to work towards called Master Rank, and it represents the very pinnacle of what you can craft. Let’s take a look at everything you need to know about Master Rank gear in Monster Hunter Rise: Sunbreak.

In the base game of Monster Hunter Rise, there were two tiers of tools budding Hunters could craft: Low Rank and High Rank. This corresponded with the stage you were at in the game. When undertaking Low-Rank Hunts, you would earn materials that could be used to craft Low-Rank gear. High Rank works the same way, the difference being the level of that set Equipment Skill (the passive effects that your Hunter gains by wearing the set.)

Above is an example of a set of Low Rank Anjanath armor. You will note it doesn’t have any statistics, like defense or resistance, which is a way Monster Hunter differs from other RPGs.

You will use this level of gear for the majority of Monster Hunter Rise, and while it can get pretty tough later on, a skilled player will be able to beat the entire game wearing Low Rank armor.

Above is an example of High Rank Anjanath Armor. As you can see, the attached Equipment Skills are at a higher level. This is perhaps the most meaningful way you can customize your Monster Hunter build, allowing you to tailor the performance of your Hunter to your own particular playstyle, as each skill affects the performance of your character by allowing them to sprint further or hit harder, for example.

There is a frightening amount of depth on offer here, and real min-maxers will mix and match different pieces of armor to get the very most mileage out of their character, although that isn’t necessary for normal game progression.

High Rank armor becomes available around the mid-waypoint of Monster Hunter Rise, and is a significant upgrade over Low Rank gear. You will need to collect High Rank materials in order to craft it of course, but it is well worth it to take some time out and grind for the materials required as soon as possible.

Above is an example of Master Rank Anjanath armor. You will notice that the attached Equipment Skills are yet higher, and there is even a new one. Also, it has a unique style, which is a nice addition. As you might have guessed you need Master Rank materials in order to craft Master Rank armor.

Content in Sunbreak is set at Master Rank, so the first hunt you undertake is going to be quite tough. Your first order of business should be to craft a set of Master Rank armor, ideally something that suits your playstyle, but upgrading to the Master Rank Kamura set in the short term is a good idea, as it will speed up the time it takes you to complete hunts overall.

In addition, upgrading your weapon to the highest tier possible should be your next priority. This isn’t as big a deal, because if you were keeping your weapon up to date throughout the High Rank content of Monster Hunter Rise, you should be doing decent damage anyway.

Weapon upgrades function in virtually the same fashion they did in the base game of Monster Hunter Rise, with a notable exception. You will still upgrade them in the same way, making branching choices by reforging an existing weapon as needed in order to end up with the desired product, or simply enhancing a weapon in line with its main upgrade path.

In Monster Hunter Rise, you could equip weapons with a Rampage Skill (which was essentially another Equipment Skill, granting a passive buff), using materials you gathered undertaking Rampage Quests. In Sunbreak, there are no Rampage Quests, and so any equipped Rampage Skills you have will be unequipped upon reaching Elgado.

You can, however, craft Rampage Decorations in Elgado to replace the lost skills. This might seem like unnecessary busywork, and quite frankly, it kind of is, but they at least come with higher-level Equipment Skills, and are thus worth the investment.

And that’s it, everything you need to know about Master Rank gear in Monster Hunter Rise Sunbreak. For more helpful guides, check out the suggested articles below. For the basics of the game, check out our Monster Hunter Rise guide wiki, which has plenty of articles that will remain relevant in Sunbreak, like our Beginner Tips & Tricks, or how to quickly increase your Hunter Rank.