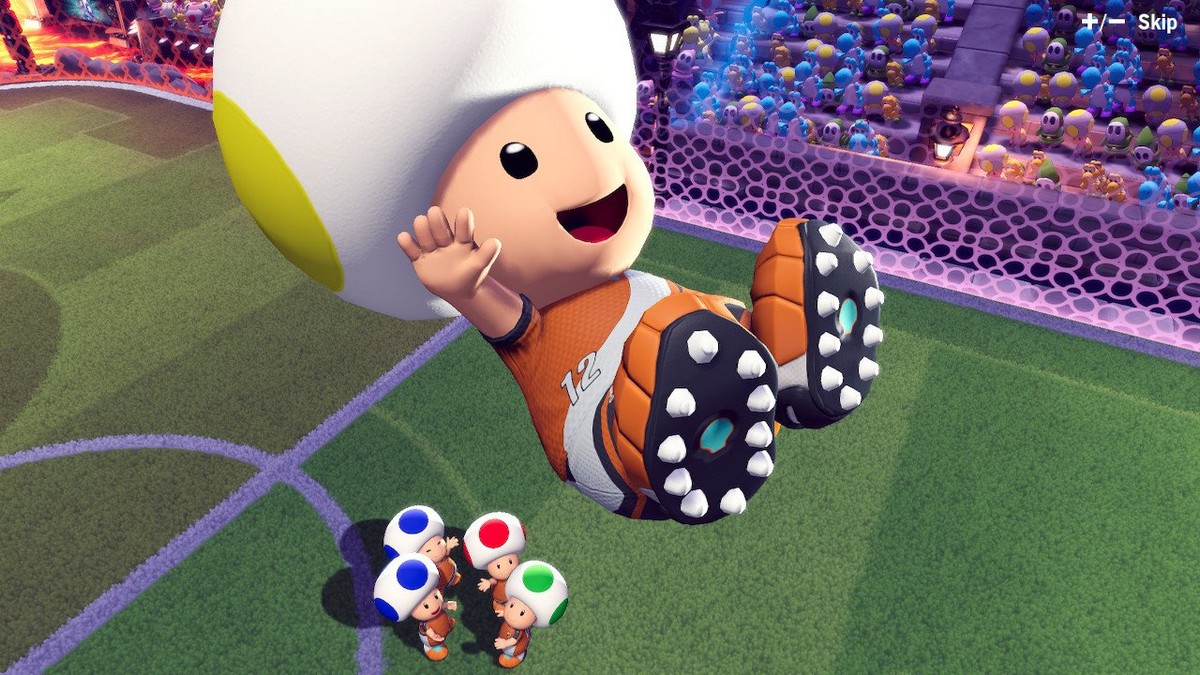 Fans of soccer video games will likely enjoy Mario Strikers: Battle League since it has the basics of what makes the sport enjoyable. But of course, there are also those splashes of Mario wackiness that make the game uniquely Nintendo. Shells and Banana Peels only scratch the surface of the items in this title. Here’s all you need to know about every item and what they do in Mario Strikers: Battle League.

Every Item & What They Do in Mario Strikers: Battle League

There are six different items that you can pick up by running through item boxes in Mario Strikers: Battle League. All but one of them can knock opponents out of the way and clear an easy path to the goal. Also, players of Mario Kart will be very familiar with each item since their effects in this game are exactly the same. The table down below

This item will give the player that uses it a temporary boost of speed. But it won’t give you the ability to knock opponents off of the ball. Tackling is still required to take possession.

This shell can be aimed manually with the left stick. Just be careful because it can bounce off of walls and hit you or your teammates.

This shell homes in on a nearby opponent until it hits someone. Just like with the Green Shell, this item can hit teammates if they get in the way.

Using this item will send a Bob-omb running in a straight line for a few steps, then exploding. The initial toss will knock down opponents and the explosion will send them flying back. This can also hit teammates.

Tossing this item out will cause an opponent to trip and fall, then the Peel disappears. If it’s thrown out and it doesn’t hit anybody, then the Peel will stay on the field until someone slips on it. Again, it can hit players on your own team.

This item is short-lived, but it can be just the right thing to get an easy breakaway. Like in other Mario games, the star makes the user invincible and knocks opponents out of the way.

That’s all there is to know about every item and what they do in Mario Strikers: Battle League.