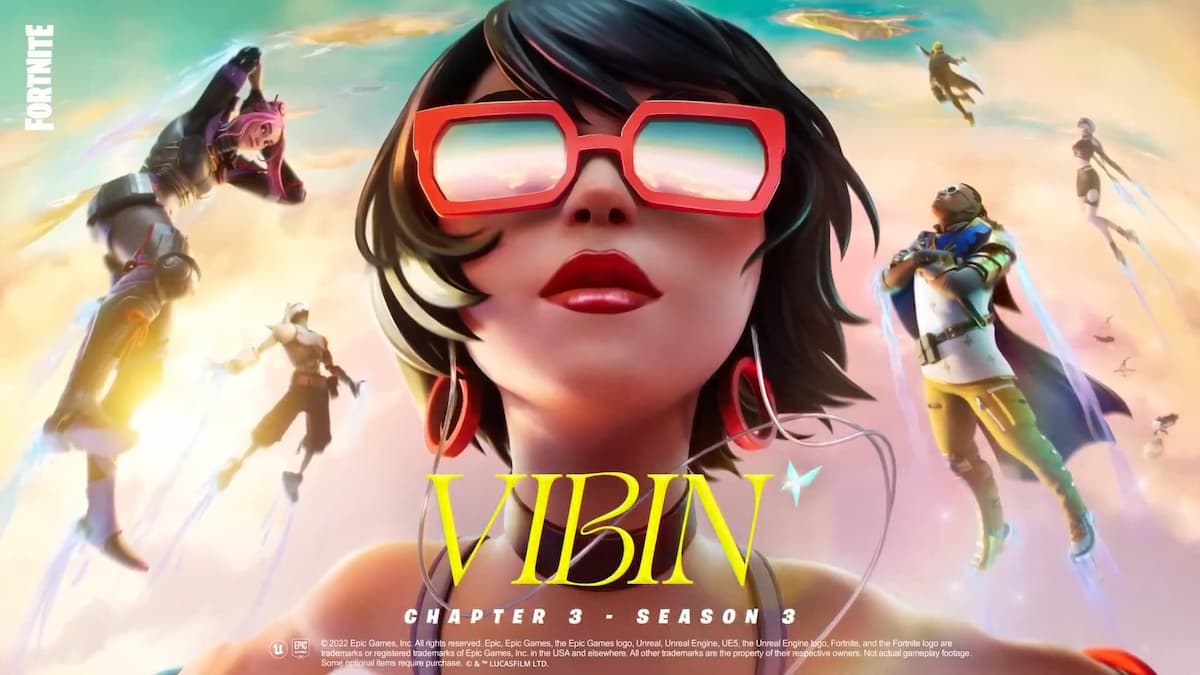 How to Get Mythic Weapons in Fortnite Chapter 3 Season 3

To get a mythic weapon, you’ll need to plant a Reality Seed anywhere on the map or pick one up from an eliminated player.

To get a Reality Seed, you’ll need to destroy one of the large purple buds, dotted around the vicinity of the Reality Tree, shown in the screenshot below.

When you destroy one of the purple buds, it’ll spit out three Reality Seeds. Pick these up and then plant them somewhere around the map. It doesn’t matter where, but the quieter the location, the less competition you’ll have for the eventual mythic weapons they’ll spit out.

Once the seed has been planted, a plan will appear and will have fruits which you can interact with to get loot. To begin with, you’ll get uncommon loot, but your plant will remain on the map in future matches.

Continue to visit your plant each game, and remove any small weeds that appear around the bottom of the plant. You can do this by using your pickaxe to remove them.

Removing weeds will upgrade the loot from your Reality plant (let’s just call it that). Continue to visit your plant, removing weeds each time they appear and you’ll continue to upgrade the rarity of the loot it drops from rare to epic to legendary and eventually to mythic.

It’s worth noting, however, that each time you clear the weeds and increase the rarity of the loot that your reality plant will drop, the longer you’ll have to wait until the weeds will appear again. For instance, it takes 10 hours for the weeds to appear that will upgrade the loot from rare to epic once cleared.

You can check your Reality Sapling’s ‘status’ by opening your map and checking the timer on the left-hand side.

According to dataminer HYPEX, the Mythic weapon you get from your Mythic Reality Sapling will depend on the biome in which you’ve planted it. We’ve listed each of the four biomes and their respective Mythic weapon below:

Getting Mythic Weapons from Other Players in Fortnite

The same way you can nab yourself one of these super rare — and powerful — weapons in Chapter 3 Season 3, so can every other player, and that means you can expect there to be even more of them showing up in each game.

Always remember to check the loot of any other player you eliminate or just any loot lying around on the floor from a skirmish between other players. You may be lucky enough to find a mythic weapon lying amidst all those shield potions and ammo.

There are currently four mythic weapons in Fortnite Chapter 3 Season 3 which can be obtained from your planted Reality Seeds. These are:

Dataminers also uncovered files for four additional mythic weapons, but at the time of writing, it’s unclear how players can get these. We’ve listed everything we know about them below.

Alongside these weapons, there are also the exotic weapons that can be obtained from NPCs around the map. We’ve got a guide on all exotic weapon locations to help you grab them all, too.