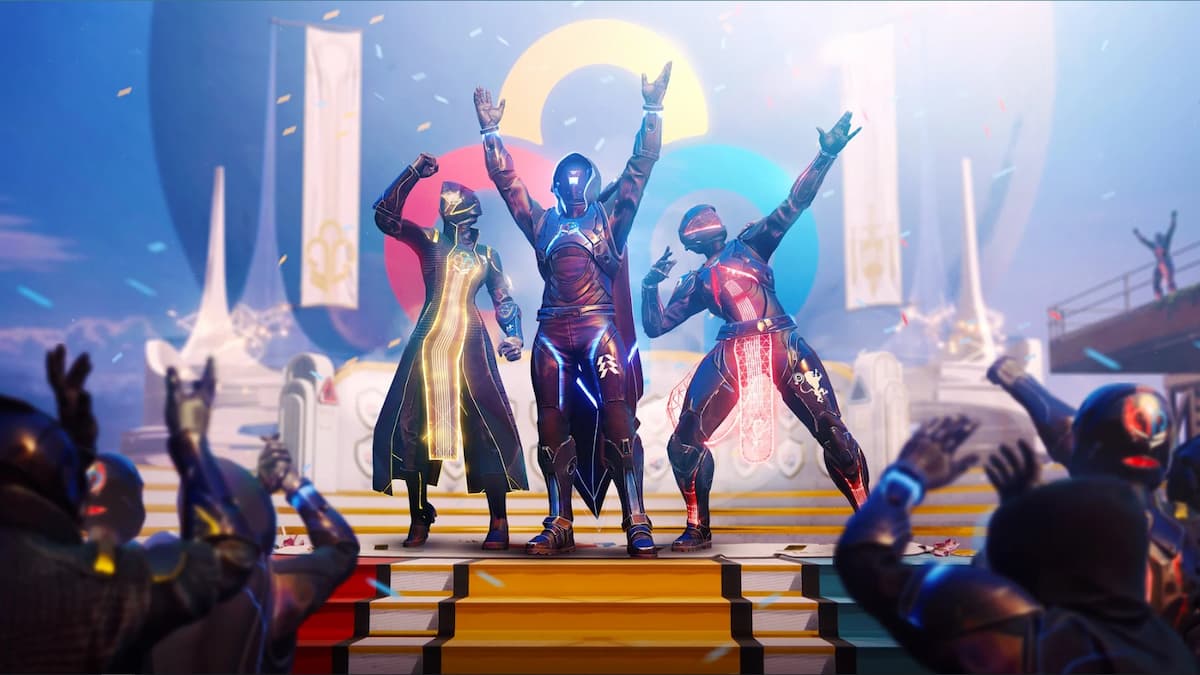 The Guardian Games have kicked off in Destiny 2, and that means players are likely wanting to know which class is leading the charge in depositing those hard-earned medallions at the Podium in the Tower. In this guide, we’ll be explaining who’s winning the Destiny 2 Guardian Games every day, when the results are announced.

Who Is Winning the Guardian Games?

Update 05/23/22: The Winners are in! Bunge has revealed the Warlocks manage to hold their lead going into the final weeks, and that they are officially the winners of the Guardian Games.

Update 05/18/22: Bungie has revealed that the Warlocks are still in the lead going into the final week. Can the Hunters or Titans pull it back? Only time will tell.

Update 05/12/22: Bungie has now revealed that going into week two, Warlocks are still in the lead. You can check out the tweet confirming this below.

Bungie has now revealed that the Warlocks are currently leading the Guardian Games via its weekly blog post, This Week at Bungie. This was correct as of May 5, 2022.

At the time of writing, two days into the Guardian Games, it’s unclear whether or not Bungie will provide daily updates on the standings of each group of Guardians throughout the event via the official Destiny 2 Twitter account.

We’ll be checking this on a regular basis, and as soon as there’s any new word on who’s winning the Guardian Games in Destiny 2 for 2022, we’ll update this post and let you know.

Based off current engagement rates shared by Bungie in its blog post announcing this year’s Guardian Games, it appears as though the Hunter’s have a higher engagement rate with the game, with Warlocks in at second and Titan’s flagging behind in third.

While this doesn’t necessarily mean the Hunter’s are winning, it does mean that, if this trend continues, they might have the edge.

How Do Guardian Games Work?

Like in previous years, players will be tasked with completing certain activities and mini quests called Contender Cards and Platinum Cards. These activities are flexible, so you don’t need to be logging in at a particular time each day.

Completing Raids, Dungeons and competitive PvP competitions like Trials of Osiris and Survival, the Seasonal Activity on a higher difficulty will reward players with higher-tier medallions.

Gold medals can also be earned by completing Contender Cards in easier activities, while Platinum medals drop when Platinum Cards are completed on tougher content. In other words, you’ll earn medals or medallions for pretty much anything you do.

New this year, however, is Strike Scoring, which factors in play time only for Guardian Games playlists. There are also Strike Medals which reward players for pulling off impressive gameplay feats, like taking out enemies with Shatter, or another particular move or special.

When you’ve racked up some medals and medallions, take them over to the Podium at the Tower and get them deposited.

When Does Destiny 2 Guardian Games End?

The Guardian Games will start today, May 3, and end on May 24.

So what are you waiting for? Get grinding out those medals and lighting the torches!

For more Destiny 2 tips and tricks, be sure to check out the links below.