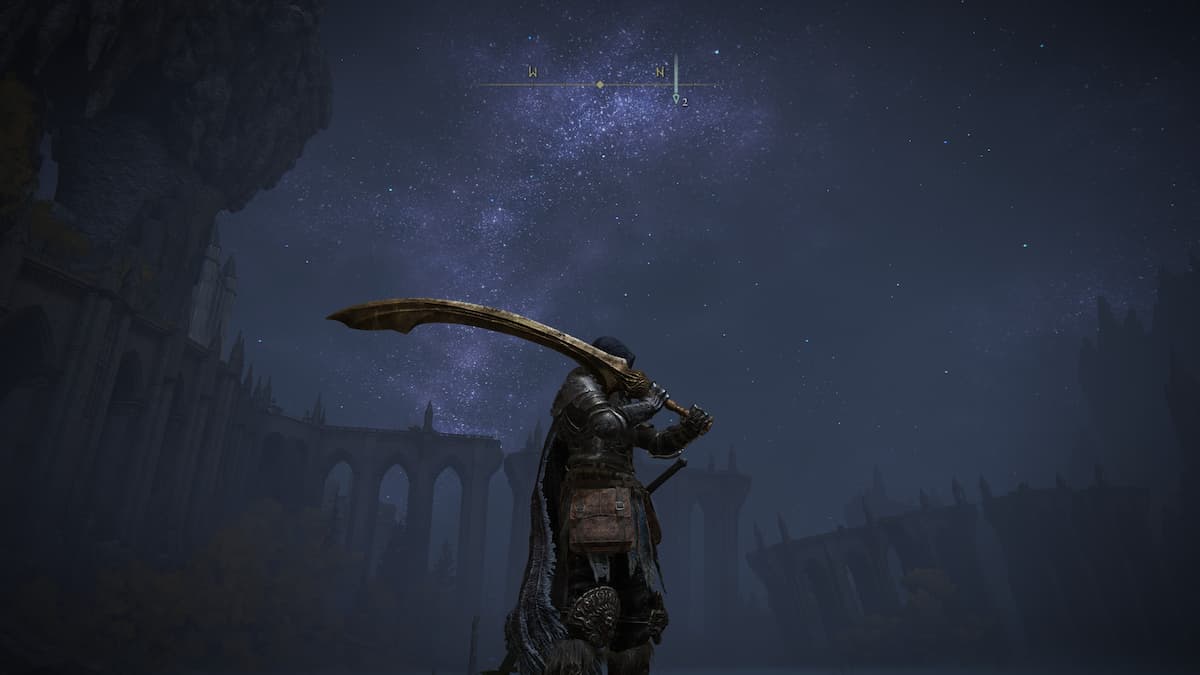 This greatsword is a long way away from the starting area in Limgrave. It could take a while to reach it depending on your level, but we’ve got all the info you need right here. Here’s how and where to get the Onyx Lord’s Greatsword in Elden Ring.

This particular greatsword is found inside the Sealed Tunnel, located in the Altus Plateau region of the Lands Between. Ironically, the tunnel isn’t actually sealed. You can follow our guide here on how to get into the Sealed Tunnel, just in case you haven’t been there yet.

Here’s the tunnel’s exact location on the map:

The tunnel is found near the west gate of Leyndell Royal Capital and it’s full of illusory walls. If you follow the messages on the ground left by other players, you’ll be able to reach the boss room where the Onyx Lord boss is waiting.

This boss will use gravitational magic along with heavy sword swipes to attack you. Try to fight him around the edge of the small room so that when the gravitational moves start up, there’s enough space to run to the opposite side of the room to avoid them. This is an easier fight for ranged builds but still very doable for melee characters.

The Onyx Lord’s Greatsword is a decent choice for character builds that focus on Strength and Intelligence as the primary stats. It scales D for STR, E for DEX, and D for INT, and it requires 20 STR, 16 DEX, and 16 INT to use properly.

That’s everything you need to know about how and where to get the Onyx Lord’s Greatsword in Elden Ring. Be sure to check out our weapon tier list if you’re looking to find other good options for your specific build.