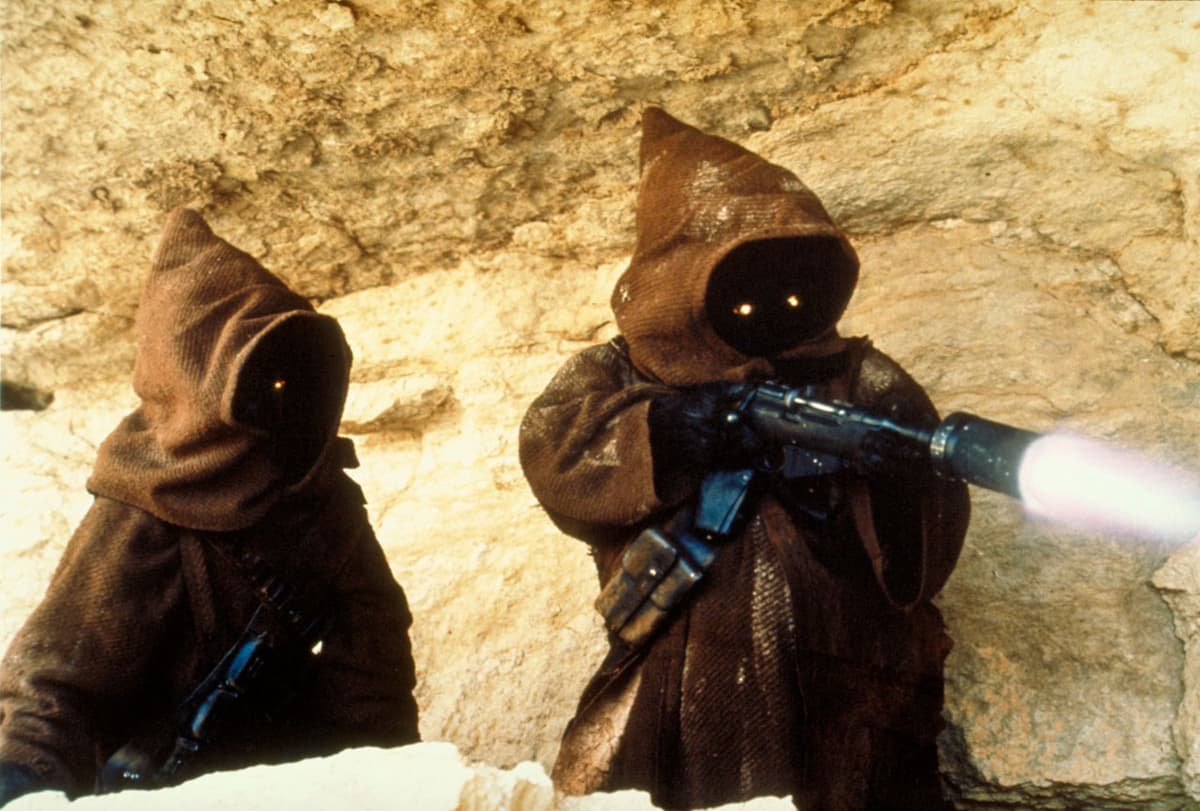 The Star Wars franchise is full to the brim with mysteries to ponder: Why did Chewie not receive a medal at the end of A New Hope? Who the heck was Anakin’s father? What on earth was George Lucas thinking when he created Jar Jar Binks? Today, however, we’re going to be tackling a completely different mystery that is likely on your mind right now. Yes, if you’re here, you’re probably wondering what Jawas look like under their hood in Star Wars? So, without further ado, let’s get into it, shall we?

What Do Jawas Look Like Under Their Hood in Star Wars?

We’ll cut right to the chase: Canonically, we still don’t know what Jawas truly look like under their hoods. We know. Bummer, right? That being said, we do know a few things that may help shed some light on the matter.

Firstly, George Lucas originally designed the desert-dwelling scavengers to resemble large rats underneath their hoods, though he felt that it looked a bit silly and theatrical. As a result, he walked back that idea.

Furthermore, behind-the-scenes shots from Return of the Jedi reveal that the Jawas have squarish heads covered in black material with big yellow eyes that appear mechanical. However, this is simply a costume that may not reflect what the creatures look like in the canonical world of Star Wars.

Finally, Alan Dean Forster’s original Star Wars novelization describes Jawas as rodent-like (which lines up with George Lucas’s original vision) and goes on to compare them to de-evolved humans. Of course, these could simply be figures of speech or metaphors, so we’re inclined to take that description with a grain of salt.

Ultimately, the truth is, we still don’t entirely know what those Jawas look like under their hoods. We guess that it’s yet another mystery to ponder in the world of Star Wars.

So, there you have it. We hope this helped clue you in on what Jawas look like under their hood in Star Wars. For more Star Wars-related content, be sure to check out the relevant links below.