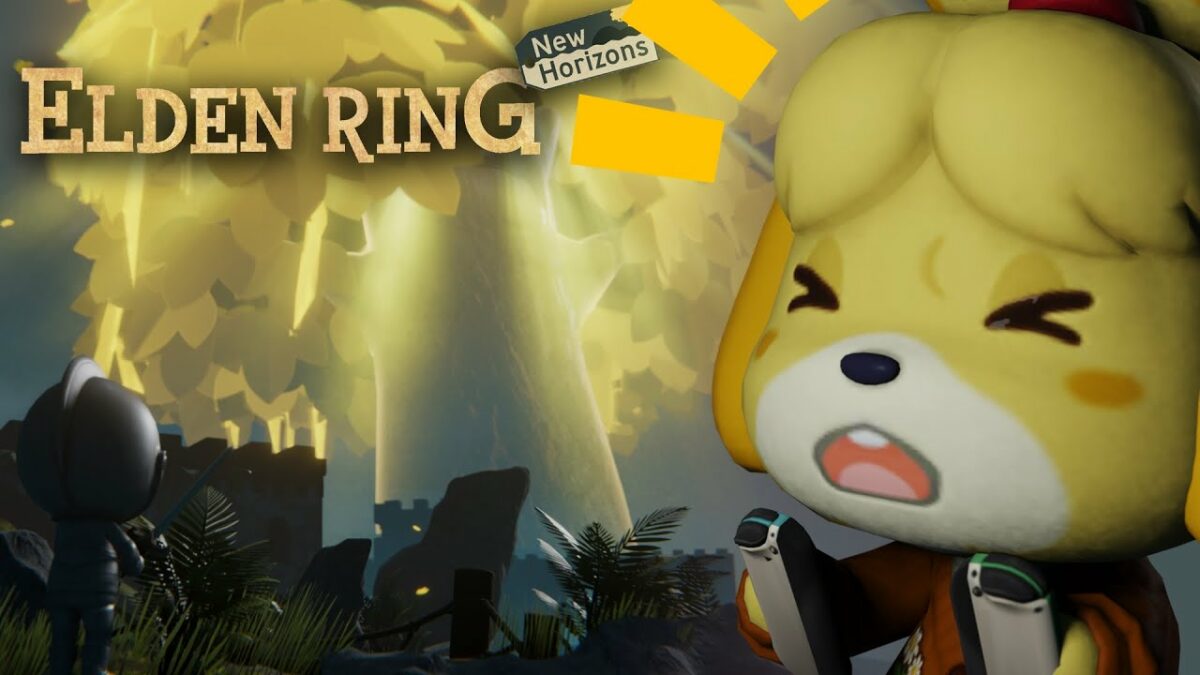 Despite looking cute and cuddly, Animal Crossing fans will never forget the blossoming relationship of Animal Crossings Isabelle with the Doomguy from DOOM last year. Despite being polar opposites, the internet fell in love with the pair, resulting in a bunch of hilarious content as a result.

Due to this odd pairing, it’s important to remember that just because you’re cute and cuddly doesn’t mean you can’t try out interesting new things. That is exactly what Youtuber Wooden Turtle must have thought when they created the following Isabelle and Elden Ring animation.

As you can see in the video above, Isabelle goes outside of her comfort zone and gives Elden Ring a try – and on Nintendo Switch no less; she must know some people. Despite trying her best against the sword-wielding crab boss, Isabelle is quickly defeated.

In an entirely related reaction, Isabelle then throws her controller at the TV in frustration, choosing to quit the game and play Super Smash Bros. Ultimate instead. This video is just one of the many parodies that creator Wooden Turtle has made over the past year, so be sure to check out the rest of their channel.

While you’re here, we’ve also got plenty of other great Elden Ring and Animal Crossing content for your to check out in the related articles section below. That includes lots of news, features, and quizzes fans of both series will surely love.