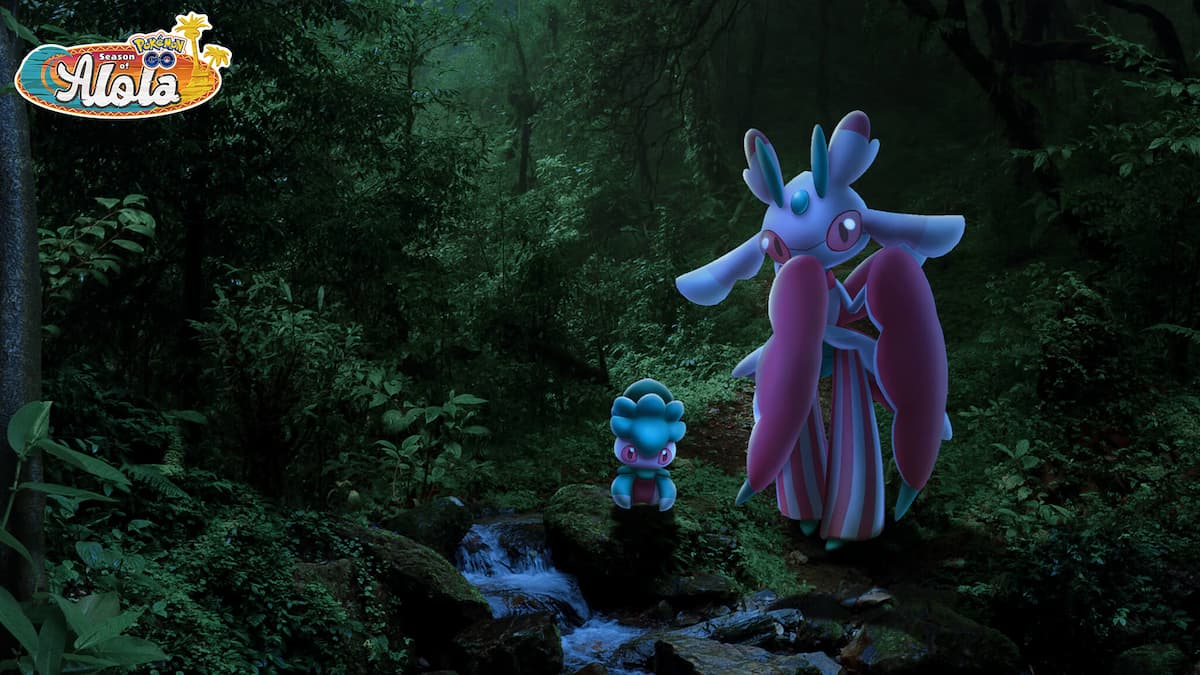 Creatures only found in the Alola region have finally made their way into Pokemon GO. Like past introductions of new regions, only a handful of ‘mons have been introduced at this point. But as time goes on, more Pokemon will join the game. Here’s everything you need to know about how to catch Fomantis and Lurantis in Pokemon GO.

Fomantis and Lurantis are monotype Grass-type Pokemon from the Alola region that are based on real-world orchid mantises. These Pokemon were introduced to the game during the Lush Jungle event which is currently live in some regions. For reference, the event runs from Mar. 22, 2022, at 10:00 a.m. to Mar. 29, 2022, at 8:00 p.m. local time.

This event will give you the opportunity to catch Fomantis in the wild and in Field Research encounters. It was also confirmed that Fomantis will be appearing in Timed Research tasks during the Lush Jungle event. We know that you’ll have to complete certain tasks relating to catching Grass-type Pokemon. However, no specifics about what those tasks are has been released.

If you missed the Lush Jungle event, then you may need to wait until Fomantis is added to the general pool of Pokemon that spawn in the wild. It doesn’t always happen instantly, but it will return eventually.

As for obtaining the evolved form, Lurantis, you won’t be able to find them in the wild, raids, or as Field Research encounters. You’ll just have to catch a bunch of Fomantis and get 50 Candy to evolve the Grass-type ‘mon.

You can also set Fomantis as your buddy, use Pinap berries, or convert Rare Candy to get to 50 more quickly. But we don’t suggest the last option since Rare Candy can be used in better ways — like leveling Legendary Pokemon.

Here’s a quick rundown on how to catch Fomantis and Lurantis in Pokemon GO:

That’s all there is to know about how to catch Fomantis and Lurantis in Pokemon GO. Hopefully, you get plenty of time to go outside and catch these Pokemon during the Lush Jungle event.