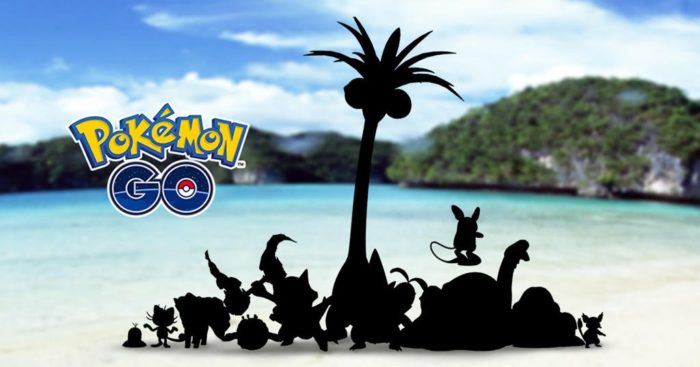 The Pokémon GO twitter announced this morning that Alolan forms are coming to the popular mobile game. The tweet reads, “Trainers: Exciting news! The Alolan forms of Pokémon originally discovered in the Kanto region are coming soon to Pokémon Go!”

The tweet also features a link to a blog post from the developers, Niantic, detailing what’s to come. It reads:

Sunny days are ahead! Whether your forecast calls for rain or shine, we’re celebrating all around the world by introducing some special Pokémon from the tropical Alola region to Pokémon Go. Get ready for some of the Pokémon originally discovered in the Kanto region to appear in their Alolan forms! These unique variants were first seen in the [Pokémon Sun and Moon] video games, and they will make their way to Pokémon Go in the coming weeks. Keep an eye out for news related to this exciting change–and don’t forget to tell you’re friends! Stay safe, and happy exploring!”

As the blog post states, these Alolan forms will make their way to the game in the coming weeks but an exact date for their release has not been announced.

Alolan forms first made their way into players’ Pokédex with the Nov. 18, 2016, release of Sun and Moon. For those unfamiliar, Alolan forms were only given to Pokémon previously seen in other games. In fact, only those from the Kanto region–these are the ones from Red, Blue and Yellow–can be seen with an Alolan form. Alolan forms differ from their Kanto counterparts in that they usually have a different type associated with them, a swapped color scheme, additional physical features and different stats.

For example, Rattata in the Kanto region is a purple mouse that’s normal type. The Alolan version of Rattata is black instead of purple, has a mustache and is dark and normal type.

Others that have an Alolan form include Muk, Sandslash, Golem, Ninetails and Diglett. In total, there are 18 Alolan forms.

In other news, the legendary Ho-Oh just returned to the game and it’s available until June 6.