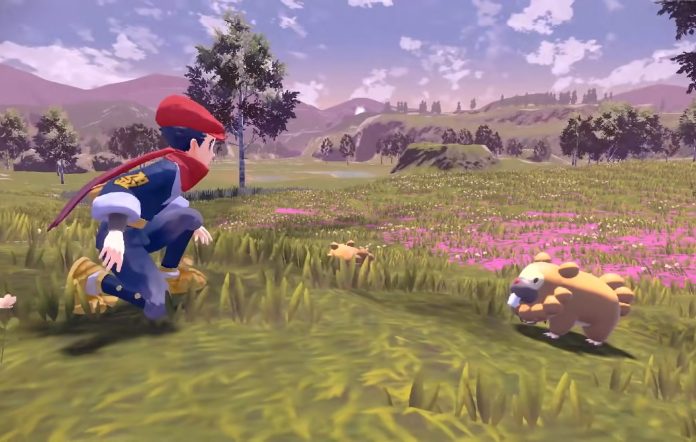 Pokemon Legends Arceus makes a bit of a change from the usual fare for the series by forcing players to catch different Pokemon multiple times in order to complete Research Tasks. As a result, you’re going to want to know how to catch Pokemon easily, and the best way we’ve found to do this is to sneak up on them and get a back strike. Here’s how to sneak in Pokemon Legends Arceus to help you with your catching efforts.

To sneak, simply press the B button. This will cause your character to crouch, and in this stance they’ll move a little bit slower but Pokemon won’t spot you as easily.

We’d also recommend making use of any tall grass nearby when trying to sneak up on Pokemon, as this makes it even harder for them to detect you.

Ideally, you want to sneak up on a Pokemon by getting close behind it. Not so close you could poke it in the back, but close enough that you can throw a Poke Ball and catch it. As long as you’re able to throw a Poke Ball at it from behind, you’re almost guaranteed to catch it as this will count as something called a back strike.

It’s worth keeping in mind that this is the best way to easily catch Pokemon in Pokemon Legends Arceus. By running headfirst at a Pokemon, it’ll be alerted and can start attacking you or your Pokemon, triggering an actual battle. This can be a time-consuming process, especially if you’re just trying to catch some weaker ‘mon, so always try the sneak approach whenever you’ve got the chance.

That’s everything you need to know on how to sneak in Pokemon Legends Arceus. With your newfound stealthy skills, you should be able to catch Pokemon easily. For more tips, tricks and guides, head over to our wiki or see more of our coverage on the game below.