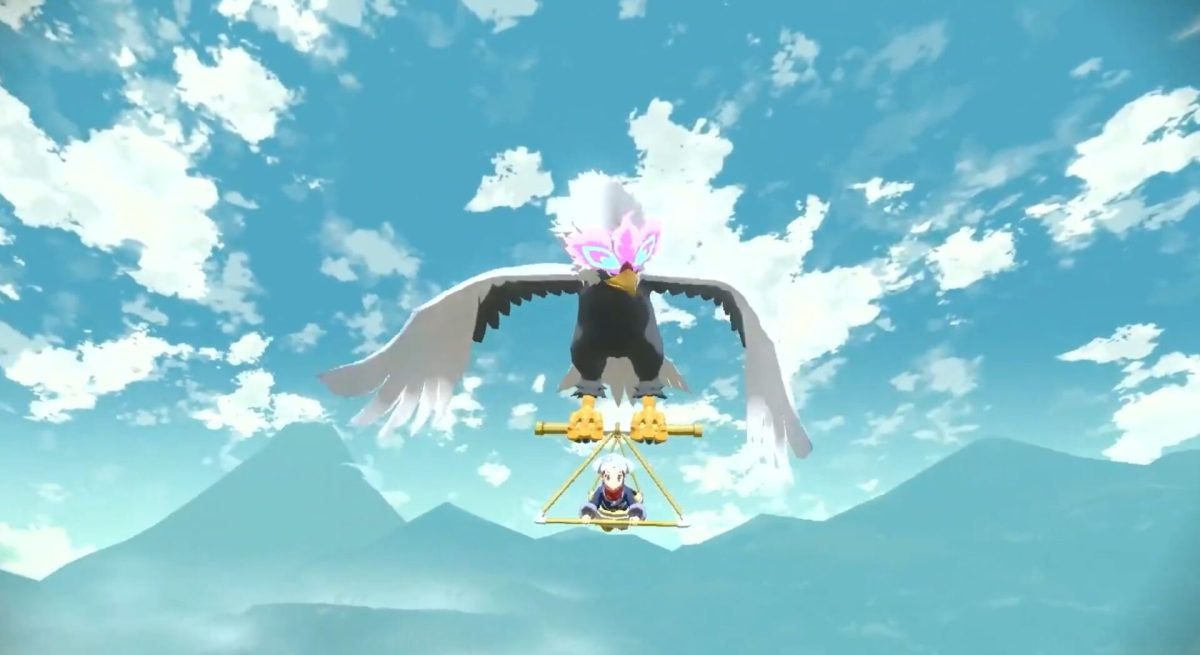 If you’re wanting to get around the world of Hisui a little bit faster in Pokemon Legends Arceus, then you’re going to want to make use of riding different Pokemon. One of these that you can ride to fly through the skies is Hisuian Braviary. In this guide, we’ll explain how to get Hisuian Braviary, both by catching and evolving one, so you can fly in Pokemon Legends Arceus.

There are two ways you can get Hisuian Braviary, both of which require you to reach the Alabaster Icelands. You can either catch one with the use of Jet Balls, or you can catch Rufflet and evolve it if you think this will be easier.

Here are the steps you’ll need to take in each case:

Alternatively, you can evolve a Rufflet into Hisuian Braviary. To do this, you’ll need to first catch a Rufflet, also found in the Alabaster Icelands, near Lake Acuity.

Simply keep an eye out for a Rufflet flying around here and catch one with your Jet Balls.

Level your Rufflet up to level 54. At this stage, you’ll then be able to select its Poke Ball icon and select the ‘Evolve’ option. Confirm you want to ‘Do it!’ and the little animation will play out as your little bird grows into big bird.

How to Fly in Pokemon Legends Arceus

Once you’ve got yourself a Hisuian Braviary, you can use your Celestica Flute — unlocked during the ‘The Frenzy of the Lord of the Woods’ quest — to call it by pressing +.

Then it’s simply a case of clambering on its back and taking to the skies.

That’s everything you need to know on how to get Hisuian Braviary in Pokemon Legends Arceus. For more tips, tricks and guides, head over to our wiki or see more of our coverage on the game below.