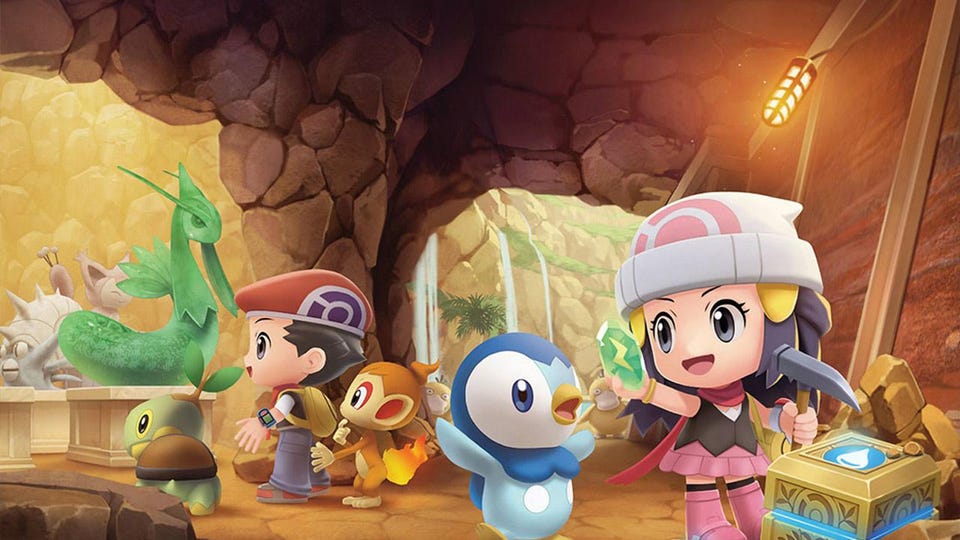 On your way through Brilliant Diamond and Shining Pearl, you’ll need to help put a stop to Team Galactic by getting inside their HQ and foiling some of their plans. Or, at least trying to. The problem is, when the game tells you to go to the criminal gang’s HQ, you’ll be faced with a locked door and you’ll need to go somewhere else to find the key that opens it. Here’s how to get into Team Galactic’s HQ in Pokemon Brilliant Diamond and Shining Pearl.

First off, you’re going to have to actually leave the Team Galactic HQ and instead head to the Team Galactic Warehouse. Before you do, interact with the grunt in front of the HQ building to get the Storage Key.

With the Storage Key acquired, head over to the Team Galactic Warehouse in the northwest corner, right by where you first entered Veilstone City. Head into the small house with the green roof by all the containers here, and then use the Storage Key to get inside.

Now keep going right and follow the corridor until you reach a flight of stairs at the end. Go up these and then up another. You’ll now be in a room with two portals on the floor to your left. Take the left-most portal and then hop onto the other portal in the next room.

Take the stairs up in the room you arrive in (it’s the only way you can go) and then use the portal to your left, rather than the stairs to your right. Head down the stairs, and then another set.

You’ll now find a grunt to battle. Beat them and you’ll be given the Galactic Key, which can then be used to open up the Team Galactic HQ in Brilliant Diamond and Shining Pearl.

Head down the next set of stairs to open up a shortcut to the beginning of the building where you first entered.

Walk back over to the Team Galactic HQ building, walk over to the door and you’ll now be able to gain access by using the Galactic Key (press A when looking at the door).

Congratulations, you’re now inside the Team Galactic HQ. Make sure you heal your Pokemon and stock up on Battle Items before proceeding much further. There are plenty of battles with grunts to be had up ahead.

That’s everything you need to know on how to get into Team Galactic HQ in Pokemon Brilliant Diamond and Shining Pearl. For more tips and tricks, head over to our wiki or see more of our coverage on the game below.