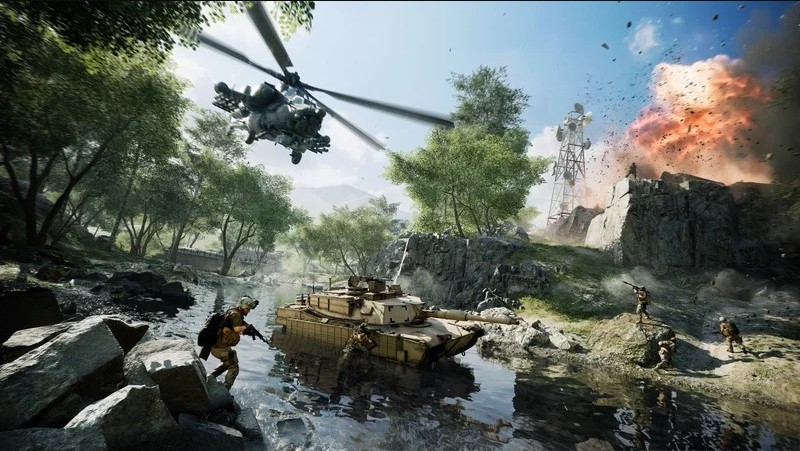 EA’s large-scale multiplayer FPS has arrived with a new entry in its long-running Battlefield series. Developed by DICE, Battlefield 2042 offers up massive 128-player skirmishes across huge, sprawling maps. Breaking down the multiplayer barriers of the past, too, there’s Battlefield 2042 crossplay, so Xbox players can play with PlayStation and PC players, too. In this guide, we’ll explain how to turn cross-platform play off, how to turn it on again, what platforms can play with one another, and how to add friends from different platforms so you can play together.

How to Turn Crossplay Off in Battlefield 2042

Depending on your platform, turning crossplay off in Battlefield 2042 is done in different ways.

If you’re on Xbox One/ Xbox Series X|S, the process is a little more long-winded, as you’ll need to turn crossplay off at the system level. To do this:

Keep in mind that doing this on Xbox platforms turns off crossplay in all games, not just Battlefield 2042.

Turning Cross-Platform Play On in Battlefield 2042

To turn crossplay back on, you simply need to head back into the ‘Other’ menu within the game’s Options menu on PC and PlayStation and change the Cross-Play toggle back to ‘On.’

For those on Xbox consoles, you’ll need to go back into the system settings and change the ‘You can play with people outside of Xbox Live’ setting back to ‘Allow.’

Which Platforms Are Included in Battlefield 2042 Crossplay?

Crossplay is available in Battlefield 2042 on the following platforms:

It’s worth noting, however, that those on PS4 and Xbox One can only play with and against each other. They cannot play with PC, PS5 and Xbox Series X|S players, even if the crossplay setting is turned on.

You can add friends on different platforms so you can play Battlefield 2042 together from the Social menu.

On the Party/ Friends screen, select the ‘Add Friend’ option and then enter their EA Account name. Have them accept your request and then you should both appear within each other’s Social menu screens in Battlefield 2042.

Now invite them to your game and you’ll be all ready to play.

That’s everything you need to know about Battlefield 2042 crossplay. For more tips and tricks on the game, head over to our wiki or see more of our coverage on the game below.