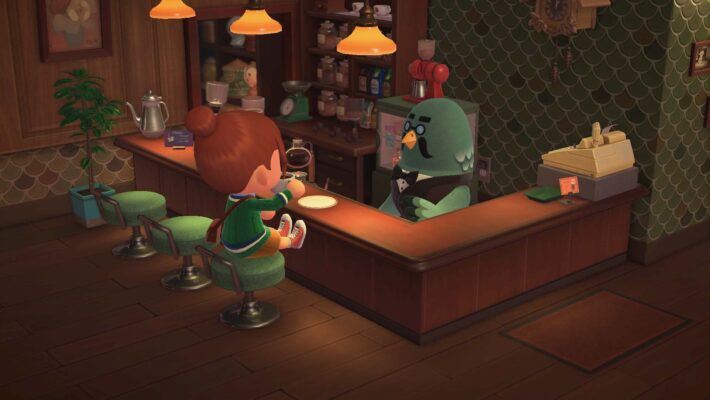 Update 2.0 has just gone live in Animal Crossing New Horizons, and it’s a big one. It adds Brewster and his cafe, the Roost, which is a feature that fans have been asking for for a long time. It also adds a new cooking system, allowing players to prepare meals and display them, as well as an expansion to Harv’s island, so you no longer need to wait for NPCs like Kicks or Sahara to randomly decide to visit you. There are plenty of other small addition as well, some of which may appeal to players who want more ways to interact with their villagers. Here’s how to stretch in Animal Crossing New Horizons.

If you’ve been playing the game for a while now, you’ve probably noticed that your villagers will sometimes gather in front of the Resident Services building to do some yoga together. With update 2.0, you can finally join them.

Head over to the front of the Resident Services building, and you should see a tape deck to the right of the doors. Interact with it using the A button, then gather the entire island together for a quick stretching session.

When you start, you’ll have the option of detaching your Joy-Cons to use the motion controls to stretch along with them. This doesn’t really have any in-game benefit, but it is a cute way to get players to be a bit more active from their living rooms when they feel like they’ve been a bit too sedentary for a while.

Alternatively, you can also choose to use the buttons on your controller instead, if you don’t feel like being too active. Just follow the button prompts onscreen, and you’ll be fine.

You can start stretching sessions pretty much whenever you’d like, and it’s a great way to bond with your villagers in your spare time.

That’s all you need to know about how to stretch in Animal Crossing New Horizons. Be sure to check our guide wiki for more tips and information on the game.