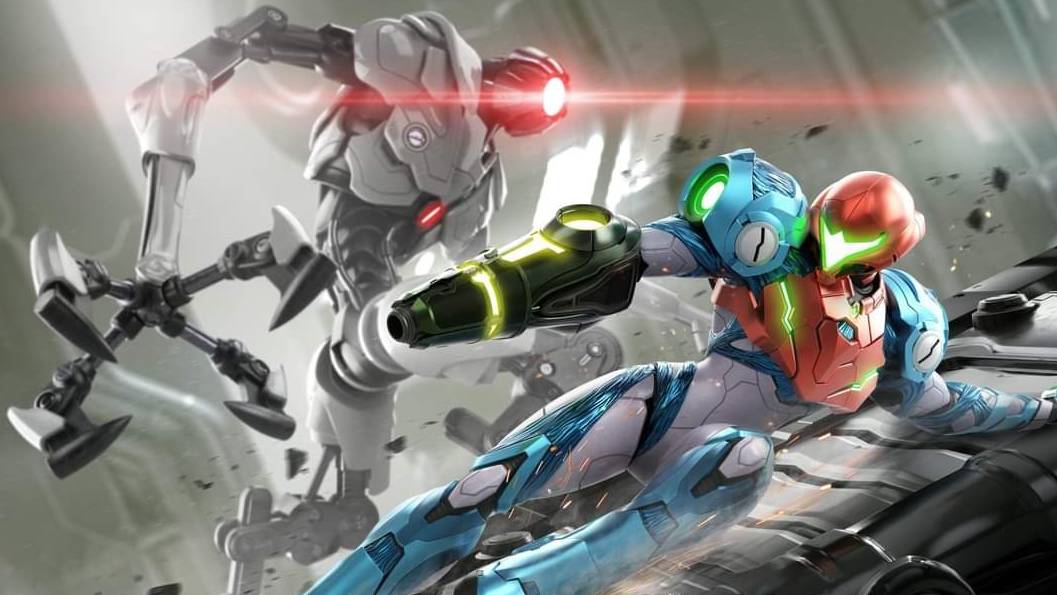 Metroid Dread is the latest adventure with bounty hunter Samus Aran, and this time, you explore the remote planet of ZDR. You’re bound to come across blocks in the walls and floors that can’t seem to be broken with your default beam, making you feel stuck with how to proceed. Each of these special blocks has a unique symbol on them, but that isn’t always helpful if you can’t figure out how to break it. Here are all of the block and door types and how to break them in Metroid Dread.

Each block has a unique color and symbol that lets you know which weapon or ability to use in order to break it. This is what each block in Metroid Dread looks like and what you need in order to bypass it.

The Beam Block has a big white circle on each side. It can be broken with your default beam. You may need to crouch to get the correct aim in order to successfully hit it.

The Missile Block has red glowing lights with a missile symbol on it. As the symbol implies, this block can only be broken with a missile, which can be shot out of your beam when holding R.

The Bomb Block has a pinkish glow with the circular icon shown on it. You’ll only be able to destroy these blocks after you’ve obtained the Morph Ball Bomb. Just curl up into Samus’s Morph Ball and drop a bomb next to it with Y.

The Pitfall Block, which is grey and has cracks on it, is a type of block in Metroid Dread that you actually don’t use any weapon to break. Usually, this block will be disguised as normal flooring and will break immediately upon standing on it. It is typically designed to be like a trap door flooring.

While it’s not exactly a block, in Metroid Dread you might encounter a huge box blocking your path with three yellow lights on it. You can’t move it without first acquiring the Wide Beam. This will allow you to shoot at the three buttons to light them simultaneously, which will cause the block to shift and allow you to pass through.

The Grapple Beam Block has a bright blue glowing triangle on it. These can only be destroyed with the Grapple Beam. You’ll need to hold ZR and then press Y to fire the Grapple Beam while facing this block to latch on and then tilt the analog stick in the opposite direction to remove it.

Similar to the Grapple Beam Blocks above, this box variety has a glowing blue triangle symbol on it. They are on a larger box and can be shifted the same way by holding ZR and then pressing Y to fire the Grapple Beam while facing it. Doing so will shift the box and allow you to pass through.

The Screw Attack Block has a blue glow and a lightning bolt symbol on it. They can be broken once you have the Screw Attack ability. Use that attack on the blocks to destroy them.

The Power Bomb Block looks semi-translucent but has an orange glow with a circular symbol on it. These blocks can only be broken when using a Power Bomb — which is an upgrade to the Morph Ball Bomb — near them.

The Storm Missile Blocks are represented with green lights. To solve these block puzzles in Metroid Dread, you need to lock onto all of the green lights with the Storm Missile by holding R to charge and then press Y to release the missiles. That will allow the block to move so you can pass through the area.

The Diffusion Block looks like there is a bit of pink material resembling tentacles or brains embedded into the wall or ceiling. For these, you’ll want to use the Diffusion Beam to break it. Usually, they will take two or three hits before it blows a hole in the wall for you to pass through.

Each door has a unique look that lets you know which weapon or ability to use in order to break it. This is what each door in Metroid Dread looks like and what you need in order to bypass it.

Most doors in Metroid Dread will look like this. All you need to do is shoot it with a Power Beam shot or anything stronger in order to open it.

If you see a red cover with an octagonal pattern over the door, that means you need to shoot it with a single missile in order to break through it. You will only need to do this once per Missile Cover, and then it will turn into a regular Power Beam door.

Some entrances will look like a black and white pixelated door that you can just walk right through. These are the entrances (and exits) to EMMI Zones where hostile EMMI robots may be roaming. These doors may be locked closed if an EMMI is actively pursuing you, and they also close for 2-3 seconds after you exit them.

This is the only door in the game that can harm you. It’s a black, slimy creature covering a door and will expand to attack Samus if you walk close to it. Lure it out and defeat it by performing a counter or shooting it with missiles. This door signifies that a boss battle is up ahead.

This red door (on the left side of the screenshot) will automatically close if you approach it. You need to use the Phantom Cloak to bypass the sensors so it does not detect you.

The Shutter Door is similar to the Sensor Lock door, but it is yellow instead of red. The Phantom Cloak will not work to bypass it, so you must jump and use a Flash Shift through the door to avoid stepping on the platform in front of it.

The Wide Beam cover has three yellow buttons on it. You must use the Wide Beam to destroy this cover and reveal the regular Power Beam Door behind it.

Thermal Doors are a special type of door that is opened automatically once the flow of lava in the area has been redirected. They are indicated by gaps in the door where you can see the lava inside. You must locate the correct thermal device nearby to shift the flow, and this will cause the door to open permanently.

If you see a light greenish colored cover over a regular Power Beam door, this signifies a Plasma Beam cover. You must use the Plasma Beam to destroy this cover to access the door.

If you see a light purplish colored cover over a regular Power Beam door, this signifies a Wave Beam cover. You must use the Wave Beam to destroy this cover and access the door.

If you see a greenish triangular pattern cover over a door, this signifies a Super Missile cover. You must use the Super Missile upgrade in order to destroy it.

Finally, the Morph Ball Launcher is an entrance that can only be accessed in Morph Ball form. You must enter it while in a Morph Ball and use a bomb to activate it, which launches you through the tunnel at high speed.

If you come across any of the blocks or doors in these guides without the correct weapon or ability to bypass them, it just means you need to come back to that spot later. Likewise, as soon as you get a new weapon or ability and aren’t sure where to go next, check your map for new places you can access. That’s all of the block and door types and how to break them in Metroid Dread. For more tips and tricks, be sure to check back with Twinfinite for more Metroid Dread guides.