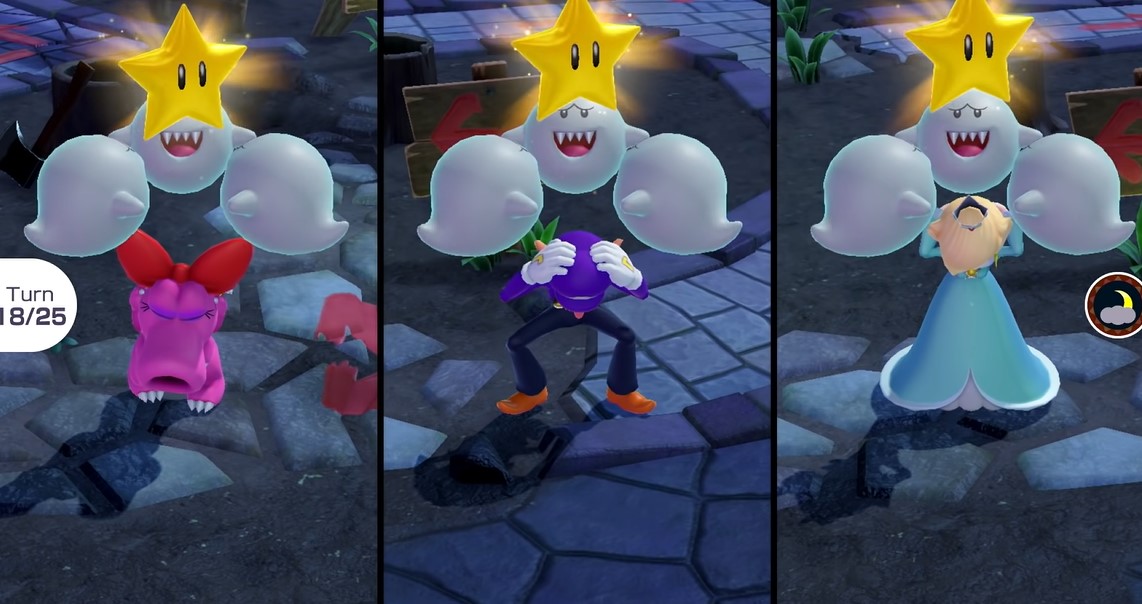 Mario Party Superstars is a game about honor and respect. Each player in the game is noble in their actions and they move around the board at a steady pace. But there are some scoundrels out there that break with tradition and are absolutely ruthless. They lie, cheat, and worst of all, steal. Here’s everything you need to know about how to steal Coins and Stars in Mario Party Superstars.

How to Steal Coins & Stars in Mario Party Superstars

There are two different ways that you can call on the devious Boo to steal Coins or Stars from one of your opponents. There’s also a third way of stealing Coins and Stars that doesn’t involve Boo, but we’ll focus on the little ghost first.

Each board in Mario Party Superstars has at least one Boo space where you can choose to steal Coins for free for a Star for the cost of 50 Coins. Targeted players must tap A to fight off Boo when Coins are being stolen or else they’ll lose a ton of coins. The minimum amount of coins that can be stolen is 8 and only one star can be stolen at a time.

It’s also important to note that a lot of the Boo spaces are far off the often-traveled paths on boards. Many times they’ll be in areas that are locked off by Skeleton Key doors. You may need to veer off course from the star to actually make it to Boo.

The Boo Bell item is a much more convenient way to get access to the same perks of walking to a Boo space. This item can be used one time to summon Boo wherever you are on the map so you can still chase down the Star while stealing Stars. The same costs apply when using a Boo Bell to steal Coins or Stars.

Just like the Boo space, every board has at least one Chance Time space. When a player lands on one of these spots it’ll bring them to a short minigame where you hit three blocks. The two blocks on the sides have players faces on them and the middle block has some symbols that might not mean much to you if you’ve never landed on a Chance Time space before.

That middle block determines what happens between the two characters that end up being rolled on the side blocks. It can be anything from one played giving another player 10 of their coins, or you might even be able to take a star away from another player. Since there’s a bit more randomness to Chance Time, there’s no coin cost associated with this space. And because of that, it’s also not the best method for trying to steal stars.

Here’s a quick summary of how to steal Coins and Stars in Mario Party Superstars:

That’s all there is to know about how to steal Coins and Stars in Mario Party Superstars. If you want to be a noble player who fights for justice, then you should check out how to get better by practicing minigames.