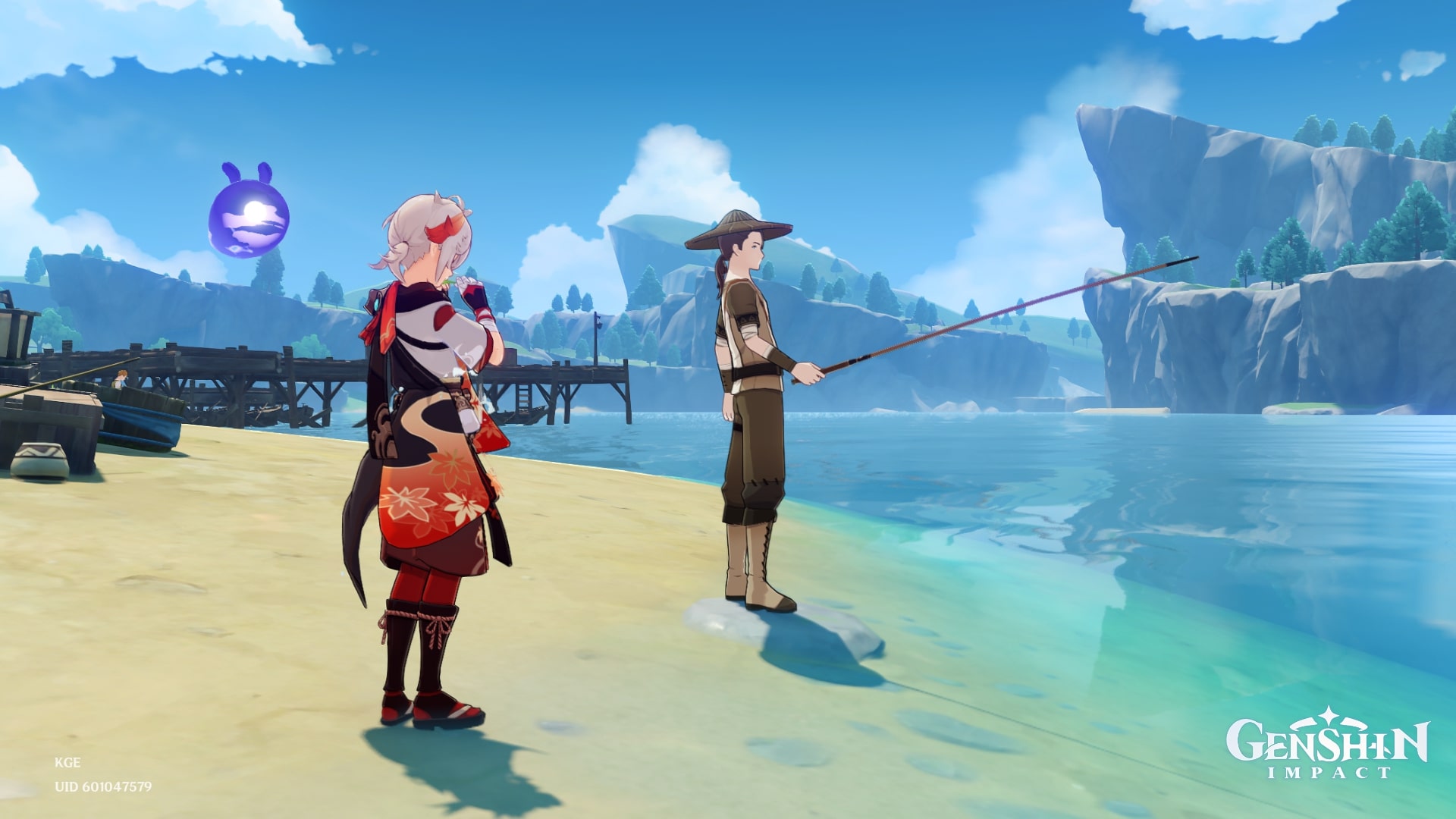 The Genshin Impact 2.1 has added a number of brand-new features to the game alongside new characters, locations, and more. One of the new features is the ability to fish. Here’s everything you need to know about fishing in Genshin Impact, including how to get a rod, bait, and where to fish.

How to Get a Rod

First of all, you need to be at least Adventure Rank 30 and finish the Ritou Escape Plan quest to get a fishing rod. The Exploding Population quest should be in your quest log after you update to version 2.1 and it will reward you with your first fishing rod.

Follow the quest and speak to Katheryne at the Mondstadt Adventurers’ Guild to learn about the Fishing Association. Then, speak to a man named Nantuck who can be found fishing right outside the city’s walls.

He’ll move to a different spot at the edge of Cider Lake and give you a rod to try out fishing for the first time.

To fish in Genshin Impact, stand near ripples in bodies of water and make sure not to move too much or perform any attacks or aggressive actions, or the fish will swim away.

Hold the Cast Rod button (R2), then aim at where you want to drop the line. If you drop it too far, fish won’t notice, and if it’s too close, they’ll get startled. When a fish finally bites, press Raise Hook (R2) to reel it in.

When you have a bite, hold and release the Fish button constantly to keep the meter at the top of the screen in the yellow zone as the fish struggles. If the meter ever turns red, it means that the fish is about to escape.

How to Get Bait

There’s one Fishing Association in each region — one for Mondstadt, one for Liyue, and one for Inazuma. You can also get a special region-specific fishing rod for all three.

Where to Fish in Genshin Impact

There are several places where you can fish in Genshin Impact. Fishing spots are scattered all across the map in all three currently available regions of Teyvat.

Here are the locations that you can fish at in Mondstadt and Liyue that are being shown in an image from the Genshin Impact interactive map:

There are fish that can be caught in all major bodies of water, as well as a few minor lakes and waterways. And here are the fishing spots that can be used in Inazuma:

Almost every single area in Inazuma is near the water since it’s an island nation. But those are the specific spots that you should go to in order to catch some fish.

That’s everything you need to know about how to get a rod, bait, and where to fish in Genshin Impact. Be sure to check out our guide wiki for more tips, tricks, and other useful info on the game.