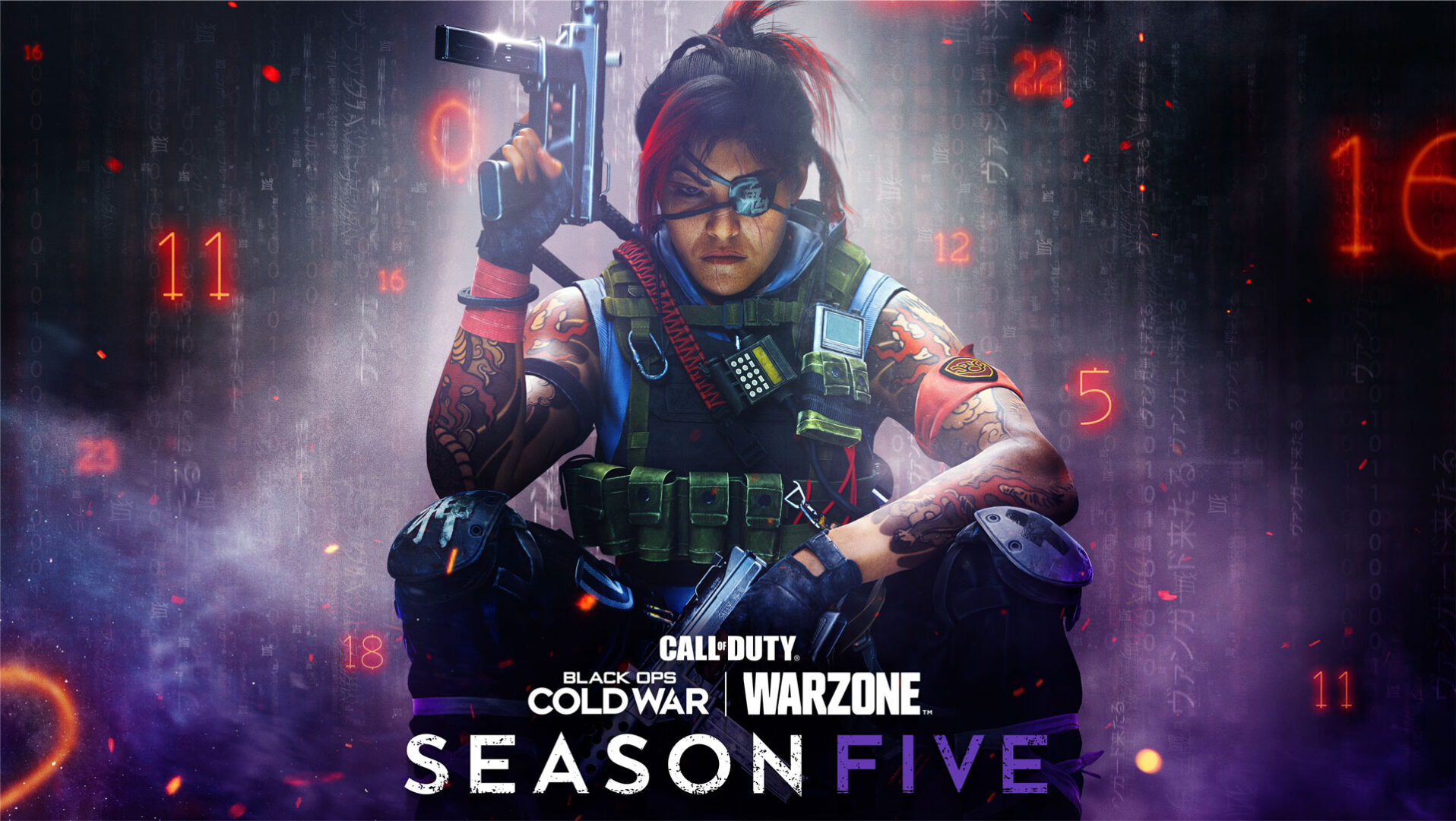 While the Call of Duty: Black Ops Cold War Season 5 update may be available to download for players right now, the launch of the update has been officially pushed back by a day. That’s right, Season 5 won’t actually start until later today, August 12 at 9pm PT/ 12am ET (Aug 13) / 5am BST (Aug 13). That said, Treyarch has released the Season 5 patch notes in preparation of the next big content drop, and we’re here to outline all the things that’ll be changing in the latest update.

Before diving into the Season 5 patch notes, though, it’s worth mentioning that much like the last four seasonal updates so far, this new patch will also introduce a new mode, new weapons, maps, Operators, and 100 tiers of Battle Pass unlocks.

The main things that players will notice in the latest Season 5 patch notes is that the assault rifles have been balanced significantly and the pistols have been nerfed. Specifically, the XM4, QBZ-83, FFAR 1, Groza, Fara 83, and C58 rifle have all received major tweaks. The FFAR 1, for example, will now deliver more damage at close range, but slightly less at longer distances.

Elsewhere, submachine guns such as the LC10 and KSP 45 have also been adjusted, while dual wield pistols have received a slight nerf as well.

For more information, here are the full Season 5 patch notes courtesy of Treyarch:

The XM4 is getting several new adjustments to assist with its handling, as well as a unique attachment. As one of our more popular weapons, the XM4 sees plenty of usage from experts and less experienced players alike, so we’ve made changes to specific attachments to appeal to players of all skill levels. Players may want to experiment with new attachment combinations after this update to find the sweet spot that works for them.

Though the QBZ-83 is a solid performer, it’s been underused compared to the rest of its class. We’ve reduced its recoil to help more players explore this weapon, develop a feel for it, and find success with it in-game.

As the fastest-firing AR, the FFAR 1 should be serviceable in a more aggressive, close-quarters play style.  To accomplish this, we’ve given the weapon additional high-damage potential at short range while retaining its original damage values for mid- to long-range combat. Hip fire has also been improved to help with short-range encounters. As a result, several of its Barrel attachments have also been adjusted. These changes allow a skilled player to leverage the FFAR 1’s shorter-range capabilities for a more versatile play style.

With the Groza, handling speed is key. We’ve made visual improvements to help players take better advantage of this weapon’s quick handling, as well as attachment changes to lean into the Groza’s unique personality as a bullpup AR.

Mid- and long-range combat are important factors for the FARA 83. Currently boasting the best range of any AR as well as a fast fire rate, this weapon requires consistency for success. As such, we’ve improved recoil and visibility while firing. While this AR was originally concepted to fill more a marksman-like role on larger maps, it has proven to be reliable in most game modes. Developing a sense for controlled firing will lead to even more success with this weapon.

While the C58 is a powerful weapon in capable hands, some of its handling characteristics initially created a high barrier for proficiency. We’ve addressed this by improving the recoil, feel, and visibility while firing the weapon. The C58 isn’t recommended for close quarters, but with proper ammo management, this weapon can perform much like an LMG with the handling of an AR.

Moving onto SMGs: the KSP 45 has recently overperformed at ranges we feel are better suited for other weapons. We’ve made slight adjustments to its burst fire speed and effective damage range to alter the feel of the weapon just enough that focused players won’t feel much of a difference, but others won’t feel as “lucky” with this weapon.

In the weapon lore of Black Ops Cold War, the LC10 is an SMG created by a sniper rifle manufacturer. Accuracy – specifically at range – is part of its personality. The LC10 also features very little damage drop off to create a very consistent time to kill over a large distance. With the launch of Season Five, we’re making slight adjustments to recoil and range to raise the skill level required for success.

Dual wielding pistols now has a slight movement speed penalty. While not being able to aim down sights is a sizeable trade-off, movement speed has always been a top factor for success with short-range weapons. Lowering the movement speed while dual wielding creates more of a liability regarding range and positioning.

And that about wraps it up for the Season 5 patch notes. For more on the Black Ops Cold War Season 5 update, be sure to search for Twinfinite, or check out our guide wiki.