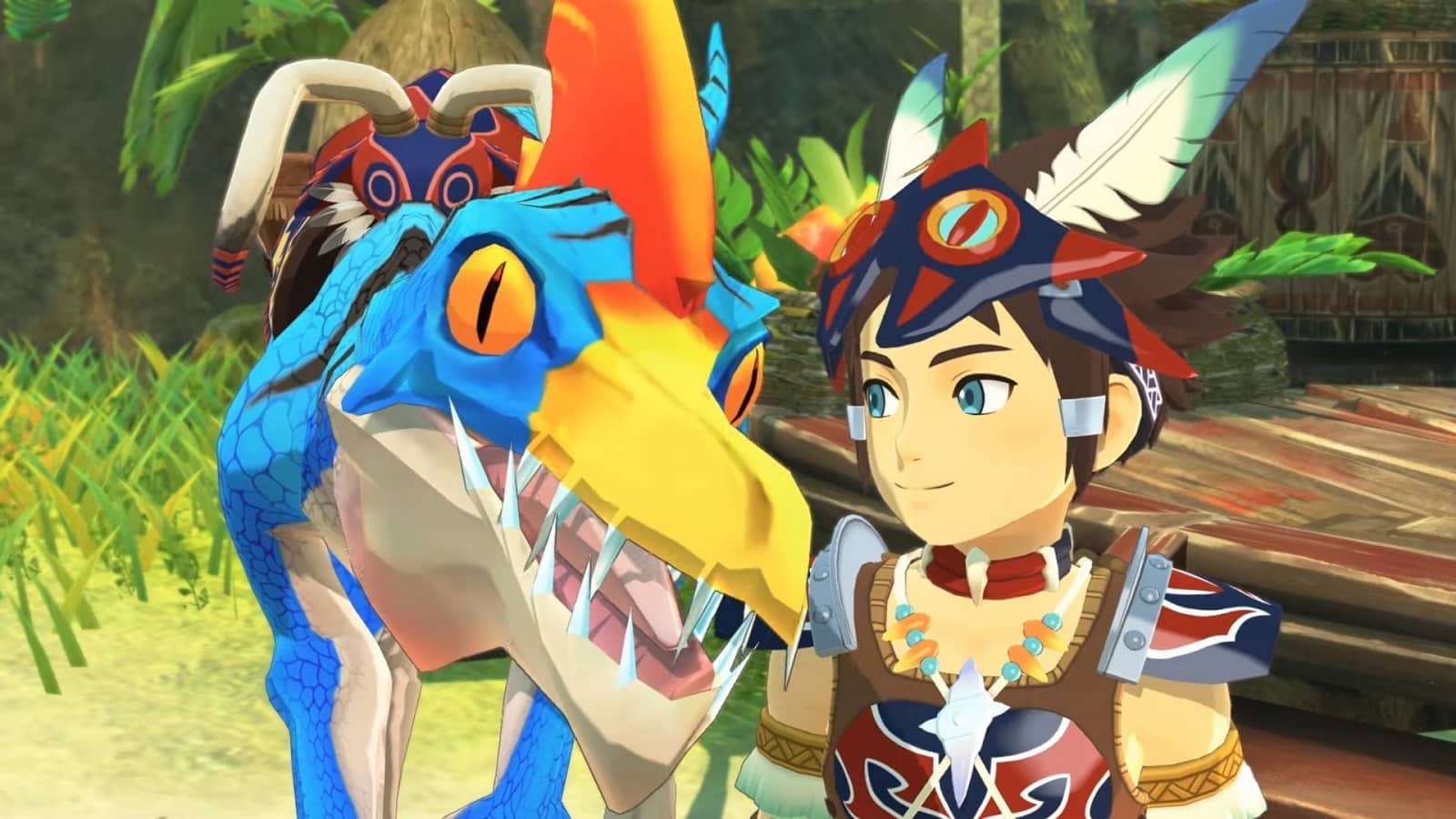 Below, we’ve included a full list of all in-game items you’ll get from redeeming your Deluxe Edition DLC:

This is quite a bit of content and so you may be wondering where you actually find all of these items in-game, or redeem them in the first place.

With the Monster Hunter Stories 2: Wings of Ruin Deluxe Edition only available as a digital download, you won’t have to worry about actually redeeming a code of any sort on the Nintendo eShop (or Steam). The Deluxe Edition DLC will automatically be downloaded alongside the game.

When you first load up the game, it will detect if you have the Deluxe Edition DLC installed. Now, when you go to start a new game, you’ll have to simply confirm via the on-screen message that you’d like to redeem all of the DLC.

Once you’ve done this, you’ll find the hairstyles within the Character Creator.

The layered armor sets can be accessed through the chest in your house once you start the game, so we’d recommend stopping off here as soon as possible to equip them.

Finally, Navirou and Ena will become available later in the game and cannot be missed. Once they’ve joined your party, you can change their cosmetic options through the chest in your house as well.

That’s everything you need to know on how to redeem Monster Hunter Stories 2 DLC. For more tips, tricks and guides, head over to our wiki or see more of our coverage on the game below.