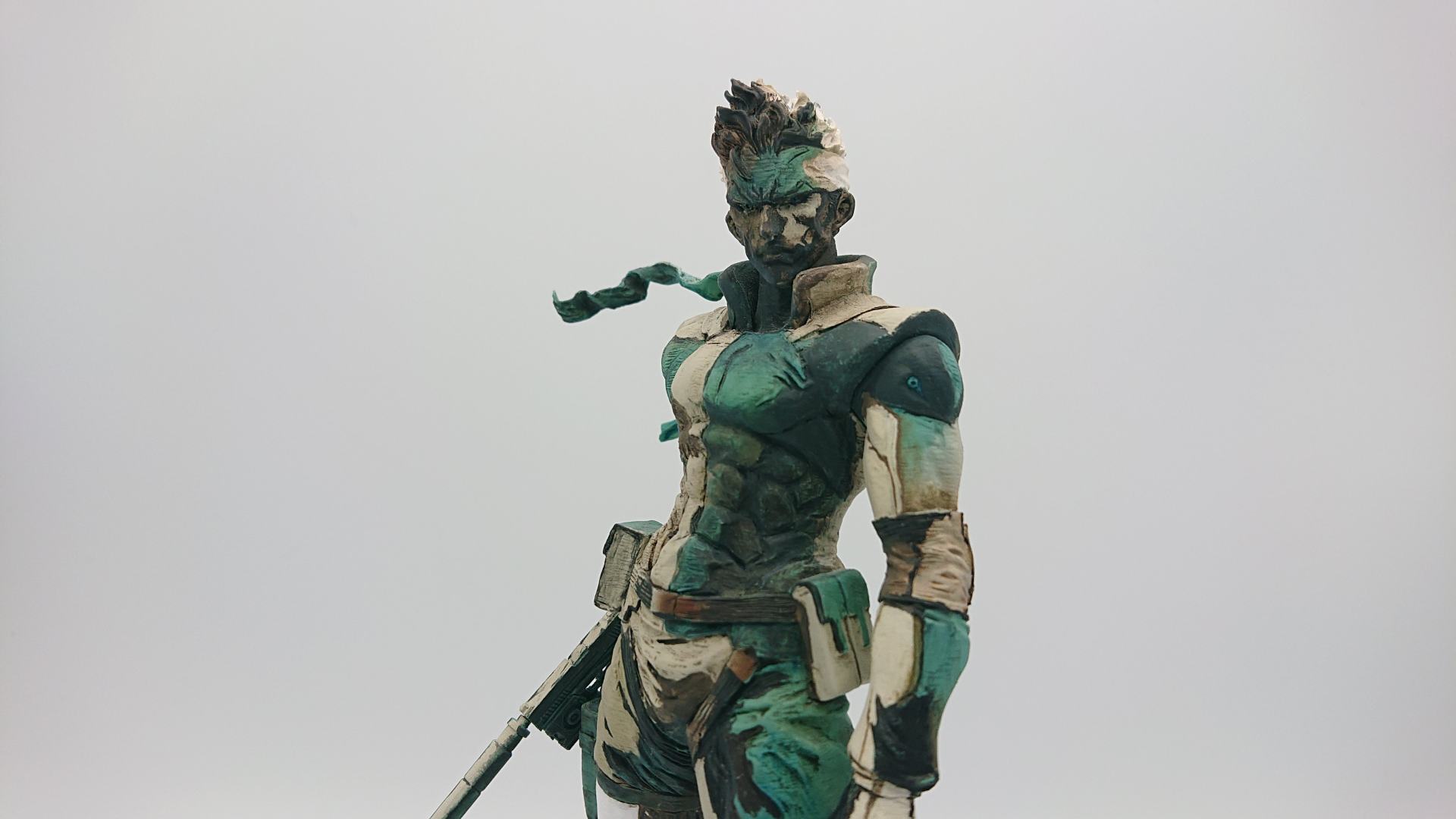 Over the years, Metal Gear Solid and its characters have been responsible for a lot of pretty awesome designs. From Quiet to Revolver Ocelot, just about every person in the series has a unique and interesting look to them. Despite all this time, though, no look will ever be as iconic as Yoji Shinkawa’s depiction of Solid Snake from Metal Gear Solid back on the PS1.

The green and white camoed image of Solid Snake has become synonymous with the series all these years later, as new and old fans alike have likely seen the artwork. To commemorate Shinkawa’s amazing work, one Twitter artist went out of their way to create an equally stunning action figure of the renowned image.

As you can see in the images above, the artists, known on Twitter as hollychanJD, completed a fully realized version of the well-known art of Metal Gear Solid Snake thanks to a prototype from Yuta Fukuya, also known as fukeyuta on Twitter. The end result speaks for itself, as pretty much everyone in the comment section stated they’d love to get their hands on one of these figures.

If you’re looking for more cool content, be sure to check out each of the social media for each of the artists we mentioned above. For Metal Gear Solid-related articles, you can simply look at the bottom of this article. There you will find plenty of stuff, including info about the live-action movie, a comparison with Death Stranding, and a spoof game that you’ll surely love.