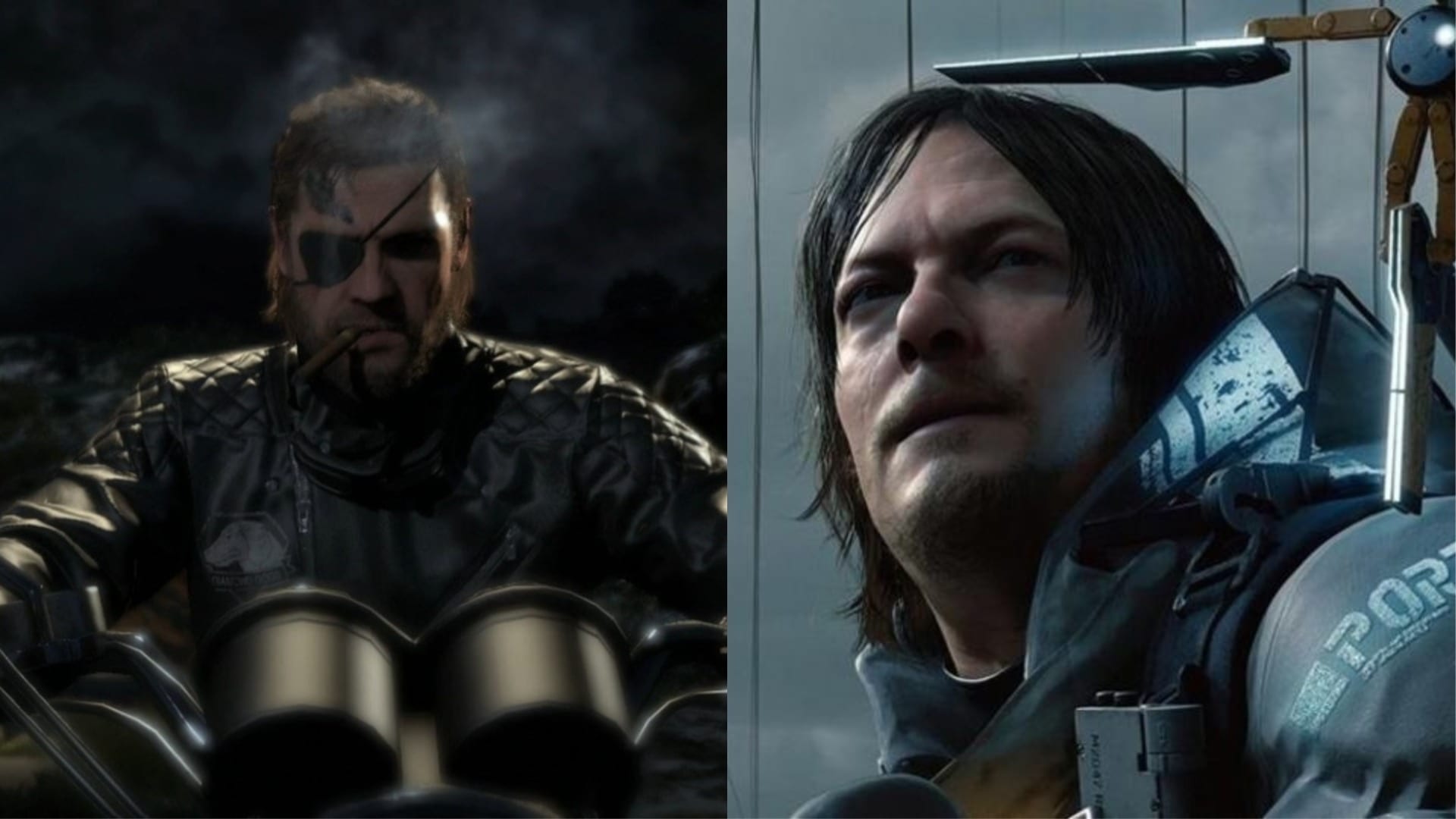 Death Stranding is an ambitious and unique new IP, something that feels rarer and rarer these days. As such, there’s a lot of world-building and lore to dive into, but the opening segments of the game can definitely be a bit rough to get through.

Kojima has always been known for his heavily symbolic, if not a bit heavy-handed storytelling, and Death Stranding fits that to a tee. Things certainly pick up as you keep going, though.

On the other side of things, Metal Gear Solid V picks things up with an incredibly bombastic opening mission. What you have to consider here as well, is that there’s so much emotion and nostalgia wrapped up into the narrative of MGS V.

Taking place at about the midway point of the franchise’s timeline, players once again take control of Snake, with a bit of a twist though. There are some interesting tidbits and revelations for longtime fans, as well as a chance to spend even more time with beloved characters like Revolver Ocelot.

Even though MGS V’s narrative fails to tie up some threads, and we know story content was cut, it’s still an emotionally-charged experience.

Death Stranding is fascinating, but it feels almost overly symbolic and metaphorical at times. It simply can’t top the way MGS V capped off one of gaming’s biggest franchises.

Essentially, Death Stranding is a delivery simulator where you play a “porter,” tasked with delivering packages around a post-apocalyptic America.

Planning your route, optimizing your load, and dealign with terrain are all essential parts of the experiences. Needless to say, Death Stranding is a very methodical experience.

MGS V, on the other hand, tightens and nearly perfects the stealth-action of the franchise. Every situation in MGS V can be tackled in a number of ways using the game’s various weapons, tools, and partners.

While they both have their own strengths, Death Stranding takes a while to wrap your head around. It’s emergent multiplayer systems are great, but the stealth-action of MGS V is simply unmatched.

A major aspect of both games is the open world, and how it ties into the gameplay.

In Death Stranding you spend a lot of time venturing through the world, finding new pathways to your destination. Mules and BTs will pose serious problems along the way, but you have a host of tools to help.

While there aren’t many huge things to do in the open world, there are tons of little details and items, not to mention all the player-created signs and objects. It’s an open world that, somehow, feels interesting despite being mostly empty, and a big part of that is because you have to figure out how to get your deliveries over the terrain. The world itself is an obstacle.

MGS V is the polar opposite of this, with an open world that just feels like a series of spaced out camps. Most of your time will be spent traveling between the various enemy encampments, and while there are things to collect, overall there’s simply not much to do.

The minute-to-minute gameplay is fantastic in MGS V, but the open world itself just isn’t engaging.

Both Metal Gear Solid V and Death Stranding feature a wealth of content to wade through, fleshing out the experience in different ways.

In Death Stranding this, once again, is built around the different deliveries you can make. Standard Deliveries are optional and let you build your reputation with different areas.

You can also find lost cargo from other players that you can then deliver to the destination, helping out both yourself and other players. Past that there’s a ton of emails and interviews to read through that provide additional lore and story, all in text format.

While there’s plenty to do most of it still revolves around that core delivery concept, and doesn’t have a ton of variation outside of that.

MGS V also sports a wealth of optional content, both story and gameplay related. There are countless extra missions you can take on during the main story, letting you capture new recruits or take down targets.

There’s so much more past that, however, with the whole FOB system that lets you invade other player’s bases or defend your own. Of course, we also have to mention the new version of Metal Gear Online, and while it may not measure up to other online shooters, it still provides plenty of options.

Then there’s the wealth of cassette tapes to listen to that provide more story, which are all voiced meaning you can listen to them while you play.

Hideo Kojima’s games are always hugely character-centric, and that applies to both the heroes and villains. Kojima has always had a unique brand of storytelling and character development, but Metal Gear Solid V and Death Stranding take it to all new levels.

This is partially because of the star power attached to both games, with some seriously talented actors portraying characters.

In MGS V we get to see Kiefer Sutherland (24) play the role of Snake, while other talented actors like Troy Baker (Joel in The Last of Us) plays Ocelot, Robin Atkin Downes (Travis Touchdown) plays Kaz, and Tara Strong (Harley Quiin) plays Paz.

There’s certainly talent there and the cast does a fantastic job, but somehow, Death Stranding even managed to one-up MGS V in that regard.

The sheer number of talented actors is staggering, and the emotional performances they give are what truly keeps the game’s story surging forward.

Combine this with the great cutscene direction and Death Stranding is truly an achievement in cinematic storytelling for games.

Death Stranding is a fascinating first attempt from Kojima Productions, and it does some truly original things. With that being said, it still can’t topple the behemoth that is Metal Gear Solid V.

Despite cut content issues, it’s still one of the best stealth-action games ever made, and show Kojima at his very best in terms of combining gameplay and story.

That said, both games are great, and depending on your personal preferences you might like Death Stranding even better. You can’t go wrong with either.