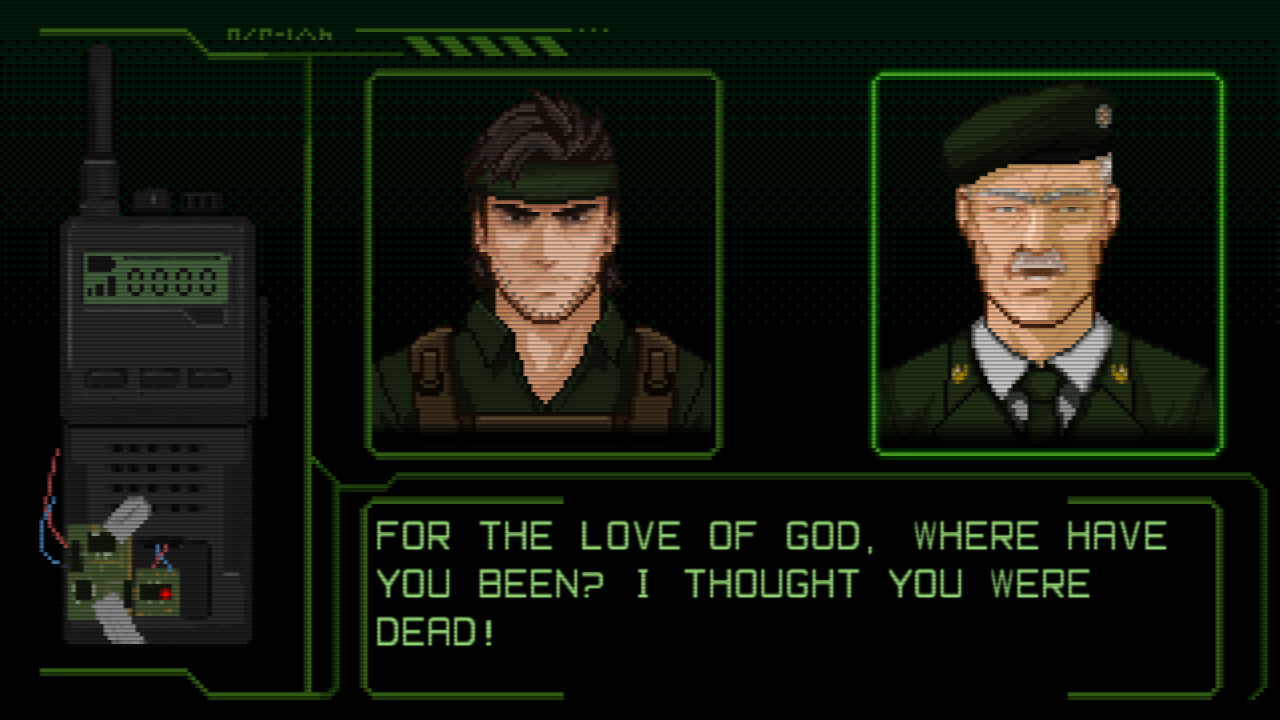 Today, during the Guerrilla Collective livestream, Versus Evil showcased a new trailer of Unmetal.

The game, which is coming soon on Steam, is a 2D stealth action-adventure that will certainly prove rather familiar to fans of the series.

You can check out the trailer below and see if anyone calls Snake.

“In case you’re not familiar with Unmetal, you can find an official description below.

You play as Jesse Fox who finds himself imprisoned in a covert military base where he was arrested for a crime he didn’t commit. Jesse must now escape using his dry wits, quick words, improvised skills, arsenal of warfare, violent explosives, MacGuyvered gadgets, and an elaborate explanation of how it all went down. If that all fails, he’ll use his fists.”

If you’re curious about the other games showcased during the Guerrilla Collective stream, you can watch the full recording on demand here.