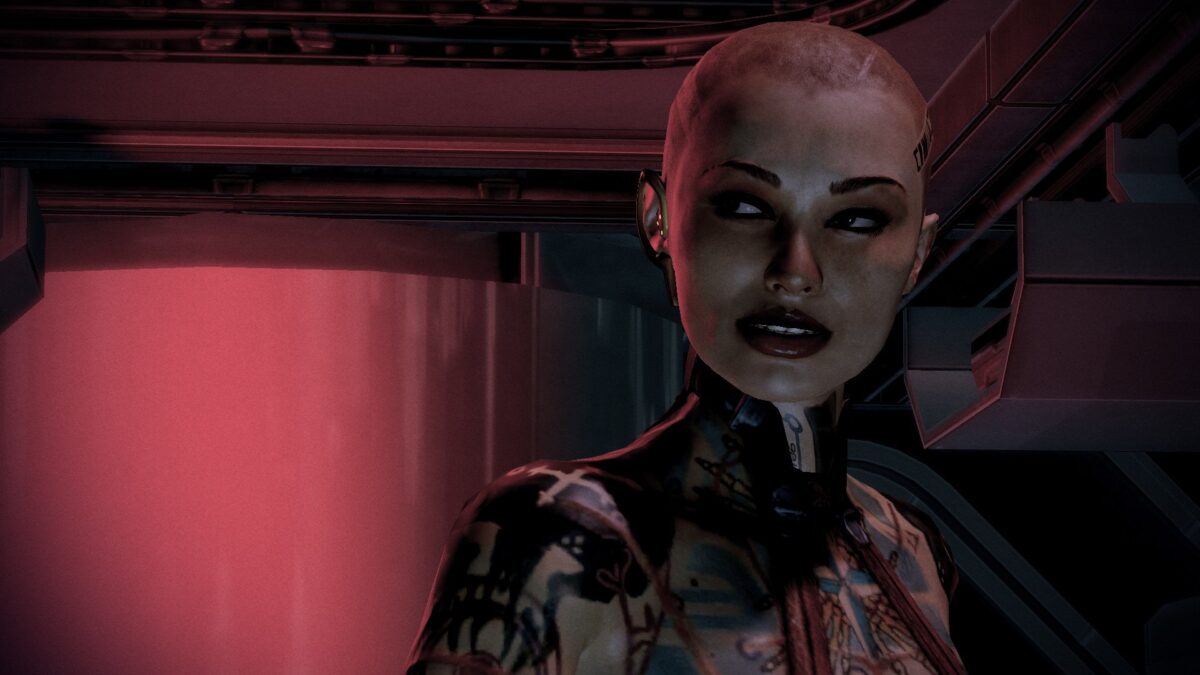 Jack isn’t one of the original members of Shepard’s crew, but she definitely leaves a lasting impression from the very first moment that she appears in the series. She doesn’t join until after Mass Effect 1, so here’s how to romance Jack in Mass Effect 2 and 3.

How to Romance Jack in Mass Effect 2

First of all, you need to be a male Shepard to romance Jack. After you’ve recruited her by completing Dossier: The Convict, she’ll be on the lower level of the Normandy all alone. After a few conversations, you’ll get the chance to have a one-night stand type fling with her.

She thinks you’re talking to her just for sex and she makes that very clear. Be sure to decline her offer by avoiding the “Yes, I want you” option, because if you don’t, she’ll never open up to you for the rest of the game, and a romance will be impossible.

You can finally start to open up her romance storyline after completing her loyalty mission, Jack: Subject Zero. After a few more short conversations, make sure to choose options that don’t set her off, and finally, you’ll get the chance to choose “I’m interested” which will begin the romance.

Once you complete both Jack’s and Miranda’s loyalty missions (in either order), they’ll get into an argument. At that point, you’ll need to choose who to side with, or settle the argument yourself if you have enough Paragon or Renegade points to do so. If you don’t, side with Jack. Miranda’s loyalty can be regained through another conversation with her with another Paragon/Renegade check right after the argument.

Some time after saying you’re interested, you’ll have the option to say “I want to talk about us” which allows you to learn more about Jack. Make sure to assure her that you’re staying with her. In following conversations, Jack will open up even more, and when she does, give her time to do so. Rushing her, cutting her off, or not showing interest can lead to ending the romance.

Finally, Jack will enter your room just before the Suicide Mission. Choose “I’m glad you’re here” to lock in the romance for Mass Effect 3. Make sure she survives the mission to see her again in the sequel.

Jack will no longer be a part of the regular crew on the Normandy in Mass Effect 3, but she’ll still make several appearances. However, she’s completely missable, so be sure to accept and go through with the mission at Grissom Academy after completing Priority: Palaven in order to see her.

Once you’ve completed the Grissom Academy mission, Jack can be found at the Purgatory bar on the Citadel. Speak to her there to confirm the romance and lock it in once again. She isn’t in the game much beyond this interaction, except for in the Citadel DLC questline which is now included in the Legendary Edition.

Those Citadel quests will provide a bit of extra fun dialogue with Jack, but outside of that, you’ll only have one last call with her before the final mission in Mass Effect 3.

That’s everything you need to know about how to romance Jack in Mass Effect 2 and 3. Check out our guide wiki for more tips, tricks, and other romance guides for the Legendary Edition. You can also have a look at the related articles below for more of our Mass Effect coverage.