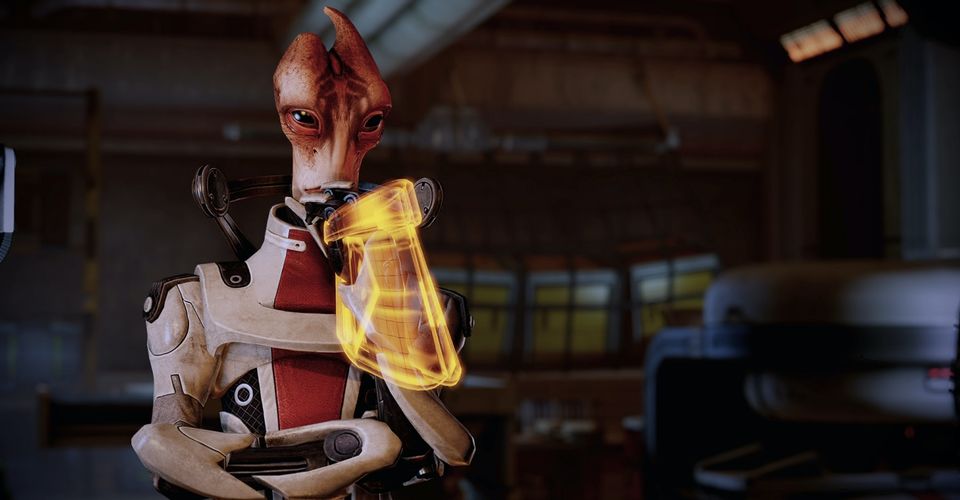 The final installment in the original Mass Effect trilogy is ripe with do-or-die choices and consequences for past actions. Some will determine whether popular side characters survive to the conclusion, while others will decide the fate of your squad members current and former. As such, you’ve probably been wondering: Can you save Mordin in Mass Effect 3 by making certain decisions, or is his fate sealed?

Fortunately for you, we’ve got the answers you’re looking for. Read on to find out how to impact Mordin’s fate, when the choice to alter it occurs, and more. Oh, and fair warning: There are *Massive Spoilers Ahead*.

Can You Save Mordin in Mass Effect 3? Answered

During Mass Effect 3’s main story mission “Priority: Tuchanka,” Mordin will need to stay behind in the exploding Shroud tower in order to successfully disperse a cure for the Genophage. Under the majority of playthrough scenarios, there is no way for Mordin to survive the blast and he will die as a result.

However, there is one way for him to get out of the tower in time and keep on living if the proper conditions are met. Said conditions are determined by actions taken in all three games in the trilogy, though, so it’s fairly time-consuming to pull off.

To start, you’ll need to have failed to talk down Wrex during his confrontation with Shepard on Virmire in the first Mass Effect. This will result in his brother Wreav being made the leader of Clan Urdnot, and in their focus remaining on conflict instead of repopulation.

Likewise, you’ll need to have destroyed Maelon’s Data during Mordin’s Loyalty mission in Mass Effect 2. This will result in Mordin being unable to properly treat Eve while developing a cure and her dying as a result.

Finally, you’ll need to withhold the information about the Shroud being sabotaged through the entire mission. This way, Mordin won’t know about it until he reaches the tower, and can be convinced through dialogue to abandon the tower and survive in order to guide the Krogan toward a better future in Wrex and Eve’s absence. He’ll then escape, and notify you of his survival via a message later on in the story.

That’s everything there is to know about whether or not you can save Mordin in Mass Effect 3. For more on the game, check out our Mass Effect Legendary Edition guide wiki. It’ll help you get the best possible ending, save as many allies as possible, and much more.