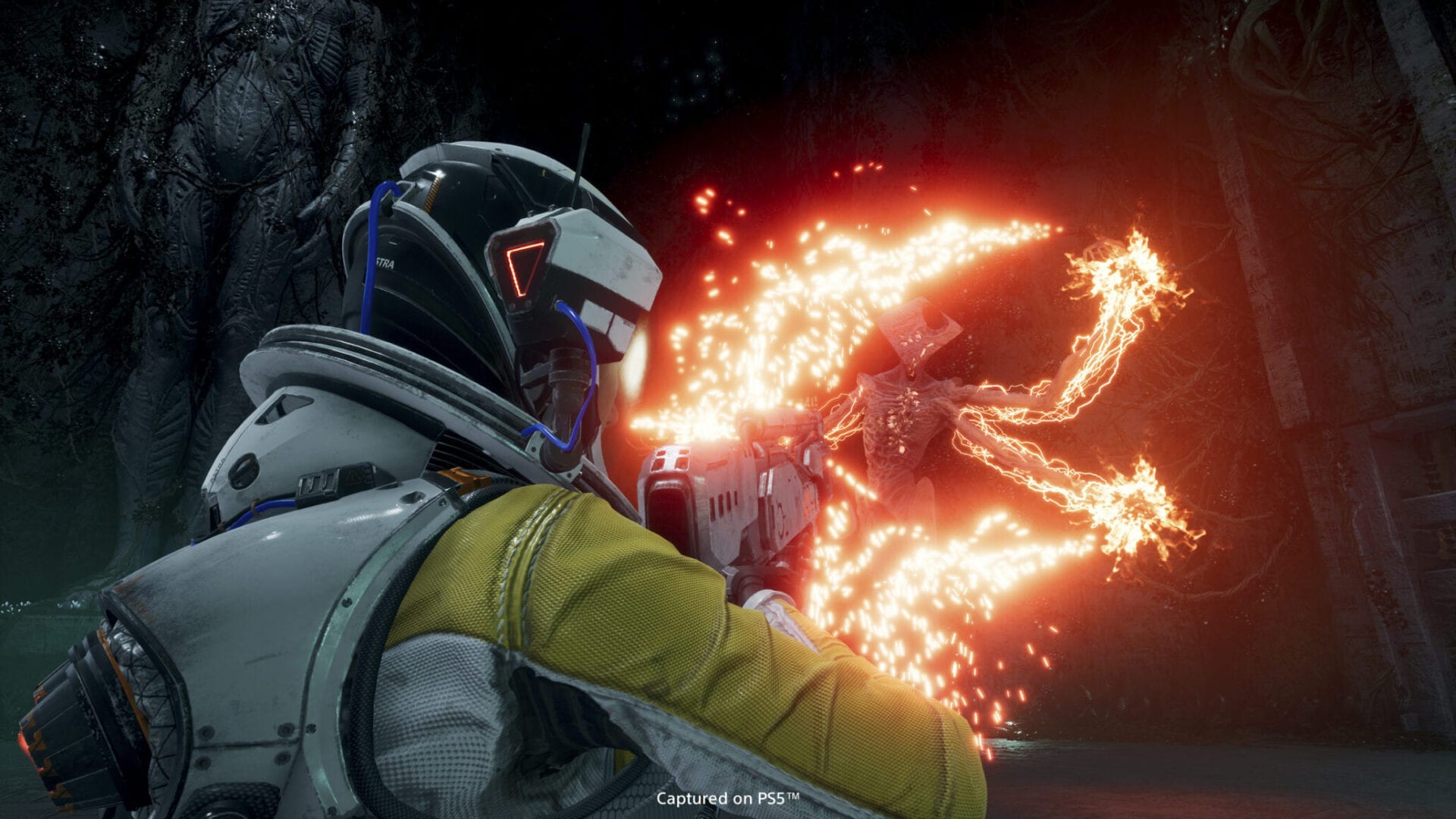 After watching Selene’s ship — the Helios — crash land in the opening cutscene of Returnal, players will find themselves exploring the world of Atropos. Every time they die on the planet, they’ll respawn back at the Helios crash site. There’s not a whole lot on the ship of interest to players, but there is a mysterious red, locked door in Helios that you’ll absolutely want to get inside. Here’s how to open Helios’ locked door in Returnal to access the Cargo Bay.

To open Helios’ locked door in Returnal, you need to beat the final boss fight against Ophion in Act 2’s Sunken Depths. This requires players to have got through all six of the game’s biomes, beating each of the boss fights that take place at the end of each one.

Once you’ve done this and have watched the credits roll, you’ll then be able to return to the Helios and open the red locked door, granting you access to the ship’s Cargo Bay.

What’s Inside the Cargo Bay?

The Cargo Bay has an item that allows you to change between the game’s two sets of biomes (separated into Act 1 and Act 2 respectively) at your choosing.

This is particularly useful for picking up the Sunface Fragments in Returnal’s Act 3, granting you access to the game’s true ending.

It also means you can quickly blast through and find any Xenoglyphs you might have missed on your previous runs, or just replay boss fights that you particularly enjoyed. You masochist, you.

That’s everything you need to know to open the red locked door on Helios in Returnal. If you’re looking for more tips, tricks, or other general info to help you survive life on Atropos, head on over to our guide wiki.